This was where Dylan Armstrong left off for most Canadians.

A fourth-place finish at the Olympic Games, four years ago in Beijing, where the behemoth shot putter from Kamloops was a mere one centimetre from the podium.

For some, the agony of coming that close would be a setback.

For Armstrong, it was the best thing that had ever happened, capping a long and winding road just to get to the Games.

"That changed his life. Beijing," his mother, Judy, said. "Wherever he went, people suddenly knew who he was. He was able to secure sponsorship, compete anywhere. Prior to that, there wasn't much."

In London, Armstrong enters the start of the track and field events (men's shot put will be the first athletics medal awarded Friday) as one of Canada's top medal hopes and one of the leaders of a young and inexperienced athletics team.

The story of how he got there, at 31, is unique in that Armstrong was competing in a different event – the hammer throw – throughout his teens and early 20s and had only begun training to throw the shot a few years before Beijing.

The impetus for that switch was the arrival of Anatoliy Bondarchuk, a legendary coach who won gold in the hammer throw in 1972 for the Soviet Union and moved to Kamloops in 2004 to be closer to his daughter in Calgary.

It took the man known in track circles as Dr. B mere weeks to see why Armstrong was unable to crack the world elite in the hammer throw: His 6-foot-4, 310-pound frame was far-better suited to the shot put circle.

They switched events, and Armstrong's throws went from 19.55 metres in 2004, to well over the Olympic qualifying standard of 20.30 in under two years.

"In the beginning, it was very hard for him," Judy Armstrong said, speaking for her son, who declined interview requests in the weeks leading to the Games. "But he slowly started to see this would be his event."

After Beijing, with increased funding and the ability to move to the U.S. in the winter to train year round, Armstrong's totals continued to improve.

He has since surpassed his 21.04-metres toss in Beijing – which was then a personal best and national record – again and again in competition, winning a silver medal at the 2011 world championships and the overall Diamond League title.

His 22.21-metres throw at the Canadian championships last June then broke his national record again, and stood as the world's best mark in 2011.

"I would dare say he's had 50-plus throws further than [in Beijing] in the last two or three years," Canadian athletics coach Alex Gardiner said. "It might even be over 80. It's ridiculous. He's had dozens over 21.50."

For Judy Armstrong, the last two or three years of success has been just reward for years of frustration for her son, who she first signed up to the Kamloops Track and Field Club as a nine-year-old.

Now the president of the club and a registered throwing official, the single mother of two boys boarded a plane to London on Wednesday to watch her eldest compete for a medal.

Unlike in Beijing, where Armstrong was an underdog, the pressure on him to deliver will be immense at these Games, and the men's shot put field is competitive enough that any of six or seven throwers is capable of winning.

Those who know Armstrong well, however, believe he has prepared harder than anyone and will be able to deliver.

"Basically, he's a man on a mission," said Olympic teammate Sultana Frizell, a hammer thrower who also trains under Bondarchuk in Kamloops. "He doesn't really talk about Beijing at all. He's not bitter about, but I think there's a little fire in there and he definitely wants to be on that podium."

Judy , meanwhile, hopes her son wins the hearts of those watching back home regardless of the result. He has earned at least that much, she said.

"He has done whatever he could to make Canada proud," she said. "I know that in my heart. He has never, ever missed a day. … If he gets a medal, it's a bonus – and I hope and pray he does – but he's just worked extremely hard for this."

How a Soviet hammer throw champ pushed Dylan Armstrong to the top
August 2, 2012 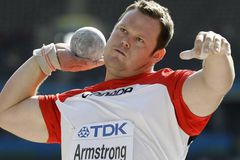 A look at the competition Dylan Armstrong will face in Olympic shot put
August 2, 2012 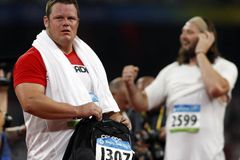 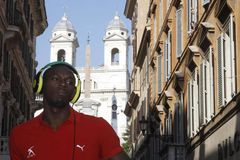