A comeback that defies belief and another comeback that is merely extraordinary. Then there was the star ascendant and the star eclipsed, the first performing acrobatics on snow no one's ever done before in competition and the second going down with a broken rib two weeks before the 2014 Sochi Winter Olympics – all of it in one weekend at the Winter X Games.

On the slopes of Buttermilk Mountain in Aspen, Colo., at the aptly named X Games, was a riveting preview of the Sochi Games. The weekend was both wonderful and painful for Canada's best skiers and snowboarders.

The most amazing Canadian result came courtesy of Kaya Turski. The 25-year-old tore the anterior cruciate ligament in her left knee less than six months ago, an injury that should have ended any hope of Sochi glory. Instead, after innovative surgery by Dr. Robert Litchfield in London, Ont., and condensed intense rehabilitation, Turski won gold on Sunday afternoon in women's ski slopestyle – for the fourth time – in her first competition since her injury.

It was a resounding way to announce the veteran is still the favourite for gold at the Olympics.

In the women's ski halfpipe, Rosalind Groenewoud earned a silver medal in her first competition since arthroscopic knee surgery – in both knees – 5 ½ weeks ago in Banff by Dr. Mark Heard. She had hurt the lateral meniscus in both knees earlier this season but coped with pain. Then she further hurt her left knee and needed surgery to even consider skiing her best. Her silver medal on Friday night announced to the world that the women nicknamed Roz G is still a podium favourite in Sochi.

In the men's snowboard slopestyle, the drama cut both ways for Canada – and a rematch will be the highlight of the first day of competition in Sochi, when the event is the marquee sport on Feb. 8.

On Saturday in Aspen, 19-year-old Maxence Parrot, who won silver last year behind Mark McMorris's second-consecutive gold, overcame his Canadian rival. McMorris's success has sparked fame. A year ago, Rolling Stone asked in print whether McMorris was the next Shaun White. McMorris's face is on the cover of the current issue of Transworld Snowboading, with the caption: "Unbeatable?"

To beat McMorris, who had been the presumptive favourite for gold in Sochi and the subject of much media attention, never mind his reality show on MTV Canada, Parrot delivered runs with a trick, and a sequence of two tricks, that no one had ever accomplished before in competition.

"Max Parrot has arrived," marvelled an ESPN announcer on Saturday.

However, it wasn't over. McMorris, standing in second, had a final run to top Parrot and seize his third consecutive X Games gold. The secret talent of the easy-going 20-year-old snowboarder from Regina is his preternatural calm in the crucible of competition. He has always delivered when it counted. But on Saturday McMorris made a hugely uncharacteristic error, clipping the toeside edge of the middle of his board on the start of a rail feature on the upper part of the 600-or-so metre course. The mistake flung him forward in a careening somersault through the air, with McMorris coming down hard on his midsection on the kink of the metal rail. He skidded to a stop on the snow, badly winded, with a broken rib.

McMorris went to hospital and was released the same day. Speaking with doctors, specialists and others, McMorris said in a statement: "I will continue as planned with travelling to Europe [Sunday] and recovering for the Olympics. While I'm sore, I'm continuing my road to Sochi."

The X Games are always a rollicking affair, one that has hardly gone unnoticed by the International Olympic Committee, since the events in which Canada displayed its talent for ski and snowboard acrobatics are all making their debut in Sochi. It is a primary reason Canada is predicted to once again be near the top of the medal table, with the Dutch consultancy Infostrada Sports forecasting a total of 11 golds and 31 medals for Canada in February, ranking third in both categories.

It would be more medals than Vancouver, but fewer golds – a forecast that would be much worse if not for the new events borrowed from the ESPN-owned/created/run X Games, which until this year's Sochi Olympics was the acme of these sports.

Over the weekend, Canada didn't hit that mark, scoring six medals, two of them gold.

The other two podiums were Spencer O'Brien's bronze in women's snowboard slopestyle. O'Brien, a veteran, is forecast to reach the Sochi podium. Kim Lamarre, a 25-year-old from Quebec who has torn an ACL three times in her career, won a surprise bronze in women's ski slopestyle, joining Turski on the podium.

There were also two fourth-place finishes, each by a single point, from athletes predicted to medal in Sochi, Mike Riddle in men's ski halfpipe, and Dara Howell in the women's ski slopestyle.

Then in the women's snowboard cross (snowboard X in the parlance of X Games), 2010 Vancouver gold medalist Maelle Ricker struggled before winning the consolation final, with a time that would have won bronze if she was in the final but instead finished 7th. Dominique Maltais, who had a bronze in 2006 in Turin and gold at X Games 2012, also missed the finals, tweaking her knee, but should be fine for Sochi. 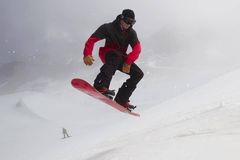 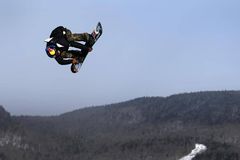 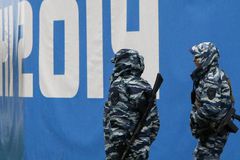 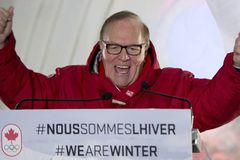 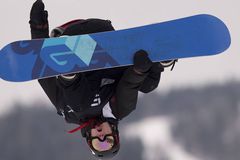 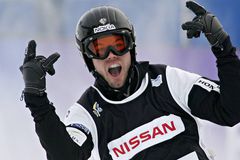 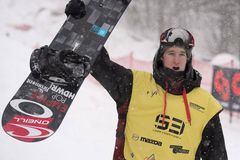 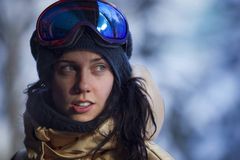 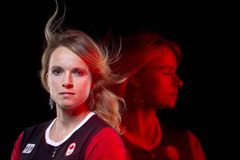