The International Paralympic Committee is raising serious concerns about Rio's ability to host the Paralympic Games, even as the city lurches toward the end of Olympics that have so far been successfully largely by dint of the disasters which were averted.

Paralympic organizers say they are critically short of funds that were supposed to be provided by Rio2016, the organizing body for both sets of Games, which reportedly has a deficit of $100-million. And organizers are also suggesting that funding intended for their competition was used to fix last-minute emergencies at the Games now under way.

An effort to secure a last-minute bailout by the city has been blocked by a court process launched by prosecutors who say no more public money can be spent on the sporting mega events. The federal government has also pledged funds – in clear violation of a public-accounting law that forbids funding the private organizing committee.

Meanwhile, just 12 per cent of tickets to the Paralympics, which begin on Sept. 7, have been sold.

Senior Paralympic Committee members have been holding urgent meetings with government officials at the federal, state and city levels in an effort to shore up last-minute financial support. On Monday, Rio Mayor Eduardo Paes promised up to $61-million, but that help is blocked by an injunction sought by federal prosecutors who say the city can't hand over the money until it makes Rio2016 open up its books for public review. They say various levels of government are already spending public funds on the Games in ways that were never approved. Eliseu Padilha, a federal cabinet minister, said the government would give Rio2016 $48-million – even though a transparency law bars such a transfer.

"We intend to avoid having public resources allocated anywhere there is not real need," said Sergio Pinel, a prosecutor on the case who is part of a special task team looking at Olympic spending. "We want to know why the government is being asked to take responsibility for this. And we are investigating whether the solutions being proposed are within the law. The government cannot bear costs that are not its to bear, cannot transfer funds to a private entity without proper proof of actual need. We need transparency."

Rio2016 is a the local organizing committee for the Games; it draws its funding from ticket sales, sponsors and licensing agreements, as well as some transfers from the International Olympic Committee. Because the sponsorships and licensing deals are contracts with private industry, the committee insists it cannot open its books. Twice now, Brazilian judges have ruled this is not defensible, and on Monday an appeals judge upheld an injunction on giving the committee further funds until it opens the books.

The federal government is already de facto funding Rio2016, although this is against federal law, by providing electricity and security services through the National Guard, Mr. Pinel said. But the committee has always refused to provide access to its budgeting. Two weeks before the Olympics began, Rio2016 told prosecutors it had no deficit, he said. "And now they say that the Olympics and Paralympics may be jeopardized [without a bailout]? Monday we had a meeting with the judge and with the committee, and they persistently used the argument that without these funds there will be no Paralympics …"

Craig Spence, spokesman for the IPC, said his organization is struggling to understand even the scale of the crisis. "We've been in liaison with the organizing committee for a long period of time, and they cannot put their exact finger on how much the deficit is, which is a problem. Each time they come to us with cuts, we negotiate and accept them. But effectively we're in their third round of cuts for the Games, and we're still missing the travel grants for our participating countries."

Each of the 165 national Paralympic committees that send athletes to the Games are meant to receive travel grants (altogether valued at about $10-million). They still don't have it, Mr. Spence said. "One in three countries will be unable to afford to attend – for us, it would be an absolute tragedy." He said the funding situation for the Rio Games is unprecedented.

"What we fear is that budget allocated for the Paralympics was siphoned off for things like the last-minute repairs they needed on the Athletes Village, all the things Rio didn't expect," he said. "When Rio2016 won the right to stage these Games seven years ago, they knew they had to stage two Games."

The organizing committee refused to comment on the matter on Tuesday. "Rio2016 will not discuss this, given there is an injunction in force," the committee said in a statement. But the organizers insisted the Paralympic budget has not been reallocated. "Bear in mind that the Paralympic Games have 28 sponsors, and no funding allocated for the Paralympics has been used in the Olympics."

The failure to release the travel grants presents a significant challenge for small countries where all sport, particularly for disabled athletes, is underfunded. "At the moment, because of the economic situation in Zimbabwe, it will be very difficult for us to send any team if such a situation persists," said Lewis Garaba, secretary-general of that country's Paralympic Committee.

"It's a bit difficult – we count on that money," said Francisco Membreno, who heads the committee in Honduras, which had planned to send a swimmer and a power-lifter. "It's important for our country because our profile [as disabled athletes] here in Honduras is low. The chance to participate means many people who don't know about us get a chance to see us, and that helps people all over country to have a larger participation in society."

Even larger countries rely on the funding that is committed by the host organizer, said Martin Richard, chief of communications for the Canadian Paralympic Committee. Canada plans to send approximately 150 athletes and 150 support staff to the Games, and while their flights to Rio are secure regardless of whether the travel grant arrives, a funding shortfall will affect the committee's work.

"If you plan on getting a certain amount of money, whether from the public or a sponsor, you account for it in budgeting – and if the money doesn't come in, it puts the Paralympic committee at risk," Mr. Richard said. There are already programs training athletes for the 2018 Winter Games and the next Summer competition in Tokyo in 2020.

Mr. Richard is concerned about what happens when Canadian competitors get here: How much is left in the budget to ensure that their transport, media coverage, and nutrition is at the standard originally planned? "The biggest worry internationally is, will what was promised be delivered," he said. "We're hearing a lot about revisiting the operational plan."

Brazil is staging the Games in the teeth of a deepening recession with unemployment over 13 per cent. In Rio, schools have been shuttered for months because the state cannot pay teachers.

Mario Campagnani, an activist who opposed the hosting of the World Cup and Olympics, said citizens of Rio cannot be expected to bail out the Games. Their governments have already lavished resources on the events when hospitals lack staff and even oxygen, he said. "Of course, none of that is the Paralympic athletes' fault, but it's also not up to the people of Rio to pay the price for what the IOC is doing."

If money is missing from the Paralympic budget, then spending must be investigated, and the shortfall made up by the party responsible. "Them, not the Brazilian people."

Mr. Spence said the IPC wants Rio2016 to open its books so the injunction can be lifted and governments can transfer funds. "From our point of view, it's a simple solution for the committee – there's funding available. Make your accounts public. What do you have to hide? We are urging them to make the accounts public so that public funding can start being pumped back into the organizing committee."

He said he can understand if residents of Rio are not happy at the idea of more government funding going into the event, but they underestimate the "transformative" effect the Paralympics will have. "The legacy is … a more socially inclusive city. There is a big divide between the rich and poor, and what we want to do is bring everyone together. … Brazil has a lot of challenges now, and when people see a Paralympian in action, they say, 'Yes, we face challenges, but there is also an opportunity here.'

With a report from Elisângela Mendonça 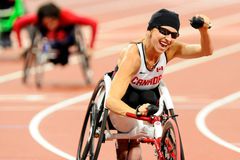 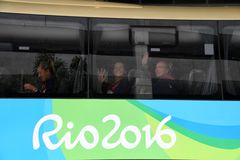 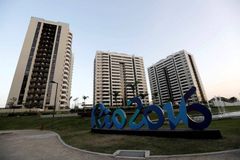