Canada's Kevin Koe scored three in the third end and held on to beat South Korea 7-6 on Friday at the Winter Games.

The victory improves Koe's Calgary-based rink to 4-0 and atop the men's round-robin standings.

The Canadians had a deuce in the seventh end, but gave up a deuce of their own in the ninth. Korea stole a single in the 10th end but it wasn't enough.

The Canadians return to the ice on Saturday with a draw against Sweden, which is also undefeated at 4-0.

OPINION
How much pressure is on Canada’s curlers? Just ask the Swedes
February 14, 2018 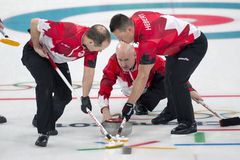 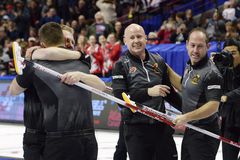