Jonathan Toews pushed Matt Duchene into the centre of the ice as Team Canada started to stretch before practice. After sitting out as the 14th forward against Latvia, Duchene is back in the game following an injury to John Tavares.

Duchene will replace Tavares in Canada's lineup for the Olympic semifinal showdown with the United States on Friday after the star centre suffered a tournament-ending knee injury.

It's also a season-ending injury, as the New York Islanders confirmed their franchise player tore the medial collateral ligament and meniscus in his left knee on a hit from Latvia's Arturs Kulda. The team said he would remain in Sochi with Team Canada for the rest of the Olympics before returning home for further evaluation.

In the meantime, Canada must go on without him, and that means Duchene stepping into his spot centring the fourth line between Patrick Sharp and Rick Nash.

"Johnny's been playing great for us, and hopefully he has a speedy recovery," Duchene said. "But it's a big opportunity for myself now, chance to play centre, to play where I'm comfortable. There's been a lot of unfamiliars in this tournament, and when you get a short chance at it, sometimes can be tough, so this is going to be much more familiar."

This is where Canada's best-in-the-world depth at centre provides a big advantage. Duchene goes from being a healthy scratch in two of the first four games and playing left wing in the other two back to the middle where he plays for the Colorado Avalanche.

Duchene called speed his biggest asset, and it's undoubtedly one reason coach Mike Babcock plugged him in where Tavares had been playing.

"That's why we're set up (with so many centres)," Babcock said. "Duchy's a real good centreman with great speed, so we're not concerned about him that way."

Another reason might be that it meant not having to mess with the other three lines. Again in practice Thursday, Sidney Crosby centred Chris Kunitz and Patrice Bergeron, Ryan Getzlaf centred Jamie Benn and Corey Perry, and Toews centred Patrick Marleau and Jeff Carter.

If those lines stay together against the U.S., aside from Tavares out because of injury, it'll mark the first time Canada had consistent lines two games in a row. That's not any accident.

"We like what we got going," Babcock said. "We're trying to build a team here, too. We're trying to make everybody important. We knew there was going to be some lineup changes."

In some places, there are no changes. Carey Price will start in goal for the third straight game and fourth time at these Olympics, and the same defensive pairs of Duncan Keith with Shea Weber, Marc-Edouard Vlasic with Drew Doughty and Jay Bouwmeester with Alex Pietrangelo are expected to stick together.

Given that the forwards have scored only six of Canada's 13 goals through four games, there might be some benefits to building chemistry from game to game.

"That can add a little bit of comfort going into the next game if you're playing with the same guys and you kind of get that rhythm together," Getzlaf said. "But ... that can change with the drop of the puck, so you've just got to be prepared for everything and be prepared to go out and work that system no matter who you're playing with."

Kunitz took Tavares' spot on the power play with Crosby, Carter, Sharp and Keith. The other unit of Toews, Getzlaf, Perry, Weber and Doughty remained the same. 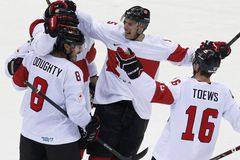 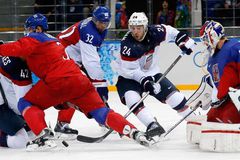 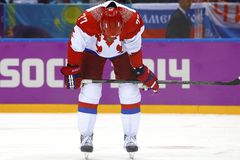