The Canadian Olympic team, led by flag-bearer Hayley Wickenheiser, all but splitting her face with a smile, poured up from below and flooded Fisht Olympic Stadium.

For a moment, the opening ceremony was all about Canada, host site of the 2010 Winter Games.

But only for a moment.

For about 60 young volunteers gathered at the Fregat Hotel along the Black Sea at nearby Adler, it was all about Russia, host site of the 2014 Sochi Winter Games.

Lacking tickets Friday, they chose to create their own mini-stadium by arranging lobby sofas, dining-room chairs and coffee tables around a cranked-up television.

They stood as one to belt out their anthem as their flag was raised.

They cheered and whooped and pumped fists as the Russian delegation emerged at the stadium, and cheered again when the camera turned to show Vladimir Putin, President of the Russian Federation.

No more adoring than these young people gathered under a half-moon and in a darkened hotel lobby 15 kilometres south of the Olympic coastal venues.

"For me, this is something special and unique in my life," 20-year-old student Kate Litvinova said.

"This is the one time the Olympics will be in my country in my life. I wanted to volunteer for the recollections – to be able to tell my children and grandchildren.

"They will be proud of me and they can say, 'Grandma was part of the Sochi Olympics!' "

"Incredible," added 19-year-old Victoria Alekseenko, who studies linguistics at Pyatigorsk University. "I never imagined taking part in so great and unbelievable event for our country.

"It's so big for me in my life. I feel needed. To be able to be helpful and to give guidance to foreigners means so much to me and makes me so proud," she said.

"We take no money for this, but we can move freely around and see everything. It's so great to hear the different languages and see all the smiles. It's so cool to take part in this.

"This will be in my memory forever."

The opening ceremony is supposed to do just that, and this magnificent event in Sochi will long be recalled – by some for its exceptional beauty, by others for its extravagance.

Only this past week, Princess Anne told fellow International Olympic Committee members the opening ceremony had reached a point where it was over the top, excessive and reduced the parade of athletes to a mere "add on."

"I am old enough that I remember when the opening ceremonies was only with the athletes," she told British media. "To me, the balance has gone too far the other way."

The Princess Royal was born in 1950, so it's unlikely she recalls any Olympics that opened with the athletes alone – but there was a time.

When French Baron Pierre de Coubertin revived the Olympics for the 1896 Athens Games there was hardly any marking of the start. The second Games, held in Paris in 1900, barely merited notice.

De Coubertin, in fact, originally envisioned a Games that would have no politics, no flags, nothing like the modern Olympics have become. It wasn't until London in 1908 that the athletes paraded under their flags.

De Coubertin was, however, completely in favour of a cultural spin to his Games.

But he could never have imagined this. The ostentation, the size and, usually, the expense just keeps climbing to, well, new Olympic records. These Games are said to cost more than $50-billion (U.S.).

To be sure, there have been memorable moments: the Paralympic archer who lit the Olympic caldron with a flaming arrow in Barcelona in 1992; the snowboarder who flew through the Olympic rings in Vancouver in 2010; the "Queen" parachuting into the London Games in 2012; and perhaps most memorable, the grim determination of Parkinson's sufferer Muhammad Ali as the boxing legend lit the flame in Atlanta to open the 1996 Summer Games.

There have also been slips: the fourth leg of the cauldron failing to rise in Vancouver; the little girl in Beijing in 2008, who stood in for the real singer because she was more attractive; the doves of peace that were released at the 1988 Seoul Games being fried alive when they settled on the cauldron just as it roared into flame.

Indeed, there is much to debate about what the opening ceremony has become over the years, but not here, not in this crowded, happy lobby along the seaside esplanade.

And as for their lasting worth, listen again to young Kate Litvinova.

"Now, everyone will know about Sochi. All over the world they will say it's a wonderful place." 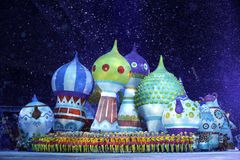 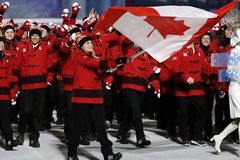 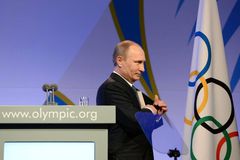 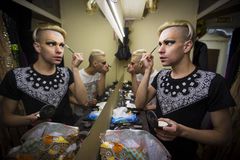