Sitting beside the shimmering lake where he's spent countless hours honing his craft, Conlin McCabe says it took some time to get his head around the idea that Canada's successful men's eight boat would be grounded for the Rio Olympics.

The strapping Canadian rower from Brockville, Ont., was part of the crew that won a silver medal in the men's eight at the 2012 Olympics, and he assumed the Games in Brazil four years later would be the launching point for the storied boat's next stage.

Rowing Canada had other plans.

The national program stunned many observers, McCabe included, by instead choosing to split the resources between two boats – a quadruple sculls and a four – with the aim of doubling both the medal haul and subsequent funding from Own the Podium.

"It definitely was surprising," the 25-year-old McCabe said before a training session in Victoria last month. "Then after taking a step back and reflecting on it, I could see this was probably the best move.

"We're part of a culture change right now. It's really exciting to be a part of that as Canada moves towards smaller boats."

That change could also be described as a calculated risk. In addition to the second-place finish in London, the Canadian men's eight won gold in 2008, 1992 and 1984 in a race that became one of the most popular events for fans watching back home.

Since shifting focus to the quadruple sculls, a boat on which rowers handle two oars instead of one, and the four, neither crew has met expectations.

"The eight was definitely the people's boat," said Will Crothers, who won silver with McCabe in 2012 and is now his teammate in the four. "It's the biggest, it's the fastest, it's the strongest guys. It's an exciting thing."

The decision to abandon the eight was made under the direction of Rowing Canada high performance director Peter Cookson. Own the Podium distributes federal government funds based on a sport federation's ability to produce Olympic medallists, and Cookson said pumping money into nine athletes, including the boat's coxswain, for just one chance at hardware didn't make sense for these Games.

"Our mandate has been to get as many medals as possible," Cookson said in a phone interview. "That [men's eight] history, we're incredibly proud of it.

"Now we have two chances at a medal instead of just one."

But actually getting those medals will be a challenge.

The four had been on a steady rise, going from 14th at the 2013 world championships to fourth last year, and added another fourth-place showing at a World Cup in April, but didn't even make the final of its next race in a poor outing that can be partly blamed on an unspecified injury to one of the crew.

The quad, meanwhile, needed a last-chance qualifier just to book a ticket for Brazil.

Crothers said the move to smaller boats has forced the Canadians to find the right balance between strength and finesse, something they didn't have to worry about as much in the powerful eight.

"It's a different skill set that you're developing in the four," said Crothers, a 29-year-old from Kingston, Ont. "It's been a tricky boat to figure out.

Although the rowers have bought in, there have been rumblings in some circles the move isn't the right one.

"A lot of people are disappointed we don't have a men's eight," Cookson said. "It was tough, and it still is tough, but we believe in the long run it will help Canadian rowing."

Men's head coach Martin McElroy said he expects Canada will return to the eight once the country has built up its depth through the youth ranks.

"Although we've had historical success, globally we're a small program," he said. "If we prioritize the eight it's difficult for us to do anything else.

"We want to develop some of these other boats; we want to broaden our horizon."

Canada has seven boats in all heading to Brazil, including strong medal contenders in the women's eight and women's lightweight double sculls.

There were always going to be changes in the men's program following the 2012 Games after five of the eight medallists, plus the coxswain, moved on, while coach Mike Spracklen's contract wasn't renewed.

But Adam Kreek, who won gold in the eight in 2008 and will be reporting for TV in Rio, said the decision to axe the marquee crew will be dissected unless the four or the quad gets on the podium at the Olympic regatta, which begins Aug. 6.

"If anyone needs to be held to account for what happens, it's [Cookson]," Kreek said in a phone interview. "He made some decisions and that's the direction Rowing Canada's going in."

The athletes came to terms with the dramatic shift long ago, but McCabe expects there will be more than a few confused Canadians tuning in next month.

"This is going to be one of the underlying stories at the Games – Canada isn't entered in the men's eight, didn't even try to enter," he said. "I have some friends that are still surprised. They're in disbelief because we do have a great history in the eight.

"Canadians have always been proud of the men's eight, but hopefully we can draw that same pride out for the four and the quad." 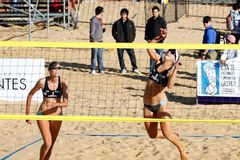 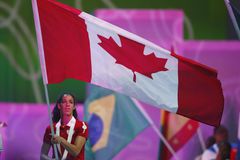