The International Olympic Committee has never had much of a moral compass. True north has always been where the next big payday could be found, and even on the rare occasion when it reveals itself to have a hint of a soul, it too often stands guilty of taking a half-measure.

Such is the case with its treatment of Jim Thorpe, the greatest athlete in the world as declared by King Gustav V of Sweden 100 years ago this week after Thorpe won both the men's decathlon and pentathlon at the 1912 Olympic Games in Stockholm. Thorpe, a Sauk and Fox Indian from a reservation near Bellemont, Okla., also competed for the United States in the high jump, long jump and javelin. He was also a college All-American and played professional football and major and minor-league baseball.

When it was revealed in 1913 that Thorpe had been paid to play sports, he was retroactively declared a professional and his Olympic records were declared void. Thorpe was also asked to return his medals.

The IOC has had little difficulty blurring the line between professional and amateur athletes when it comes to generating TV money – millionaire pros from basketball, hockey and tennis have all been welcomed into the fold – so it might seem that it was in that spirit that the IOC decided in 1982 to restore Thorpe's gold medals, declaring him co-winner of both the decathlon and pentathlon and striking commemorative medals for his family. As far as the IOC is concerned, his pentathlon gold is shared with Ferdinand Bie of Norway and his decathlon gold is shared with Hugo Wieslander of Sweden, the original silver medalists.

The IOC changed its stand only after one of Thorpe's biographers and his wife set up the Jim Thorpe Foundation and discovered the IOC had violated one of its own rules regarding a statute of limitations in stripping the medals from Thorpe.

But it is not enough.

It is time for the IOC to reinstitute Thorpe's records fully. Get rid of the asterisk. If the IOC can invite Lionel Messi and Kobe Bryant among several others into the fold – Bryant's first pro game came 72 days after his 18th birthday, for pete's sake – you'd think it can take care of Thorpe's historical record.

"It was a hypocritical decision and in some ways a half-assed solution in 1982 to reinstate him as a contender in the 1912 Olympics, but to share the gold medal status with the original silver medalists," said Kate Buford, the author of the 2010 book Native American Son: The Life and Legend of Jim Thorpe. "They specifically said they would not change the official record and enter his specific scores in each of those 15 events. To this day, his records are not part of the official record of the 1912 Games.

"Those are the only official record we have of what a remarkable athlete he was, because collegiate football and professional football did not keep official records for many, many years after he was out of the limelight."

Buford came upon the story of Thorpe when she was researching her biography of Burt Lancaster, who portrayed Thorpe in the movie Jim Thorpe, All-American, which was produced by Warner Bros. in 1951.

"I was so struck going through the production files by how amazing the story was and all these letters and postcards that were coming in to Jack Warner and the studio from all over the country saying, in effect, 'Don't mess with our hero, get this story right,'" Buford said. "He hadn't played any games since 1928. Any biographer looks for something with that much heat from the past, and for me it was 'Why do so many people care about someone who was out of the limelight? Where is this passion coming from?'"

Her appetite was further whetted by the reaction of people of a certain age when the name Jim Thorpe was mentioned, and how many of his exploits owed their shelf-life to largely oral evidence. He was a word-of-mouth superstar.

Beyond that, Buford believes that "the common passion of our time is sports," that it has supplanted movies as worldwide, common denominator. And she argues in her book that the passion begins with Thorpe, whom she refers to as the "first international sports superstar."

The Hammersmith tube station in London has been temporarily renamed "Jim Thorpe" during the 2012 London Games, but plans to have Thorpe's medals put on display at the U.S. Olympic House this summer have been shelved. They will instead remain at the Smithsonian Institution's National Museum of the American Indian, where they are part of an exhibit honouring native Olympians. It's a shame those medals aren't in London for the centenary of Thorpe's remarkable performance, but until the IOC does right by Thorpe and his family, it is also fitting in some ways.

Memories of Olympics past, when training sessions were twice a week
July 18, 2012 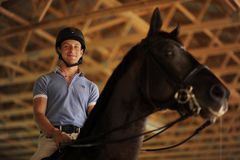 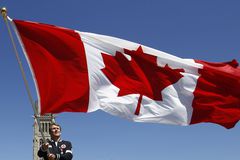 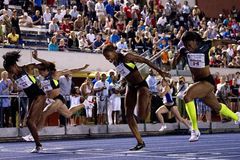 It’s all about the leadership for women’s soccer team in London
July 11, 2012 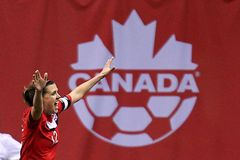