Olympic officials take great pride in cracking down on doping and so far no athlete has tested positive at the Sochi Olympics. But officials acknowledge they have had a difficult time dealing with one drug in particular: marijuana.

Technically, marijuana is on the World Anti-Doping Agency list of banned drugs, which governs events like the Olympics, because officials consider it to be performance enhancing and a violation of the "spirit of sport." But in a nod to the growing relaxed attitude toward the drug around the world, the cut-off level for a positive test has been increased for the Sochi Games, allowing for some recreational use prior to the Olympics.

The new threshold for the active ingredient in marijuana, tetrahydrocannabinol or THC, has been increased from 15 nanograms per millilitre of urine to 150ng/mls. Officials say that means an athlete who smoked some weed before the Olympics, or inhaled second-hand smoke, wouldn't likely test positive in Sochi. Someone who failed the new test would have to be "a pretty dedicated cannabis consumer," WADA officials have said.

Officials acknowledge that they have had problems finding the right balance between athletes who use marijuana to cheat and those who just enjoy a toke every now and then.

Arne Ljungqvist, who heads the IOC's medical commission and is also on WADA's board, said the changes came after a long debate about the drug. "That's a reasonable attempt at dealing with a complicated matter and that was agreed upon as the best way to proceed with this particular issue," he told reporters Saturday in Sochi. "There is a big debate on it."

In the end, he said WADA came to the conclusion that "marijuana can be a performance enhancing stimulant and it is therefore forbidden in relation to a competition." However, because marijuana "is a socially more or less an accepted drug being used in social context" the threshold for a positive test during competition was increased.

Marijuana has been controversial for years at WADA and there have been plenty of calls to drop it from the banned list. Canada's Ross Rebagliati famously tested positive for weed at the 1998 Olympics and nearly lost his gold medal in the snowboard giant slalom. Rebagliati, who had 17.8 ng/ml. of THC in his urine, claimed he had inhaled second-hand smoke and he was eventually allowed to keep his medal. There have been several positive tests since then including at the London Games in 2012 where an American judo athlete was expelled.

Opinions on whether weed helps or hinders performance vary. Just about everyone agrees that taking marijuana immediately before a competition wouldn't help, but some argue that dope can reduce stress, speed recovery and provide other advantages. WADA also uses three criteria for including drugs on its banned list; performance enhancement, danger to health and a violation of the spirit of sport. Marijuana generally falls under the last criteria, which is a nebulous concept that includes ethics, honesty and "respect for self and other participants."

While the rules on marijuana have been loosened, the IOC and WADA have toughened some other measures. WADA has increased the penalty for serious drug users to a four-year ban from competing, up from two-years. And the IOC plans to hang on to all samples for ten years, up from eight years. That means samples can be re-tested, and athletes sanctioned, as new detection procedures are developed.

Ljungqvist said there are challenges keeping samples that long, such as finding storage space and making sure the samples remain in good condition. But he said the longer time frame sends a message to athletes that if they cheat and get away with it during the Olympics, they can still be caught many years later.

Ljungqvist declined to speculate on whether the lack of positive tests at Sochi meant that the testing had improved or the cheaters had gotten smarter. He noted that there was only one positive test at the Vancouver Olympics but there were seven at the Games in Turin and Salt Lake City.

This "could be a picture of increased smartness from our side and that people are aware of that," he said. "I put my money on our scientists." 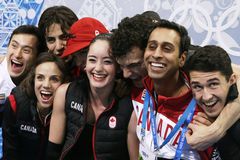 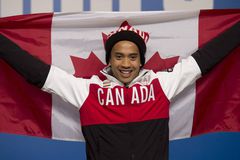 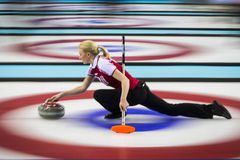 Fighting pressure and expectations just half the battle for Olympians
May 11, 2018 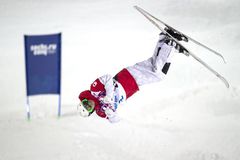 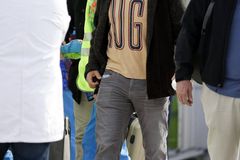