The sun is beating down on court 8 at the All-England club, and the old man of Canadian tennis is talking a little trash. Daniel Nestor, 39, former Olympic doubles gold-medalist and partner Vasek Pospisil, 22, ranked 85th in the world, are practising with Austrians Jurgen Melzer and Alexandr Peya.

"Anytime you guys want to wake up that would be fine with me," Nestor yelled across the net during a session late last week.

These are liberties you can take if you're the number one ranked doubles player in the world and have an Olympic gold medal.

Most Canadian eyes at Wimbledon will be trained on singles hope Milos Raonic - and justly so, given the big man from Ontario's game is perfectly suited to the quicksilver grass courts - but over in doubles, the most successful Olympian in Canadian tennis history will be playing in his last Games.

Though it's a comparatively unheralded event, the doubles competition is the one place Canada has surprised the world in the past - in 2000, Nestor and then-partner Sebastien Lareau upset Australians Mark Woodforde and Todd Woodbridge en route to gold.

Nestor has a raft of Grand Slam titles among the 77 he has won in his career (along with more than $10-million in prize money), but the Olympic gold remains a highlight.

"It was the first major one I won, gold medal is something all athletes dream of . . . everything fell into place for us, we beat one of the best teams (Woodforde and Woodbridge) in their last match," he said. "You can't expect fairy-tale endings all the time, we've got our work cut out for us, we know that."

The two play a team from Romania to open the tournament on Monday - the match was originally scheduled for the weekend but was postponed because of rain.

And even if they win, the task immediately gets harder - they would meet third-seeded medal contender Croatia, represented by Janko Tipsarevic and Nenad Zimonjic.

And Nestor isn't playing this event with Lareau, or with regular doubles partner Max Mirnyi - who is Belarusian and shares the world number one ranking - the other man on his side of the practice court is a rangy kid from Vernon, B.C.

What Pospisil lacks in seasoning he makes up in grit and intensity, as Nestor is quick to point out.

The two played a memorable Davis Cup tie on hostile territory in Israel last year, and rallied to win after dropping two sets.

"He basically won that whole tie in Israel by himself, that's the sort of stuff you remember and you build on," Nestor said.

Pospisil, who lost in the first round at the Grand Slam tournament at Wimbledon last month, admits it's been a chore just to take in the surroundings.

"It's an incredible thing, and I'm trying to enjoy it . . . to me it feels very different (from a Grand Slam), obviously staying at the Olympic Village, but not only that, just hanging around the other players, you see the Austrian rather than themselves. It's a team feel, you're playing for a country not yourself whereas other tournaments it's all about you."

The Davis Cup experience has paid dividends for Pospisil, who has boosted his world ranking by a hundred or so places since then, and who is coming off a singles title in an ATP Challenger event in Granby, Que.

"I was playing well leading up to that . . . but I took that confidence through to the rest of the year. It was just a jump-start, I couldn't be happier with the situation I'm in right now, playing for Canada at the Olympics."

Pospisil's focus is on the doubles, so he won't be too terribly disheartened by a straight-set loss to Spain's David Ferrer in singles on Sunday (he lost 6-4, 6-4 to the fourth seed and acquitted himself well).

The likelihood that Nestor and Pospisil can go on a run to the gold medal is perhaps remote, but that's not going to stop them from giving it a go.

Although the one thing Nestor doesn't have with him in London as a motivational tool is the hunk of sculpted gold he won in Australia a decade ago - it's sitting in a safe deposit box back home.. 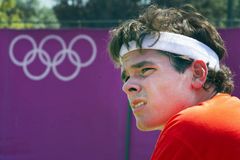 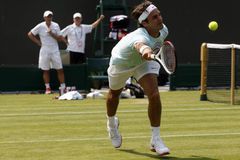