Heading into the long program, Chan, 23, needed to close a gap of less than four points between himself and the 19-year-old Japanese skater. Hanyu left him the opportunity by faltering on two of his key jumps, as the crowd at the Iceberg Skating Palace gasped.

Chan took to the ice after Hanyu and executed his first combination – a quad toe loop, triple toe loop – perfectly. But after that, it was trouble, as he struggled mightily with his other quads. "Little mistakes here and there," the downcast Canadian said.

Chan scored 178.10 points in the long program, for a combined score of 275.62 over the two-day competition at the 2014 Sochi Winter Olympics, good enough for silver.

Hanyu took gold with a score of 280.09 (178.64 in the long program). His win relied heavily on his record-setting performance in the short program last Thursday.

Denis Ten of Kazakhstan won bronze with a combined score of 255.10. Spain's Javier Fernandez was fourth at 253.92.

Kevin Reynolds of Canada was 15th.

Chan, the three-time defending world champion, was vying to become the first Canadian men's individual figure skater to win gold at an Olympics.

He instead joins the list of storied Canadians who have fallen just short.

Brian Orser arguably came the closest in Calgary in 1988, when he was narrowly beaten by American Brian Boitano in the long program. Unlike Chan, Orser had the lead after the short program, but that advantage evaporated in the free skate to lose by a fraction of a point. Orser won silver medals in 1984 and 1988.

Double silver-medal winner Elvis Stojko lost the gold to Russian Alexei Urmanov at the 1994 Lillehammer Games, and again in Nagano in 1998, to Russian Ilia Kulik. And despite four world championships, Kurt Browning never got this close on the Olympic stage.

In an interesting twist, Orser now coaches both Hanyu and Fernandez at a rink in Toronto.

He was happy for Hanyu, but "I absolutely feel for Patrick," Orser said. "I don't know what to say. It is bitter-sweet.

"Because for me, I wanted them all to skate great. And if Patrick was on top, then we finally had a Canadian that was Olympic champion and I can take a lot of pride in that."

His stumbles on the ice, starting with a slip that caused him to touch the ice on an early jump, eventually snowballed, Chan said.

He didn't know how wide open Hanyu had left the door for him.

"I don't know how he skated, actually, going into my program," Chan said. "I especially tried not to watch him and to see how he skated because I wanted to focus on myself. … I know I skate my best when I just focus on myself, and it just happened today that it just didn't work.

"Some of the best athletes still make mistakes. And it happened to be today."

Canada now has five silver medals in men's figure skating. While there has always been lighthearted talk of a curse, given the number of world championships the country has won without an Olympic victory, Orser said he doesn't believe it.

"No," the 52-year-old said, though he couldn't find words to explain why Canadian world-class skaters have had such hard luck. "I know, it's like, I don't know what to say."

Chan's coach, Kathy Johnson, said despite the disappointment of missing gold, she hoped Chan would recognize he walks away from Sochi with two silver medals (including one in the team event).

"He needs to be proud about that. Patrick's achieved a lot. He's seven-time national champion, three-time consecutive world champion, and now two Olympic silver medals," the coach said. "So I think by anybody's standard that's a pretty big achievement for any skater."

Skate Canada high-performance director Michael Slipchuk said he couldn't explain why Canada's men have had so much trouble at the Olympics when they have excelled elsewhere.

"We're a bit snake-bitten, it seems, when we get to the Games," he said. "It's just one of those things.

"The Olympic Games are that one chance every four years, and you do everything you can to prepare. In Patrick's case, he prepared well, the season went well, everything he needed to do he did to be here and be ready."

The other Canadian in competition Friday, Reynolds, turned in a solid performance. After struggling with his jumps a day earlier, Reynolds landed several dynamic quads.

Though Reynolds was disappointed not to be in the hunt for a medal, he said he was pleased he could bounce back from short-program difficulties.

"It was incredibly difficult after the crushing disappointment really of not being able to perform at my best … and to have my medal hopes dashed after the first jump of the short program," Reynolds said.

"But I told myself I had to refocus and just concentrate on the program at hand and do the best I could. That's what I did tonight, I fought for everything. It wasn't near-perfect, but I'm glad I was able to do as well as I could and stay on my feet for the most part." 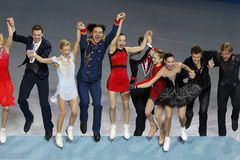 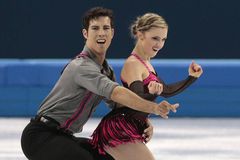 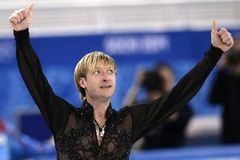 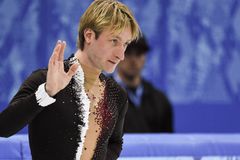 Patrick Chan confident ahead of two-man fight for gold
February 13, 2014 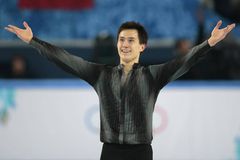