Ralph Krueger channelled the Boy Socuts for his motto for Team Canada: "Be prepared."

Coach Mike Babcock and his players have only a couple of days on the ground in Sochi to get ready for the first game of the Olympics after the NHL season went on hiatus. But because of the coaching consultant's advance work over the past several months, Canada should be ready by the drop of the puck Thursday.

"I was flying all over Europe when national-team games were going on," Krueger said. "We're trying to be the best-prepared country, that's for sure. ... (Video coach) Andrew Brewer and I have put scouting reports together from A to Z. Pretty well anything you could think of on all the countries."

The former Edmonton Oilers coach, who got a call from Babcock the day Craig MacTavish fired him last June, lives in Switzerland and used to coach the Swiss national team. He has a unique perspective on international hockey that current NHL coaches simply don't share.

Krueger can rattle off the different zone dimensions without thinking — the goal-line to the end boards is two feet longer, the goal-line to the blue-line is six feet shorter — because this has been his life. He has communicated the differences between hockey on the big ice to the coaching staff but also doesn't want to make this the players' focus.

"There's a lot of things that add up here, but we're not going to over-complicate it for the players," Krueger said. "We're going to just bring it in slowly and concentrate on bringing our game and playing our game and our team for the first three games."

Given that Canada did not win a medal the last time the Olympics were in Europe eight years ago, Krueger is being counted on to try to correct what went wrong in Turin. And who better to get advice from than the coach who helped Switzerland beat Canada in those Games.

"I didn't think they were able to connect as a group, and I didn't think they had enough team speed to be successful in Torino," Krueger said. "So it's a valuable lesson for me to bring in to the group having analyzed and watched and scouted Canada as in-depth as I could as an opposition coach. I'd like to flip it the other way right now to defend us from falling into any of those traps."

So in addition to helping with roster selection, Krueger ventured out to see all of Europe's national teams play. Sidney Crosby and Shea Weber might not know the first thing about Canada's first two opponents, Norway and Austria, but Krueger has seen them play in person.

"I was trying to get really comfortable with the styles and the tendencies of the coaches," he said. "The players and personnel are going to change dramatically, but the coaches don't change. So you really get a good look at what they're up to."

As he arrived in Sochi a week before the players and the vast majority of the staff, Krueger's prep work continued. Given the quick turnaround from the first practice to the first game, Krueger has guidelines for how everyone should adapt to the time change.

Krueger has a special responsibility for Team Canada, but he considers himself just following Babcock's lead.

"I feel nothing but excitement for the opportunity of being a part of this defence of the gold medal," he said. "It's just about helping and finding solutions and bringing them into the group and believing in our chance of winning the gold medal in Sochi." 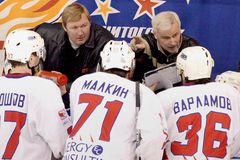 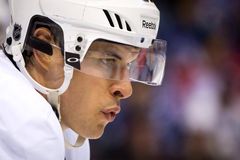 Babcock: St. Louis was unanimous choice to replace Stamkos
May 11, 2018 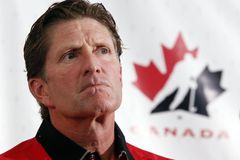 Is Pavel Datsyuk healthy enough to lead Team Russia?
May 11, 2018 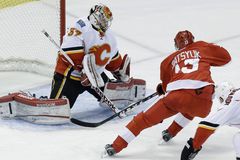 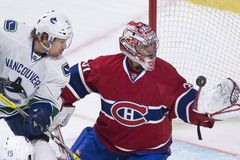