The last year has been one of the most challenging periods of her career. She suffered a mild concussion almost a year ago and then suffered another head injury last August.

MacLennan had to take time off as she battled headaches, dizziness and light sensitivity. She was also mixing up words and found it difficult to have conversations.

"It was pretty challenging and a little bit scary at times," she said Tuesday. "But I think as long as you know your limits and you're able to realize that I wasn't quite able to do what I could normally, I was able to overcome it."

During her recovery, MacLennan worked with doctors, specialists and a vestibular ocular therapist to help with balance, timing and focus. When she was ready, a bungee support system was used to ease the transition back to the trampoline.

Her spatial awareness eventually returned and she started doing flips again last November. MacLennan returned to competition in time for the world championships at the end of that month, booking a team spot for the Rio Games with a fourth-place finish.

But it wasn't until her victory at the Canada Cup last March that she started to really feel normal again.

"That was a really big turning point for me," she said. "I think partly because the stress of trying to solidify my (Rio) spot was done. I had accomplished that and I really was able to focus forward. But it was the first time I didn't feel limited in terms of volume."

Canada's lone gold medallist from the 2012 London Games, MacLennan said she's currently at about "97 or 98 per cent" as she continues to prepare for her Olympic title defence. The Toronto resident will be joined in Rio by Jason Burnett of Nobleton, Ont., who locked up his Olympic spot last month.

"I'm trying to go into this Olympics with the same mentality that I went into London," MacLennan said. "Give it everything I have in training and see what happens."

The head injury problems started for MacLennan when she landed hard on the side of the trampoline after over-rotating during a practice session. It was an awkward fall that created a whiplash effect and left her with a mild concussion.

MacLennan, 27, was out of action for two weeks. She showed steady improvement ahead of the Pan Am Games last July and received clearance to compete just days before the competition.

MacLennan won gold in her hometown and shared the podium with longtime teammate Karen Cockburn, who took the bronze. But a month later, MacLennan suffered another head injury.

"It was a fluke, kind of a car door to the head," she said with a shrug and a chuckle. "It happens."

This time she was out for several weeks.

Getting back in top form is challenging in a sport like trampoline, where jumps, flips, twists and tucks are done in rapid succession. MacLennan was limited to light bouncing in October and couldn't really practise her routine until early November.

"I've had some other injuries in the past but I think that one was the most challenging because of the uncertainty," she said. "With a break in your ankle, you know it's going to be six to eight weeks and then rehab after that and you'll get stronger. It's usually about three months to get fully back.

"With the concussion, I had no idea. A month before the world championships, I had no idea whether I'd actually be able to compete or not."

Now that she's feeling strong and healthy again, MacLennan is confident and eager to start a busy stretch of the season next month. The national championships in Edmonton will be followed by back-to-back World Cups in Europe.

MacLennan spoke Tuesday morning at a Tide promotional event at a mid-town trampoline park before heading to her training facility north of the city to continue working on her routines.

The 2013 world champion hasn't had the usual buildup and preparation time, but she's still looking forward to testing out a new routine — featuring three triple flip combinations — against elite competition.

"Obviously the time is a bit more crunched than I would have liked," she said. "But I'm having a blast in training now and I think that was the best part, just loving training again and being able to push myself." 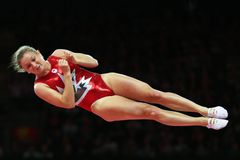 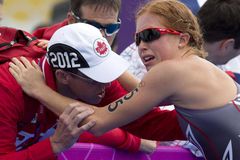 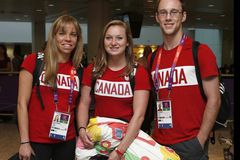