Russia lost its appeal Thursday against the Olympic ban on its track and field athletes, a decision which could add pressure on the IOC to exclude the country entirely from next month's games in Rio de Janeiro.

The Court of Arbitration for Sport rejected the appeal of 68 Russian athletes seeking to overturn the ban imposed by the IAAF following allegations of state-sponsored doping and coverups.

The court, based in Lausanne, Switzerland, upheld the "validity" of the IAAF ban, saying a country whose national federation is suspended is ineligible from entering international competitions, including the Olympics.

The three-person panel ruled that the Russian Olympic Committee "is not entitled to nominate Russian track and field athletes to compete at the Rio 2016 Olympic Games considering that they are not eligible to participate under the IAAF competition rules."

CAS, however, said it had no jurisdiction on whether the International Olympic Committee can accept or refuse the entry of Russian track and field athletes, either those representing their country or as "neutral athletes."

The Russians argued against a collective ban of its track athletes, saying it punishes those who have not been accused of wrongdoing.

"Today's judgment has created a level playing field for athletes," the IAAF said in a statement. "The CAS award upholds the rights of the IAAF to use its rules for the protection of the sport, to protect clean athletes and support the credibility and integrity of competition."

IAAF President Sebastian Coe said it was "not a day for triumphant statements."

"I didn't come into this sport to stop athletes from competing," he said. "It is our federation's instinctive desire to include, not exclude."

Thursday's ruling is likely to weigh heavily on whether the IOC could bar the entire Russian team — across all sports, not just track — following new allegations of a vast government-organized doping program.

The IOC executive board said Tuesday it would "explore the legal options" for a possible total ban on Russia but would wait until after the CAS ruling before making a final decision. The IOC has scheduled another executive board meeting on Sunday to consider the issue.

Had the IAAF ban been thrown out by CAS and the Russian track athletes let back in, that would seemingly have ruled out the IOC imposing a blanket ban. With the track ban upheld, however, the option remains open.

As it stands, the IAAF has approved just two Russians to compete, as "neutral athletes," after they showed they had been training and living abroad under a robust drug testing regime. One is doping whistleblower Yulia Stepanova, the other is Florida-based long jumper Darya Klishina.

The case dates back to November, when the IAAF suspended Russia's track and field federation following a WADA commission report that alleged systematic and state-backed doping. The International Association of Athletics Federations upheld the ban last month, a decision accepted by the IOC.

In extending the ban, the IAAF said Russia's entire drug-testing system had been corrupted and tainted and there was no way to prove which athletes were clean. Letting Russian athletes compete in the games would undermine the credibility of the competition, according to the IAAF.

Opinion
The IOC’s credibility is on the line: Russia should be excluded from Rio
May 16, 2018 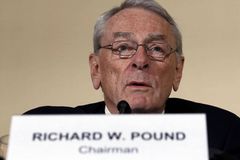 Kelly: Here’s a way to punish Russia that doesn’t hurt the innocents
May 16, 2018 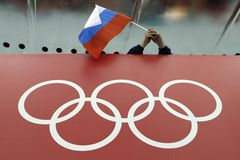 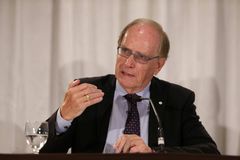