Having taken their act to outer space and deep into the waters of Lake Baikal, Russian organizers did something new Wednesday with their Olympic torch relay: They lit a former athlete on fire.

It was an accident, but very much in keeping with a relay that many Russians fear may set the symbolic tone for the Sochi Olympics.

Running 123 days, covering 65,000 kilometres and involving more than 14,000 torchbearers, the 2014 Sochi Olympic relay is the most ambitious in the history of the Winter Games. It is so grandiose that the only thing that can surpass it will be the Sochi Olympics themselves, with their new-age facilities, casinos, railway line and $50-billion price tag. That will give Russia the distinction of staging the most expensive Games ever, Summer or Winter.

Of course, it's a time-honoured exercise to try to judge an Olympics – with the perennial problems in financing, construction, transportation and ticketing – before the athletes even start to compete. Russian President Valdimir Putin has spearheaded the Olympic push, hoping the world will not only come to Sochi for three weeks in February but will return to the Black Sea resort town year-round for skiing and partying. It's a huge gamble and, when it comes to struggling under the weight of its own logistics, the torch relay is proof that even the best-made plans can go up in a spark.

In its finest moments, the torch has been taken for a walk outside the International Space Station (unlit to save oxygen), gone for a dip in the world's largest freshwater lake (it was specially lit) and sent to Siberia, where it will soon be paraded by the oldest torchbearer in Olympic history, 101-year-old Alexander Kaptarenko, who has practised walking about the town of Novosibirsk while holding up a frozen salmon.

And yet it was in Siberia late Wednesday that former Olympic bobsledder Pytor Makarchuk nearly became a human sacrifice. While Mr. Makarchuk was jogging with the torch – it resembles a feather in shape and is coloured with red and grey – it began to leak fuel. The fire spread from the torch to the sleeve on Mr. Makarchuk's left arm and had to be put out by a relay assistant. Mr. Makarchuk was unhurt but became the second confirmed member of the Sochi human torch club.

In late October, the torch began spitting flames until it was fully engulfed. Initial reports said a 13-year-old girl had been burned. Sochi Organizing Committee president Dmitry Chernyshenko tweeted, "No 13 year old girl but [a] Sochi 2014 employee. Situation was under control & instantly fixed."

The torch has also been spotted burning briefly out of control in the hands of a torch-carrier dressed as Grandfather Frost, Russia's version of Santa Claus. No one is happy when Santa gets singed.

Just keeping the flame lit has been a continuous problem. The relay got off to a fitful start last month when the flame went out minutes after it was hoisted by Mr. Putin on Red Square. Soviet Olympian Shavarsh Karapetyan, who delivered the torch, slowed to a halt alongside the Kremlin walls while a nearby government official leaned over and re-lit the torch – not with the flame that had been carefully transported from the Temple of Hera in Greece, but with an ordinary Zippo cigarette lighter.

Zippo tried to capitalize on the moment by posting a photo of the torch's re-lighting on Twitter with the hashtag #ZippoSavestheOlympics. It quickly dropped the campaign after being threatened with legal action by the International Olympic Committee.

According to Russia's Dozhd television channel, the flame died at least eight more times in the first six days of the relay. Journalist Yulia Latynina counted up to 44 times the flame went out in the first two months of its journey. At one outage, spectators were quoted as asking, "Is Gazprom sponsoring this?" Gazprom is Russia's government-controlled energy company.

The mishaps have led to criticism of the factory in the Siberian city of Krasnoyarsk that produced a whopping 16,000 of the apparently unreliable torches for the relay. The same factory manufactures parts for Russian ballistic missiles, submarines and space rockets.

Mr. Putin, though, stands to bear the greatest backlash should the Sochi Games fall short. Chris Weafer, a senior partner in a Moscow-based consulting firm, told Bloomberg News: "[Sochi] is the single most important event for Putin's presidency. If it is deemed a failure, there will be a focus on the cost."

There already is, especially as talk spreads of cost overruns and the possibility of billions being lost through corruption. But as the days fly by, Sochi organizers busy themselves issuing statements noting how many different ways the Olympic torch will travel – by nuclear-powered ice breaker, dogsled, snowmobile, cars, boats, hot-air balloon – and what it all means to a country. "The Olympic torch relay is one of the most important and magical Olympic occasions," Mr. Chernyshenko has said. "It continues the build-up of excitement ahead of the Games, as well as spreading the Olympic values to the whole country. We will be creating, as a nation, an important part of Russian history."

It would help if the torch ignites national pride, not merely citizens. 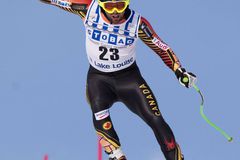 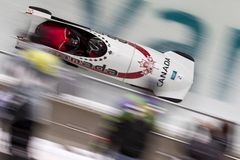 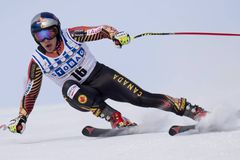 Follow Allan Maki and Mark MacKinnon on Twitter @AllanMaki @markmackinnon
Report an error Editorial code of conduct
Due to technical reasons, we have temporarily removed commenting from our articles. We hope to have this fixed soon. Thank you for your patience. If you are looking to give feedback on our new site, please send it along to feedback@globeandmail.com. If you want to write a letter to the editor, please forward to letters@globeandmail.com.
Comments