The word belonged to Blake Wheeler, but it could just as easily have been said by Bobby Ryan.

The Winnipeg Jets had come to Ottawa to play the Senators in a significant (for each of them) Thursday night NHL match-up, yet all the talk seemed to be about a team that, so far, exists only on paper and won't make it to ice for more than a month.

The good news had come to speedy Jets forward Wheeler, named a day earlier to the U.S. Olympic men's hockey team, and headed now for the 2014 Sochi Winter Olympics.

A good year had become astounding for Wheeler, who only learned of his selection when the Jets plane landed in the Siberian capital of Ottawa. His wife, Sam, had sent him a string of texts while he was in the air, listing the names of the chosen players as they were announced at the end of the Winter Classic game in Michigan.

"Congratulations," she said in her final message.

"Surreal," Wheeler told reporters before the Jets met the Senators. "Just to play in the NHL is above and beyond any dreams I had."

A few quick steps down the Canadian Tire Centre corridor, another player had his own dreams – but they had just been kicked to the ground, and then stomped.

The Senators' best scorer, Ryan, had been part of the team when the Americans took silver in Vancouver four years ago. He had fully anticipated another call this time.

He was not named. Well, not exactly, as his name was all over the announcement thanks to an in-depth article on ESPN.com in which hockey writer Scott Burnside had been imbedded with the USA Hockey selection group through its decision process.

Ryan had been much discussed, but not in a kind way. He was described as being far too "passive" for the sort of team the Americans wished to ice in Sochi.

"He can't even spell intense."

"I probably could get by," Ryan tried to joke when a reporter challenged him to a spelling bee.

But, in truth, if Ryan was hurt by not being named, he was crushed by being so cavalierly dismissed by the man who had once drafted him and whom he believed to be a friend.

Such comments, he felt, were "gutless" and unnecessary.

"You could have just cut me," Ryan said. "You didn't have to … actually, I almost feel degraded when it comes out like that. It is what it is. That's their decision. That's how they feel about it.

"I will remember it and use it as motivation."

Extra motivation should never have been required for this meeting between struggling Canadian small-market NHL franchises.

Both teams were on minor, but hugely welcome, win streaks: Winnipeg having won three in a row, Ottawa looking for its third in a row.

The comparisons being made Thursday, however, had far less to do with the two teams than with the two players, Wheeler and Ryan.

Ryan has been the most consistent Senators player in a horribly inconsistent season. His hands are pure magic and, one would think, would be a major consideration on a U.S. team where the main question mark concerns scoring.

Wheeler, on the other hand, is having a career year, though he scores less, with 15 goals and 16 assists in his 42 games.

What Wheeler has that Ryan lacks, however, is Wheeler's nickname – "Wheels." He is one of the best and fastest skaters in the league. It may have come down to the simple difference between hands and feet.

If you were choosing between the two for Vancouver, where they played on NHL-size ice, you would certainly go with Ryan and his magnificent hands. Choosing for Sochi, where the proper Olympic-size rink will be in play, Wheeler's feet might well be the wiser choice.

But none of this needed to come with added and unnecessary insult.

"It makes you want to prove them wrong," a disappointed Ryan said the morning after he got the bad news. "I spent the first half [of the season] trying to prove them wrong – I felt I was the odd man out even in the summer in my conversations [with the selection group].

"I did my best. I felt I took a pretty good run at it but ultimately fell short.

"That's what I'll try to do in the second half."

Luongo’s imminent return to Canucks indicates he will be ready for Sochi
January 1, 2014 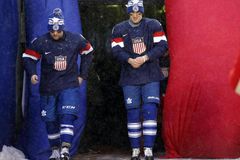 Capitals’ Ovechkin gets emotional about terrorist attacks in Russia
December 31, 2013 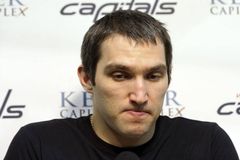