They were the unlikeliest of Olympic luminaries, a team of rural South Korean curlers whose deft touch and unflappable nerve won them the affections of their country and a spot in the women's gold medal game Sunday.

But the "Garlic Girls" were uprooted by the fifth end, eventually falling to Sweden 8-3.

South Korea conceded after nine ends, slipping off the ice in tears before bowing to the throngs who had come to believe their team could defy history. South Korean women have never finished better than fourth at a world championship.

As the game finished, the Mission Impossible musical theme began to play in the Gangneung Curling Centre.

Skip Kim Eun-jung's precision under fire had crumbled. Her 72-per-cent shot success was the worst of any player in the final, while Sweden's skip Anna Hasselborg threw a 94-per-cent game. Japan took bronze.

Kim joked afterward that Eun means silver, and perhaps it was time to change her name to Kim Geum-jung – "geum" meaning gold.

"We really wanted to win the gold medal," she said.

But, she said, the team was "very grateful for the support and cheering."

As they exited the arena, police cheered and took selfies with them.

At a subsequent press conference, a German reporter asked Sweden not about the gold medal they had just won, but how it felt to be "the party crasher for Korea."

The crowd didn't "cheer for us today but it was OK. We tried to use their energy as our energy," Hasselborg replied.

The Korean women became the biggest names of the Olympics at home, their faces turned into memes and their English nicknames – Pancake, Sunny, Steak and Annie – making them celebrities.

Children donned owl-eye glasses like those worn by Kim Eun-jung, and grown men posted videos of themselves sweeping through their kitchens in front of robot vacuum cleaners, whose rounded shape resembles a curling stone.

Interest in the team was so great that Olympics officials held two press conferences for them after their game. Their improbable run to silver had South Koreans crowded around cell phones in trains and restaurants, while television broadcasters interrupted coverage of other Olympic sports to cover action at the curling rank.

It's not clear how much of this the women themselves knew about. Though crowds at their games were big and loud – fans were left begging for tickets outside their Friday night game against Japan – their coach had taken away their cell phones for two weeks in an effort to shield them from the pressure of being dubbed "superstars" in the foreign press.

Kim Eun-jung called the team trailblazers who have "been through a lot." They formed their team in high school, and became the first cohort to enter a new curling centre in Uiseong, the sparsely-populated rural area where they grew up, a place famous for its garlic.

They were trained in the sport by a local curling enthusiast, who also taught the women Buddhist meditation to deal with game pressure – perhaps one of the reasons behind their unbending performance as hometown underdogs.

In round-robin play, the eighth-ranked Koreans were victorious over Canada, 8-6, in their first game of this Olympics. They defeated Sweden, too, in a 7-6 win and finished first in the Olympic round robin.

"They are going to be the team to beat," Hasselborg said. "The Asian teams had a very strong performance here. So it's good for curling."

But coach Kim Min-jung said it had been "difficult to develop the sport of curling in Korea."

Only months before the Olympics, the South Korea Curling Federation was subjected to a government audit over governance issues and its support for the national team.

The silver medalists may have captured the public's imagination. But that is little thanks to the country now adopting them as national heroes, Kim Min-jung suggested.

She called for a "better environment" for the sport.

The treatment of curling is "quite not fair," she said. "I hope this unfairness will be improved in the future in order to better develop curling."

Team lead Kim Yeong-mi, for her part, asked South Koreans to be patient.

"We are going to be preparing vigorously for the next four years and we're definitely going to get that gold medal," she said. "All I ask is for the crowd to keep cheering us on."

Pyeongchang 2018: The closing ceremony and what you missed at the Games
February 24, 2018 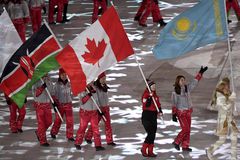 As Winter Olympics come to an end, what does South Korea take away from the Games?
February 23, 2018 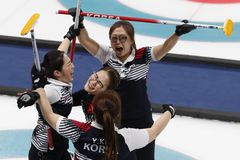 ‘A sob story’: Canadian fans paid thousands for Olympic tickets, but found no Canadians on the ice
February 24, 2018 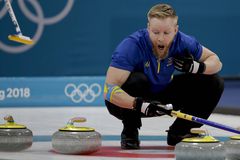