Gut temporarily relinquished the overall lead to Maria Hoefl-Riesch at the Alberta resort after the German won downhill races Friday and Saturday. Gut's victory Sunday put her back atop the overall standings.

"It's the first time I'm in the top three in the overall, so it's a pretty new thing for me," Gut said. "I just have to stay focused on my skiing and not starting thinking about points.

"If I starting thinking about points, I will start getting nervous and not ski the way I can. Today I knew I had to ski and this is what I did. It's cool to know when you have to ski, I can be in the top in Lake Louise."

Tina Weirather of Liechtenstein was second and Anna Fenninger of Austria finished third for the second straight day. Hoefl-Riesch was 19th in super-G and trails Gut in the overall standings by 41 points.

Marie-Michele Gagnon of Lac-Etchemin, Que., was the top Canadian in 10th. Larisa Yurkiw of Owen Sound, Ont., missed a gate and did not finish.

The World Cup Lake Louise was the scene of Vonn's first races since crashing and severely injuring her right knee in super-G at the world championships in February. The reigning Olympic downhill champion tore two ligaments in her knee and broke a bone in her leg.

Vonn's comeback was on track until she partially tore a reconstructed anterior cruciate ligament while training in Colorado last month.

The 29-year-old owns a record 14 World Cup victories at Lake Louise, but Vonn was 40th in the first downhill before jumping to 11th on Saturday and then fifth Sunday.

"I think it was a huge step in the right direction," Vonn said. "I know I can win again."

Vonn needs more surgery and intends to postpone it until after the Winter Olympics in Sochi, Russia. Chasing a fifth career overall World Cup title this season is out of the question with her knee in a tenuous state.

Vonn is concentrating on defending her title in Sochi now. She must decide how many races she can do between now and February to accomplish that.

"I do need a couple more starts," Vonn said. "I want to make sure I get on the podium at least once if not win before going into Sochi. I really want to have that in my back pocket.

"I'm ready for Sochi. I may race one or two races. I really have to look at the program with my coaches and come up with a game plan. Maybe a couple more starts, but I really want to focus on Sochi and take the risk away from any long-term damage on my knee.

"Not very much ACL left is pretty hard-core. I give myself a little bit of credit. I'm not going to give up and I'm going to be in Sochi and fighting for my medal."

Gagnon, a slalom specialist, didn't race the Lake Louise downhills. She competed in super-G to get work in speed events. Gagnon will represent Canada in the super combined event — the combined times of a slalom and a downhill — in Sochi.

Gagnon was nevertheless pleased with a third top-10 result this season in as many disciplines. She placed fifth in the season-opening slalom in Levi, Finland, and 10th in a giant slalom in Soelden, Austria.

The 24-year-old helicoptered her pole around her head in celebration when she crossed the finish line Sunday.

"I'm definitely a slalom ninja," Gagnon said. "I was really surprised. I charged and I didn't know what it would get me, but at the same time I know my technique is improving and giant slalom and slalom is pretty strong now and it's looking good now.

"It's carrying onto speed events and that's really exciting. It shows I can use the speed side to my advantage a little bit better."

The women's World Cup races followed a men's downhill and super-G at Lake Louise. Canada's skiers left their home races this year with three top-10 results, but no medals.

Canadians stood on the podium nine times between 2006 and 2009 with the last medal a downhill bronze by Emily Brydon.

Hudec, Guay and Vancouver's Manuel Osborne-Paradis qualified for nomination to the Olympic team with top-12 results at Lake Louise.

Yurkiw needs another top 12 to reach the criteria set by Alpine Canada. She was dropped from the Canadian ski team after last season.

Yurkiw says she raised about $150,000 on her own to pay for her summer ski camps in Europe and for her coaching and training expenses.

"She's on a roll right now and I hope she can carry it on through the next races in Europe," said Paul Kristofic, Alpine Canada's vice-president of sport. "We'll lend a hand and cheer her on towards her goals absolutely.

"Today with Mich, that's a testament to the momentum she has in all events right now. She's been skiing really well with tremendous speed. She's definitely a contender in the combined event. Doing some speed is critical for that."

Yurkiw was to board a flight Sunday for St. Moritz, Switzerland, where she and Gagnon will race a super-G on Saturday. Gagnon will also compete in a giant slalom there.

Own The Podium doles out taxpayer money to sport federations based on the ability of their athletes to win medals. OTP is spending $2,788,000 on Canada's ski team in 2013-14, which ranks third behind the money going to speedskating and freestyle skiing.

Since the 2010 Winter Olympics in Vancouver and Whistler, B.C., OTP has provided just over $7 million to the alpine ski team, which is fourth behind speed skating, freestyle skiing and snowboarding. 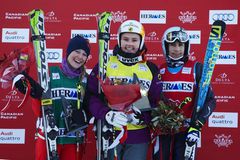 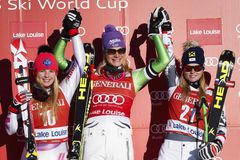 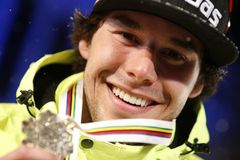 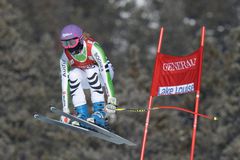