The beauty and the heartbreak of the men's Olympic hockey tournament was there, on display, on Tuesday night, Latvia playing Switzerland, one team recording perhaps the most important victory in its history, the other bitterly disappointed because it had set its sights so much higher than this.

Welcome to the new world order in international hockey, where a pair of lightly regarded upstarts are in the quarter-finals. Latvia, the 11th seed, knocked off the favored Swiss, by a 3-1 count, the final goal going into the empty net, and will play Canada Wednesday.

Slovenia, the No. 9 seed and making its first Olympic appearance in history, is also in the quarters for the first time, after defeating Austria Tuesday, while in the other two qualification round games, the favorites – Russia and the Czech Republic – both advanced, although neither made it through easily or decisively.

Norway gave Russia all it could handle, but eventually fell 4-0, the third goal going into the empty net, the fourth acting as window dressing for a host nation that is still searching to find its identity. As for the Czechs, they raced out to a 4-0 lead, only to let the Slovaks back in the game. Only an empty-net goal from Tomas Plekanec finally helped them put it away.

So on Wednesday, in the quarter-finals, Sweden plays Slovenia, the U.S. meets the Czechs, the Canadians play the Latvians and Finland faces the host Russians.

Latvia had been 0-3 in the tournament, but played all the other teams in Group c – Sweden, the Czech Republic and the Swiss – tough in the opening round, which created the belief that anything was possible.

Switzerland dominated the game early, couldn't score and then Latvia managed two fast goals to jump out in front. Goal-scoring was an issue for the Swiss all tournament long, but when Martin Pluss drew the Swiss to within one in the second, it looked as if the momentum had shifted. But they could get no closer. The Swiss, meanwhile, after going 2-1 in the preliminary round, with Jonas Hiller earning shutouts in both of his first two appearances, are now on the sidelines.

The Latvians, behind Buffalo Sabres' coach Ted Nolan, have the unenviable task of playing for the second time in two nights against Canada, but it is a challenge they will embrace, according to the former Ottawa Senators' forward Kaspars Daugavins, who called the victory over Switzerland an "historic moment, the first time ever in the quarter-finals of the Olympics. It's great. It's something amazing. Not many people believed we could do it. And we proved a lot of people wrong.''

Daugavins said he was looking forward to the game against Canada, "one of the greatest hockey teams ever. It's going to be really tough for us but we'll try to give them a hard time. You never know, miracles happened before, as long as we earn the miracle.

"Our goalie might stop every shot. You never know.''

Nolan has coached the Latvian national team for a couple of years now and received permission from his NHL employer, the Sabres, to do in these Olympics. Daugavins says Nolan's style is perfectly suited to what the Latvians needed.

"We never had a coach that actually believes in the players. It's always been like army-style where everybody just has to work hard and you never get a tap on your shoulders, saying `good job, buddy.' He brings a different spirit on the team. He actually makes us believe that we're actually a good team. I've been to a lot of world championships and an Olympics before and we never had a feeling that we can actually win something. We just went out there and played.''

When Nolan was asked how he motivates his team, knowing they face long odds, he answered:  "I just believe in paying it forward, I guess. When I was a kid, not too many people believed in myself or gave me an opportunity. We had to fight for everything we got, and coming from where I came from, it kind of teaches that it's important that everybody has an opportunity and to believe in themselves. I think a lot of it had to do with the way I got raised and the way you want to treat people and give people an opportunity no matter where they're from or how much money they are or how small the country is. Everybody has an opportunity. So today was a good day for us."

It was a completely different experience for the Swiss, who some thought could give Canada a difficult time of it. Switzerland has played the Canadians tough in each of the past two Olympics, winning once (in Turin) and losing in a shootout in Vancouver.

Hiller, who'd been spectacular in the tournament, thought it was possible that the Swiss "might have been thinking too much ahead.

"At the end we were talking about it, this is the most important game we have played until this tournament. We could have lost all three games and still been at the same point. I just thought we got outworked tonight. We weren't as ready as the Latvian team to do everything to win the game. You can't just go out there and think the talent is good enough if you're just working at 90 percent." 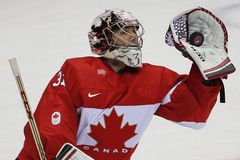 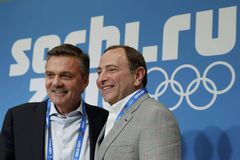 The bizarre dysfunction of the Czech hockey team
February 18, 2014 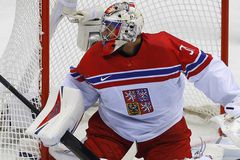 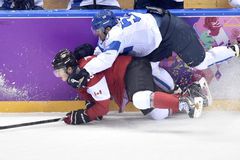 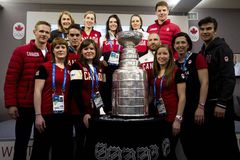