A few weeks ago, Brittany Schussler and her speed-skating teammates packed their bikes and headed for the Arizona desert. More than just a chance to leave the Canadian winter behind, it was an opportunity to clear their heads before the 2014 Sochi Olympics.

For five days, the team trained on the asphalt highways outside Tucson, gazing over their handlebars at views that stretched to the horizon. It was good while it lasted, since the road in Sochi will be a lot less clear for Canada's long-track speed skaters.

The veritable medal factory that long track has seemingly always been for Canada – from Susan Auch and Catriona Le May Doan to Cindy Klassen and Clara Hughes – now faces it's toughest challenge in years. The team heading to Sochi was announced Wednesday in Calgary, and its 17 members represent a period of renewal for Canadian speed skating.

There are seven previous Olympians on the squad – including Schussler, who will compete in her third Games, alongside women's team veteran Christine Nesbitt, the defending Olympic gold medalist in the 1,000-metre event, and the men's team pursuit squad of Denny Morrison, Lucas Makowsky and Mathieu Giroux, who won gold in Vancouver in 2010.

The reins are largely being passed to a new generation, and it is now up to 28-year-olds Schussler, Nesbitt and Morrison to lead this squad. With Olympic medalists Klassen, Kristina Groves and Hughes no longer in the picture, they are now the veterans who need to set the pace.

"It's really different than [the weeks before] Vancouver," Schussler said, comparing the mood before Sochi to the lead up to the 2010 Winter Games. "Before Vancouver, there was a lot of different outside pressure and more people watching and paying attention, and internally, you put more pressure on yourself.

"I plan on getting [to Russia] and being in a bubble where people people hopefully don't notice me until I have that great result that I'm aiming for."

Schussler, who won a World Cup bronze in the 1,500-metres this season, isn't alone in her plan to fly under the radar.

Heading to Sochi, it could almost be a mantra for this long-track team. Canada arrived at past Olympics as a podium favourite in multiple events. But this time around, it finds itself facing more of a fight.

After commanding World Cup performances in 2011 and 2012, Nesbitt has battled slower times this season. Frustrated, the skater from London, Ont., left the international circuit and returned to Calgary to focus on training. Though she has restored her confidence in recent months, the once-dominant Nesbitt figures she is heading in as "an underdog" in Sochi.

"And that suits me just fine," she said in a recent interview.

Morrison is also facing challenges. The former world record holder in the 1,500-metre race broke his ankle cross-country skiing in 2012, and has struggled to find the same stride that made him a podium contender in Vancouver.

But Morrison has a proved ability to fight through adversity. After missing a medal in the individual events four years ago, he led a charged Canadian squad to gold in the team pursuit.

Then, last December, Morrison fell on the last lap of his 1,000-metre race needed to qualify for the 2014 Olympics, forcing him to skate error free in the 1,500-metres to secure a spot on the team. "Speed skating is a pretty exciting sport in that way," Morrison quipped afterward. 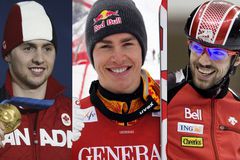 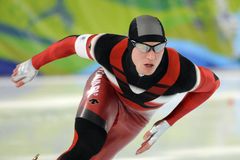 Back from injury, biathlete Brendan Green has sights set on Olympic gold
January 21, 2014 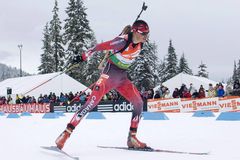