The man who helped Vancouver land the 2010 Winter Games has some advice for Toronto if it wants to be Canada's next Olympic host city – strike while the iron is hot.

With "euphoria" for the Pan American Games set to reach a fever pitch this weekend – fuelled by Canadian athletes' unprecedented success at the multisport event – it will be easier to rally public support for an Olympic bid, said John Furlong, who co-led Vancouver's bid and oversaw the Games organizing committee.

Mobilizing various levels of government and stakeholders before Sept. 15, the deadline for would-be host cities for the 2024 Summer Games to register their interest with the International Olympic Committee, may prove challenging, but it can be done, Furlong said.

"I do think that the timing may be right," Furlong told The Canadian Press this week. "If the community decided this was the time to go for it, I think they'd have a pretty good shot.

"Because of the timing of the bids for 2024, if the city has this feeling, then it will probably have to move along fairly quickly and decide."

Toronto has unsuccessfully bid for the Olympics five times in the past 60 years, most recently when it lost to Beijing for the 2008 Summer Games.

The IOC rated Toronto's 2008 bid favourably on infrastructure and technical ability, but raised concerns about its commitment to supporting sports in the community.

The Pan Am Games, which have seen ticket sales surpass one million, has stirred talk of another attempt. Several published reports have estimated a bid would cost at least $50-million and a source confirmed that figure to The Canadian Press.

Some experts say local and international changes that occurred since the previous bid could play in the city's favour.

Toronto Mayor John Tory has said the city now has the facilities to hold international competitions and that "nothing is off the table" when it comes to a possible bid.

"We have to sit down right after these Games and prepare every bit of analysis – on the finances, on the benefits to the city, on the amount of publicity it will give us from the point of tourism," Tory told The Associated Press this week.

The IOC recently changed its rules to encourage bidding cities to use existing or temporary facilities and to focus on sustainability and community building.

Previously, the committee preferred to see facilities and the athletes' village clustered around an Olympic stadium, which Toronto pledged to build on its waterfront for 2008.

"In many ways, what we've done for the Pan Ams – spread the major facilities across the region based on need – could very well be the exemplar for the new way going forward for the IOC," said the University of Toronto's Bruce Kidd, an expert on Canadian sport and the Olympics.

"My preference would be to bid for 2028, but a number of people say life's too short. There are some very favourable factors right now. And maybe with all the turmoil, the IOC will be looking for stability and certainly Canada can provide stability and a guaranteed wonderful Games."

Toronto's competition for the Games must also be considered, said Bob Richardson, the chief operating officer for the 2008 bid and one of the leaders behind the Pan Am bid.

Paris, Rome, Boston, Budapest and Hamburg, Germany, have indicated they will apply. The winning city will be chosen in 2017.

None of the prospective 2024 cities are applying after recent failed bids, Richardson said, although Paris (1900) and Rome (1960) have both been hosts in the past.

The IOC sometimes rewards cities who keep trying, he added.

Should Boston be chosen as the 2024 host city, it's unlikely the IOC would choose another North American city for the 2028 Games. Boston, however, has been struggling to gain public support.

Canada has only held the Summer Olympics once, in 1976 in Montreal. Calgary in 1988 and Vancouver are the only other Canadian cities to have won Olympic bids.

"I'll be honest. I don't want to be the mayor that presides over some kind of modern-day record for bidding and losing," Tory said. "We want to make a decision – to do it or not – and then campaign our little hearts out, and campaign to win."

A Toronto Olympic bid won't happen without a stamp of approval from the Canadian Olympic Committee.

He recently hosted IOC president Thomas Bach in Montreal and Bach made two trips to Toronto at the beginning of the Pan Am Games.

"I don't think there are many IOC presidents who gave so much attention to the Pan American Games," Aubut said.

Rio de Janeiro could be an example for Toronto to follow. The Brazilian city hosted the 2007 Pan Am Games and landed the 2016 Summer Olympics two years later.

An Olympic bid also requires support from the federal and provincial governments, which each poured hundreds of millions of dollars into the Pan Am and Parapan Am Games.

Bal Gosal, Minister of State for Sport, said Ottawa would "look at the economic situation, the feasibility of the Games, what does it do for the country, then we can make a decision."

Even with the momentum of the Pan Am Games, some factors could hinder a Toronto bid, Kidd said.

Despite having new and "breathtaking" facilities, Toronto hasn't made much progress in fostering sports in the community, which was an issue flagged in its previous bid, he said.

"People have been preoccupied with building facilities and staging the Games and we really haven't put in place a realistic, sustainable plan to enhance sport and physical activity, particularly for the disadvantaged in our society," he said.

Kidd said the IOC will also want proof that Canadians want the Olympics.

Others said the city can't lose sight of practical concerns.

Basketball: The 3,300-seat Mattamy Athletic Centre was the Pan Am venue, but Air Canada Centre is an NBA venue that seats 19,800.

Beach volleyball: Many location options for what was a temporary structure at Exhibition Place.

Canoe/kayak, slalom: Minden Wild Water Preserve may be a 2 1/2-hour drive northeast of Toronto, but working with what's there is less expensive than building a new course closer to Toronto. 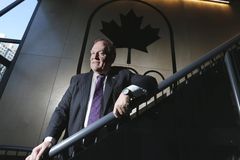 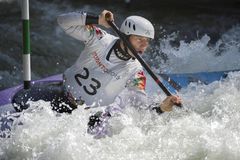 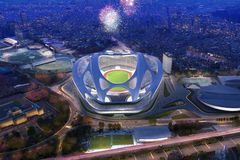