Bull riders with head injuries are being offered expanded medical and mental care in the aftermath of the suicide of Ty Pozzobon.

Professional Bull Riders tours in Canada and the United States implemented a new health and wellness program this year and plan to expand services to all rodeo competitors as early as the summer. The 25-year-old from Merritt, B.C., killed himself in January of 2017 after suffering numerous concussions over six years. He was diagnosed with chronic traumatic encephalopathy and a traumatic brain injury after he died. It was the first confirmed case of CTE found in a bull rider.

The broadened range of health services are being offered through a non-profit organization called the Western Sports Foundation. It was established only recently through a multimillion-dollar contribution from the Professional Bull Riders Association.

Until this year, bull riders and other rodeo cowboys had medical bills reimbursed through a relief fund. Some health-care services were provided at event venues, but a larger program was never established as in most sports. Doing so was complicated because bull riders are considered independent contractors rather than employees.

There are approximately 2,100 bull riders in the United States and Canada.

Discussions have taken place within the industry for years, but the new measures only came to fruition after Pozzobon's death and the formation of a foundation that bears his name.

"When we lost Ty, it was a real eye-opener for the sport," says Tanner Byrne, a Saskatchewan bull rider who co-founded the Ty Pozzobon Foundation a month after he died. "Everybody was crushed."

Byrne and other close friends to Pozzobon suggested some of the services now provided through the Western Sports Foundation. They include access to neurologists, an education program about the treatment and prevention of concussions, individual and crisis counselling and the creation of a suicide hotline. Treatment for alcohol and drug dependency is also being offered, as is financial and career counselling.

The cost of the program is covered through charitable contributions from businesses and individuals. The Professional Bull Riders is the main contributor and has made a five-year, multimillion-dollar commitment. Bull riders, bullfighters and other rodeo athletes pay no premiums.

"It is really amazing to have a program like this," Byrne says. "It gives you confidence that there is a support system in place if something happens to you physically or mentally.

"You know you are not alone any more."

Pozzobon's wife and family donated his brain to medical researchers at the University of Washington.

Through interviews and reviewing his medical records, researchers confirmed he had at least 15 head injuries over 10 years. He was 16 when he got his first one, and at 21 had five within 12 months. Each time, he lost consciousness and was disoriented and had lapses in memory when he woke up.

In November of 2014, Pozzobon was knocked out for an hour when his helmet was stomped on and crushed by a bull named Boot Strap Bill at the Professional Bull Riders national championship in Saskatoon. An MRI done three months later found evidence of hemorrhages in the frontal lobes of Pozzobon's brain, as well as in the right temporal lobe, the medial temporal lobe and the left brain stem. Microscopic examination of tissue samples taken after his death revealed that he had CTE.

In the last year of his life, he went from being affable and conscientious to having panic attacks, becoming reclusive, behaving erratically and acting out impulsively.

The repeated head trauma had left him with headaches and made it difficult for him to concentrate. He had balance issues, his eyes became sensitive to light, and he began slurring words. He was depressed, couldn't sleep and became irritable and hostile.

His wife, Jayd, and mother, Leanne, tried desperately to help him. A neurologist in Connecticut examined him, and suggested that he give up bull riding as his life's work. He refused to quit.

Loved ones wish they knew more about concussions at the time. They wish they could have availed themselves of counselling services that are available to bull riders and their families now. They find some relief in the thought that through his death, he will perhaps save another's life.

"Sometimes a person's life was so important that they affect change after they are gone," Chad Besplug says. A retired bull rider from Alberta, he was among Pozzobon's closest friends and helped established the Ty Pozzobon Foundation. "If Ty wasn't such a beautiful person when he was here, all of these positive changes wouldn't have happened.

"Mental-health issues in our community went from not being discussed to people openly talking about their problems together. Guys call in to check on each other now all of the time." 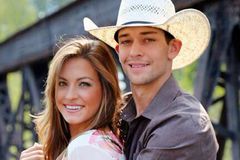 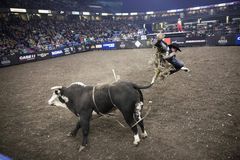 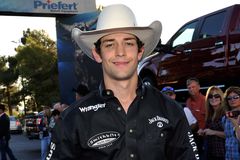 Follow us on Twitter @globesports Opens in a new window
Report an error Editorial code of conduct
Due to technical reasons, we have temporarily removed commenting from our articles. We hope to have this fixed soon. Thank you for your patience. If you are looking to give feedback on our new site, please send it along to feedback@globeandmail.com. If you want to write a letter to the editor, please forward to letters@globeandmail.com.
Comments are closed