Barbara Howard's first trip away from her birthplace of Vancouver was a month-long voyage by ocean liner to Australia, where she competed for Canada at the 1938 British Empire Games.

The unheralded schoolgirl was just 17, a sprinter who surprised the sports world by running a world-class time in qualifications. She would be disappointed by her performance at the Games, finishing sixth in the marquee 100-yard dash, though she returned home with two medals from relay races. She also carried with her a stuffed doll resembling a koala, one of many gifts she received from sports-mad Australian fans.

Miss Howard, who has died at 96, spent most of her life in anonymity, her early athletic achievements forgotten as she pursued a successful but quiet career as an educator. In recent years, she received belated recognition for her sporting feats and her pioneering role. She is believed to have been the first black woman to represent Canada in a major international competition.

That she spent so many decades in obscurity owed in part to her own feelings of failure at the Games.

"I thought I'd disappointed Canada," she told the Globe in 2010. "I was ashamed when I came home that I didn't have a gold medal."

It became her ambition to find redemption at the Olympics, though the outbreak of the Second World War led to the cancellation of the 1940 and 1944 Games. By the time international sporting contests resumed, Ms. Howard was beyond her prime.

Born in Vancouver on May 8, 1920, Barbara Catherine Howard was the youngest of five children born to Catherine (née Scurry), a dressmaker known as Cassie, and Samuel Howard, an Alabama-born caretaker. The family had a long history in the city, as her maternal grandfather had arrived by train soon after incorporation and family lore described him surviving the Great Vancouver Fire of 1886 by placing his shop's expensive barber chair on his back before racing into the harbour waters of Burrard Inlet.

After her father died in 1929, Ms. Howard's family was supported by her mother's brother. Her first tracksuit was a pair of hand-me-down men's cotton long johns dyed blue by her mother. "They were warm," she once recalled. "They did me fine."

She first won notice for being fast by winning the school championship at Laura Secord Elementary in east-side Vancouver. She recalled being able to hear the school bell being rung in the yard and being able to race the block-and-a-half from her home to be at her desk before the start of class. As a Grade 11 student at Britannia High, Ms. Howard competed in a time trial, completing 100 yards in 11.2 seconds, besting the Empire Games record by one-tenth of a second. The 1937 race earned her a spot on the Canadian team for the upcoming Games.

The voyage to Australia aboard the ocean liner Aorangi lasted a numbing 28 days, including a call at Fiji. The student brought with her school books for study, practising for her events as much as possible on deck. Her roommate in a small cabin aboard ship was Ann Clark, manager and chaperone for the Canadian women's team.

In Australia, the schoolgirl was an object of fascination. "Barbara Howard, dusky sprinter from B.C., caused quite a stir among Sydney's populace during her appearance at the Empire Games," reported Globe sports columnist Fanny (Bobbie) Rosenfeld, herself an Olympic gold medal-winning relay sprinter. "She apparently was quite a novelty … appearing on the front page of every newspaper. They seldom see coloured athletes down there … the photographers and autograph seekers kept on her trail."

The young woman's kind demeanour earned her many friendships on the sojourn and her popularity was recorded by the Sydney Morning Herald, which noted her collection of mascots and souvenirs, as well as a prized club blazer from the South Curl Curl Surf Life Saving Club. The same newspaper described her as "dark-eyed and vivacious," adding a demeaning racial comment typical of the era: "Like most members of her race, she is a very able sprinter."

While Ms. Howard later said she received nothing but hospitality from Australians, the attention proved a distraction and she found herself feeling adrift by the time of the final for the 100 yards. She despaired at looking on the great crowd at the Sydney Cricket Ground and not seeing any familiar faces.

She finished sixth in the race, behind Decima Norman of Australia, who set a new Empire Games mark with a run of 11.1 seconds. Jeanette Dolson of Toronto came in third.

Ms. Howard gained a silver medal in the 440-yard relay with teammates Aileen Meagher of Halifax and Ms. Dolson. The trio also claimed a bronze in the four-person, 660-yard relay, joined by Violet Montgomery of Winnipeg.

Ms. Howard was feted briefly on her return to Canada, where she continued her studies, living at home with her widowed mother. During the war, Miss Howard was hired as a teacher in Vancouver, becoming the first member of a visible minority to be hired by the school board. She earned an education degree from the University of British Columbia in 1959. She taught for 43 years, including a 14-year stint as a physical-education teacher.

In 2010, by then long retired, she received a Remarkable Woman Award from the Vancouver Park Board for "her passionate dedication to inspire others to make a positive difference in their community." The recognition, 72 years after she had competed, revived interest in her athletic career.

Miss Howard died on Jan. 26. Her death was announced a month later by her niece. A celebration of life is scheduled for April 1 at St. Andrew's-Wesley United Church in Vancouver. Miss Howard, a long-time activist in the church, never married. She was predeceased by a brother, Charles, and sisters Melba, Goldvine and Priscilla.

Miss Howard was a warm, funny person with the gentle demeanour one would expect from someone who spent much of her working life with children. She never complained about her fate and was delighted at receiving honours late in life. She did not have her medals on display at her home, though she did keep on a couch in her bedroom a tattered doll with a faded black nose, the stuffed koala a souvenir almost as valuable as a gold medal.

To submit an I Remember, email obit@globeandmail.com. 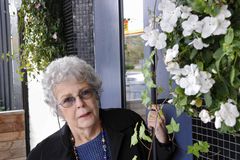 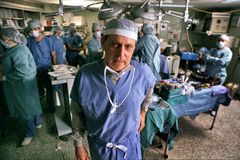