It was a harrowing memory from the National Hockey League pre-season two years ago; Edmonton Oilers undrafted rookie hopeful Taylor Fedun crumpled on the ice writhing in pain with a broken leg.

Fedun broke his right femur crashing into the end boards, getting tripped up on a race for the puck on an icing call, a play that has since been legislated out of the NHL.

A rod surgically implanted in his leg and his career perhaps in jeopardy, Fedun began the long process back that included hours upon hours of rehabilitation.

The 25-year-old missed the 2011-12 season and returned to the ice last year where he played the entire season in the minor leagues with the Oklahoma City Barons.

With Edmonton's defence thinned by injuries, Fedun was the player that the Oilers summoned from OKC to play in Tuesday's game against the Florida Panthers.

Fedun made the most of the opportunity, scoring his first NHL goal in the second period that helped the Oilers earn a 4-3 overtime victory against the Panthers.

Rookie Mark Arcobello also scored his first NHL goal for the Oilers and then added the winner in overtime. But the night belonged to Fedun and his heartwarming story.

Fedun said he packed light for his trip to Sunrise, Fla., to join the Oilers, not certain how long his NHL callup will last.

He burned up the long distance phone lines contacting various members of his family when he found out he was going to the Oilers. He was unable to get in touch with his dad who was up in northern Alberta moose hunting.

Fedun said his father bagged a moose and then he got his first NHL goal.

Tyler Seguin was another hockey player with something to prove as he headed into Boston with his new team, the Dallas Stars, to play the Bruins.

Before he was traded to the Stars in July, Seguin was stung by comments offered up by Bruins GM Peter Chiarelli that the young player needed to mature as a pro.

Seguin returned to Boston for the first time since the trade on Tuesday and he rubbed it in the face of the Bruins the best possible way, counting a goal to help the Stars earn a 3-2 win in a shootout.

And don't think that extracting a measure of revenge was not on the mind of Seguin, who has ruled out ever returning to play with the Bruins as a player.

"It was 100 percent a special game," he said. "I knew where this was on the calendar, I knew when we were coming to Boston. Obviously the win not only for me personally, but for the team, that was a great identity win for us. I know they're one of the best teams in the league, but we found a way."

Incognito story continues to percolate in the NFL

The Richie Incognito bullying story continues to dominate National Football League headlines as officials grapple with how best to handle the sordid affair.

The massive lineman with the Miami Dolphins, who has been suspended indefinitely by the club for his actions that drove a teammate off the team, Incognito offered his first public comments on all the allegations to a local Fort Lauderdale TV reporter.

And he didn't have much to say.

To some, Incognito should just be drummed right out of the league and now it is up to the office of NFL commissioner Roger Goodell to come up with a suitable response. 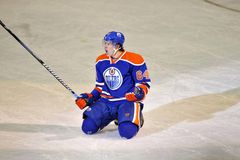 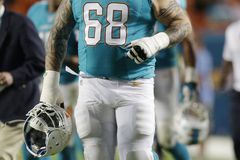