For Englishman Damian McGrath, the newly appointed head coach of the Canadian national men's sevens rugby program, the appeal of his sport lies not only in its raw pace and power, but also in its digestibility.

To drive home his point, the native Yorkshireman compares it to his own introduction to "American football," or the NFL to those born on this side of the Atlantic Ocean, back in the 1980s.

NFL stars such as William (Refrigerator) Perry and Joe Montana made their British television bows in condensed one-hour broadcasts of their games, temporarily blowing away a brand new fan base with their aggression, speed and skill.

"Then they made the mistake … of showing the games in their entirety and it lost all the audience it had," McGrath adds, noting that British fans raised on soccer and rugby were less than impressed with the stop-and-start nature of the other kind of football.

Rugby sevens won't have that problem breaking through with its fledgling fan base here thanks to its "bite-sized chunks of excitement," as McGrath terms the two seven-minute halves that make up a game.

While he looks upon the regular 15-man game as "physical chess" that can be tough for an outsider to grasp and sometimes "a little bit boring," the smaller-sized version of the sport can attract newcomers in a whole new way.

"It's a great introduction and it will grab people's attention and people can see there's a way into the game that might not have been there before," he adds.

When the Canadian men's and women's sevens teams get their seasons under way next week in Dubai in the first leg of the Sevens World Series, the sport will be looking to build on its first Olympic sevens rugby tournament this year.

The Canadian men missed out on qualification for that historic event last August, but the Canadian women reached the podium, successfully avenging an earlier tournament loss against Britain to claim the bronze medal.

Kayla Moleschi, who has played for the national sevens squad since making her senior debut in 2011, says that while the players haven't received a huge pay increase since bringing home the medal from Rio, she is seeing some welcome changes. For instance, because the sport is still very much in its infancy on these shores, the onus is on the players to do a number of community appearances and clinics to help raise the game's profile. However, players are starting to get compensated for their travel or their time in helping out.

Coaching clinics are one of the ways Rugby Canada is trying to get more girls involved in the sport, and Moleschi says she has seen rapid growth in this area, with even some young boys wanting to grow up and play for the women's team following the success at the Rio Games.

"It's just amazing to see it skyrocket," she says of the growth in involvement in the sport. "… It was a thing before [the Games], but never with this amount of numbers. We'll go to some camps that have 70 girls in age range from 7 to 17, so it's really amazing to see that growth."

While the men didn't get their moment of glory in Rio, they've nonetheless seen the upswing of attention in the game, partly because of the success of their counterparts.

John Moonlight, who plays for Canada in both sevens and the 15-man game, feels the sport is primed to explode in the next six to 12 months. One of the reasons for this is that rugby, much like soccer or basketball, offers a low-cost entry to play – a pair of shoes and a ball – unlike sports such as football or hockey, for which equipment runs into the hundreds of dollars.

"I think it's an alternative that you're going to see a lot of families go to," he says.

The men's game benefits greatly from Canada's inclusion on the Sevens World Series, with its stop in Vancouver's B.C. Place next March. Rugby Canada has signed a four-year deal to host the tournament, and if the inaugural playing in 2016 was any indication both Rugby Canada and Vancouver tourism should benefit financially from the pact.

More than 60,000 fans attended the two-day event, with many players from opposition teams surprised at the enthusiasm toward the sport in a non-traditional market.

"Usually on Day 1 the first round of games there's never that many people there, but as soon as the doors opened there were 20,000 people already in the stadium for the first game," Moonlight says. "That's the kind of stuff that teams all around the world love."

It should also help Rugby Canada fund its sevens programs. Moonlight says that the players receive $18,000 annually from Sport Canada, but that the Vancouver tournament has allowed them to receive an extra allotment of money to help with training and living costs.

"There just needs to be money in Canadian sports to keep athletes within sports like this," he says. "So many athletes retire because Canadian athletics [organizations], they don't compensate athletes to the level they should be."

When Moleschi moved to Langford, B.C. (the home of Canadian rugby) to join the national team, she had a part-time job as a landscape gardener to help out with the bills. But as training for the Olympics took up almost nine hours a day, that wasn't feasible in the run-up to the Games.

She's confident that the growth of the game, and the influx of funding that success in the sport will provide, will help make those concerns a thing of the past.

"Hopefully in the years to come … you don't feel you need to have a second job when you're trying to train with the national team," she says.

Rugby Canada is seemingly doing its level best to achieve success and ensure that the sport can continue to grow. A new gym is being installed at the team's training base at Langford, and bringing in a coach of McGrath's calibre, who was previously involved with the setups of the powerhouse Samoan and English sevens teams, would appear to be an indicator of its drive for success.

"I think it would be hard to point a finger at Rugby Canada for the investment they're making in the sevens program," McGrath says. "Within reason of course, because money's not limitless, but they're certainly doing their best to make sure that we have the very best available to do the best we can." 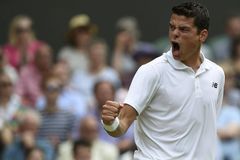 Rugby veteran uncorks a new passion
October 14, 2016
Proper food can be the ace up a tennis player’s sleeve
October 7, 2016
Follow Paul Attfield on Twitter @paulattfield
Report an error Editorial code of conduct
Due to technical reasons, we have temporarily removed commenting from our articles. We hope to have this fixed soon. Thank you for your patience. If you are looking to give feedback on our new site, please send it along to feedback@globeandmail.com. If you want to write a letter to the editor, please forward to letters@globeandmail.com.
Comments