The scene is a familiar one just about anywhere in North America - Saturday afternoon at the soccer field, where the children play and the parents watch and the parking lot is filled with minivans and SUVs. That's the picture on a sunny spring day in the leafy green suburbs just outside Buffalo, complete except for a few ringers who have joined the pitch-side crowd.

So what's the apt point of comparison? Well, imagine your neighbourhood kid-soccer equivalent, then imagine Lionel Messi and Wayne Rooney dropping by to watch, signing a few autographs and having their pictures taken with the local youths.

In women's soccer, Brazil's Marta and Canada's Christine Sinclair would be right there at or near the top of any list of the game's greatest global talents. And here they are, operating in relative anonymity, having just finished a practice with their club side, the Western New York Flash of Women's Professional Soccer, at the local rec centre.

You could be forgiven for not knowing that the team (which actually plays its home games down the road in Rochester) or the league even exist. Though as far back as 1999, when the Americans won the World Cup at home with Mia Hamm and company, it seemed a real breakthrough was at hand, the female side of the sport still struggles for recognition, not just from the general sports audience, but also from those who are devoted to the men's game.

"I think a lot of people thought women's soccer had arrived and it was here to stay and it was going to be huge," Sinclair says, "but that wasn't realistic. It has progressed slowly."

That's in part why the two visiting superstars inspire only a flicker of recognition, though on closer inspection, one of them is getting her time in the spotlight.

Marta, who has been promoted as the female Pele, has an agent with her who handles her media bookings, and this afternoon she ducks away from the field early - missing a photo op with the local kids - to begin a series of interviews with a range of outlets, including the German magazine Der Spiegel, and ESPN.

Sinclair, who just turned 28, brings with her none of the celebrity accoutrements. She does her bit with the young players, but also does her best to stay out of range of a visiting photographer, then reluctantly stands still for an interview, all the while apparently anxious to move along.

Perhaps that natural shyness is one reason so few Canadians are aware that this country has produced one of the greatest female soccer players in history, or that the side Sinclair leads into the World Cup in Germany - Canada opens against the powerful home team in Berlin on June 26 - has a real chance to reach at least the final four.

What they do know, if they've been reading the sports pages, is that there has been considerable controversy swirling around the squad, with coach Carolina Morace threatening to leave her post immediately after the tournament, and the players unhappy with their compensation and training situation. Those issues have at least temporarily been patched over, and Morace is pledging to stay on through the 2012 Olympics, but that doesn't mean all is well or all is forgotten.

At least there is no question where the players' loyalties lie; they have stood four-square behind their coach.

"When you face some controversy, it can either break the team apart or bring you together," Sinclair says. "It definitely brought us together. We're more of a unit now than ever."

What Morace has done for Canadian soccer will become more obvious over the next month, as larger audiences tune in for the tournament. Under her predecessor, Even Pellerud, who won a World Cup with Norway in 1995 and coached Canada to the semi-finals in 2003, the national team played a direct, long-ball game, short on finesse, taking advantage of the players' advantages in size and speed and fitness.

"I give all of the credit in the world to Even," Sinclair says. "He did tremendous things for our program. Sort of put us on the map and gave players like myself and a few of the younger players a shot."

Morace, who played internationally for Italy, decided to start from scratch, breaking down the players' skills, making them relearn the basics, teaching them a possession-oriented, short-passing style, all of which is easier said than done given that the team is together only occasionally, and then not at home, but at their training base in Italy.

Both Morace and the game she has brought with her have been a revelation for Sinclair.

"Obviously I'd heard of her as a player and I knew that she was a coach," Sinclair says. "Then she came in and it's been amazing. She's completely changed our program, changed our team, completely changed me as a player. Everything is about soccer, everything is about development and getting better. And it's soccer specific. In the past you were just an athlete. But now she's changing everyone into soccer players. I think I was built to play a possession-style game, and I've thrived under her."

Since the interview, Sinclair has joined her teammates in Italy for a final training camp and exhibition matches (though not without some last-minute hassles when the Flash refused to grant her and her Canadian teammate, Candace Chapman, early releases, which for U.S. national-team players came automatically. In the end, lawyers had to be called in).

Germany, winner of the past two World Cups, will be prohibitive favourites at home, and Canada faces a difficult task opening the tournament against the Germans in Berlin, in front of a crowd that is expected to be in excess of 70,000 (or about 60 times what the Flash draw for their home games).

"We played them last year, and they're the best team I've ever played against," Sinclair says.

But if Canada gets out of its group, which also includes Nigeria and France, as the runner-up, it wouldn't play the Germans again before the final. And though Brazil and the Americans are generally conceded the second and third spots, and though the Canadian women are at a disadvantage to the other world powers when it comes to resources, Sinclair says they enter this tournament with no fear, which bodes well not just for Germany 2011, but for the 2012 Olympics and, looking far down the road, for when Canada is host of the next Women's World Cup, in 2015.

"In years past we knew that we had to play our best game against the best teams in the world and hope that the other teams weren't at their best for us to win," Sinclair says. "But heading into this World Cup, we can play with any team in the world. The past year and a half we've proven that we can beat any team in the world. We actually feel that we've put together a little bit of consistency. We're confident that every game we play we can be at our best."

Care to make a prediction?

"I think we're heading into the World Cup with a legitimate shot of doing very well," Sinclair says. "That's new for us. We're playing very well."

"We could do very well," Sinclair says, and there's something in her voice that tells you, she means it.

Carolina Morace gets what she wants
June 9, 2011 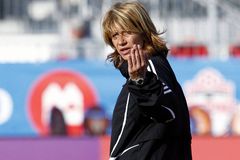 Time for the Canadian Soccer Association to come clean
June 2, 2011 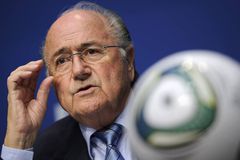