The Spain squad for the Euro 2012 finals comprises the following 23 players:

12-Victor Valdes (Barcelona) Born: 14.01.82 Caps: 8. Barca's number one has ironed out the howlers that plagued his early career to become La Liga's most miserly keeper over the past four seasons. Another great shot-stopper, the shaven-headed Catalan excels in distribution from the back.

23-Pepe Reina (Liverpool) Born: 31.08.82 Caps: 25. Reina rarely gets a look-in but has performed well when called on and is something of a penalty expert. A popular figure in the squad, he typically acts as comedy compere at victory celebrations.

17-Alvaro Arbeloa (Real Madrid) Born: 17.01.83 Caps: 35 Goals: 0. A steady full back, he is comfortable on both flanks but mainly used on the right by Real and Spain. Played up front as a youngster and can be surprisingly skilful in front of goal.

15-Sergio Ramos (Real Madrid) Born: 30.03.86 Caps: 86 Goals: 6. Athletic and tough-tackling, Ramos has switched to central defence from right back for club and country this season. Can be tactically suspect but is a potent goal threat from set pieces with his powerful headers.

3-Gerard Pique (Barcelona) Born: 02.02.87 Caps: 39 Goals: 4. A commanding presence in central defence and a threat when joining attack as an auxiliary striker chasing late goals, Pique has great timing in the tackle and is an astute passer. Will be expected to stamp his mark on the side in the absence of injured talisman Carles Puyol.

18-Jordi Alba (Valencia) Born: 21.03.89 Caps: 5 Goals: 0. Alba has made a strong case to be handed the left-back role on a permanent basis after an impressive season at Valencia and some solid appearances for Spain. Pacy and tenacious in the tackle, he is adept at getting forward to send over dangerous crosses.

4-Javi Martinez (Athletic Bilbao) Born: 02.09.88 Caps: 7 Goals: 0. Del Bosque surprised many by taking Martinez to the 2010 World Cup. A silky yet combative player, he has developed enormously in the past two years and has impressed as a part-time central defender for his club.

5-Juanfran (Atletico Madrid) Born: 09.01.1985 Caps: 1 Goals: 0. Juanfran has blossomed since Atletico coach Diego Simeone switched him to right back. His previous experience as a winger makes him a serious threat going forward and he is a fine crosser as well as an accomplished defender.

8-Xavi (Barcelona) Born: 25.01.80 Caps: 109 Goals: 10. Midfield orchestrator Xavi has set new standards for a central playmaker, leading Spain to victory at Euro 2008 and the 2010 World Cup and Barca to 14 trophies under coach Pep Guardiola. His passing, vision and composure on the ball are unrivalled.

6-Andres Iniesta (Barcelona) Born: 11.05.84 Caps: 65 Goals: 11. A hugely gifted ball player, Iniesta epitomises Barca's swift, counter-attacking style. Has suffered niggling injuries in recent seasons but looks back to his best. Will always be remembered for his winner in the 2010 World Cup final.

10-Cesc Fabregas (Barcelona) Born: 04.05.87 Caps: 63 Goals: 8. A commanding presence on the ball and a threat from anywhere around the box, Fabregas may finally have carved out an automatic spot in Spain's competitive midfield. Has looked hungry for goals and created a host for his team mates since returning to Barca from Arsenal but fell out of form towards the end of the season and is carrying a muscle injury.

14-Xabi Alonso (Real Madrid) Born: 25.11.81 Caps: 96 Goals: 13. The hard-tackling Alonso has stamped his authority on the Real Madrid side following his move from Liverpool. A highly-respected member of Spain's squad, he helps give Xavi the space to perform and likes shooting from distance.

16-Sergio Busquets (Barcelona) Born: 16.07.88. Caps: 39 Goals: 0. Busquets has similar passing ability to Xavi, Iniesta and Fabregas and is a tenacious ball winner. Del Bosque has said he is the player he would most like to be compared to but a weakness for play-acting dents his reputation at times.

20-Santi Cazorla (Malaga) Born: 13.12.84 Caps: 43 Goals: 6. Missed out on Spain's successful 2010 World Cup campaign because of a back injury but has returned looking as dangerous as ever in his favoured attacking midfield role. Another gifted central playmaker Del Bosque can call on to inject creativity and pace.

21-David Silva (Manchester City) Born: 08.01.86 Caps: 58 Goals: 16. A tricky and pacy left-footer with an eye for goal, Silva has had two impressive seasons at Manchester City. Complained about being sidelined under Del Bosque but may have done enough to claim a place in the starting 11.

9-Fernando Torres (Chelsea) Born: 20.03.84 Caps: 93 Goals: 28. Scorer of the goal against Germany that fired Spain to Euro 2008 glory, Torres suffered a spectacular loss of form after moving to Chelsea from Liverpool in 2011. Was dropped in February but is now likely to start up front in the absence of injured record scorer David Villa.

7-Pedro (Barcelona) Born: 28.07.1987 Caps: 14 Goals: 1. The pacy Canary Islander has come back into form in recent months after his season was disrupted by injury and scored twice in the King's Cup final win against Athletic Bilbao, underlining his happy knack of finding the net in important matches.

13-Juan Mata (Chelsea) 28.04.88 Caps: 18 Goals: 5. Another left-footer who has flourished in England, Mata has shone at Chelsea even as the London club struggled at times this season. Can both score and create goals and is a useful player to bring on to freshen up the attack.

22-Jesus Navas (Sevilla) Born: 21.11.85 Caps: 17 Goals: 1. Zippy winger and bane of many a left back, Navas took his rightful place in the squad at the 2010 World Cup after shaking off anxiety attacks that stopped him travelling too far from his Andalucian home. Another useful impact player.

19-Fernando Llorente (Athletic Bilbao) Born: 26.02.85 Caps: 20 Goals: 7. The hulking striker is every defender's worst nightmare, excellent in the air and surprisingly skillful. Makes a useful contrast to Spain's diminutive, nippy midfielders, his prowess at holding the ball up under pressure makes him a valuable target man.

11-Alvaro Negredo (Sevilla) Born: 20.08.85 Caps: 10 Goals: 6. Strong in the air and possessing a thunderous left-foot shot, his record of five goals in eight appearances is impressive. Has gone off the boil for Sevilla in recent months but was preferred to Roberto Soldado and Adrian Lopez. 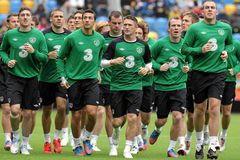 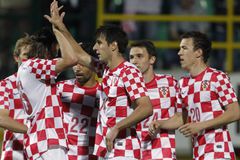