Let me fill you in on the doings of covering this mad tournament.

There are three of us here, The Canadian Guys (TCG). There's Mr. Kelly, Mr. Morris and yours truly. We are companeros. We are Canadian. Our mission is to bring vivid reports of fine international soccer to an awaiting public at home. Or so we tell ourselves anyway.

We are anchored down (that is, shacked up together) in an apartment in the outer reaches of Warsaw. This is TCG HQ. It's a pleasant, sylvan setting. Look out the window and all you see to the horizon are fields and trees. It's not a local park. We are at the end of Warsaw. Just beyond us is another province, I think. Urban it is not. Cab drivers at Warsaw's central station refuse to come here. Others say they've never heard of the street and doubt it exists.

It is the sort of rural area where locals nail a bit of wood to a tree and daub an announcement that they've got some critters for sale. Pairs of local teenagers go off courting in the long grass. They have nowhere else to go.

We, TCG , have a rented car to get around. Mr. Kelly does most of the driving and he's a steady fella. A wizard with the GPS on his phone. Mr. Morris sits up front and dutifully warns of hazards ahead or, in the immediate locality, roads that are not really roads but mere mud paths that inevitably lead to giant puddles of grey water. We encountered that and live in dread of doing it again. We might be stuck, watching the car sink while the rest of the world is watching a stunning Italy victory or the dismantling of Spain.

When the car hire was arranged, all seemed good. We could travel this vast country and even reach the nearest host city in the more vast Ukraine, next door. No so. Mr. Morris reported that when he picked up the car and mentioned our plan, the staff at the car-hire place was aghast. "This car not go to Ukraine" was the gist. He was informed that "Fifty per cent of cars that go to Ukraine from Poland don't come back." So that was that.

When we do manage to drive around, my job is to sit in the back and point to interesting signage that might reveal something about Poland and Euro 2012. The other day, as we tried to find parking in Old Warsaw, I struck gold. There, on a wall was a giant sign "Hot, Sexy, Naked: Orleans Euro 2012." We got out and gawped. It was a local strip club, Orleans, piggybacking on the Euro tournament. The main image was the posterior of a lady in soccer shorts. The small print – still in giant letters, though – declared that patrons could "Dance With A Real Polish Dancer" for a fee of 25 Euro. We discussed the issue of how a patron might be certain that the dancer provided was a real Polish dancer. What sort of questions might be asked in the initial interview to establish authenticity? Then we went for a fine chicken dinner.

My other job is make sure that TCG eat fruit daily. So that we don't get scurvy. That's a real issue, as I see it, seeing as the fridge contains six frozen pizzas and twelve beer.

The promised Wi-Fi in the apartment didn't materialize. Thus we spent half a day at a mall canvassing the purchase of Internet sticks so that we could actually be in touch and write in the apartment at the end of Warsaw. After much mall walking and asking we were delivered from nervous breakdowns by Agnes, who worked at an Internet service store. She got us set up, taking great pain to explain everything.

Of an evening, we all sit at the same kitchen table doing our writing. We toast Agnes with our tea and biscuits, of which we consume a lot. In truth we live like the Mole Sisters. But we do our work to the sound of Rush and BTO. Taking Care of Business is our theme music. We are The Canadian Guys. 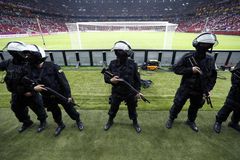 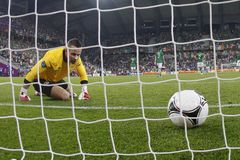