It is officially the UEFA European Football Championship 2012. It is unofficially and by common designation, The Euro.

It is the best international soccer tournament on the planet. Smaller but better than the World Cup, with fewer minnow teams playing. Less colourful and crazy than the Copa America, but with a greater number of world-class players involved. Much less predictable than the African Cup of Nations, the Euro always delivers high drama and spectacularly skillful play.

Two countries are co-host of the Euro – Poland and Ukraine. Neither has much hope of winning the tournament, but the intriguing thing about the Euro is that in its intense, three-week course, anything can happen. Denmark won it in 1992, after qualifying only because Yugoslavia had qualified but disintegrated as a country. In 2004, Greece stunned the soccer world by winning the Euro with a handful of goals and formidably disciplined defensive tactical displays. Outsiders and underdogs can go far in a tournament that features only 16 teams. One good game for a long-shot team and glory is in sight. One poor game by a soccer power and grand reputations evaporate.

All bets are off. While there are obvious favourites – Spain, Germany, Italy – Euro 2012 is, in reality, an open tournament. It all starts on Friday with Poland playing Greece in the opening game in Warsaw and Russia playing the Czech Republic in Wroclaw. On Saturday, three of the great European teams are in action in the same group – Germany, Portugal and the Netherlands. On Sunday, Italy plays against Spain in Gdansk. A week from today, soccer will have saturated the international news agenda.

The sheer scale of the Euro is breathtaking. It is the third-largest sporting event in the world, after the World Cup and the Summer Olympics. About 1.3 million soccer fans are expected to descend on the host countries. There are four, far-flung host cities in each host country. About one billion people are expected to watch at least part of it on TV around the world.

Why? Because the likelihood is that Euro 2012 will be a tournament more dramatic and more testing for the 16 teams involved than the World Cup. Every unheralded team will simultaneously be aware and energized by the Greeks' emergence from the background to win a European Championship in 2004.

There is a political and social context too. Several teams enter the tournament representing countries more famous for basket-case economies than their soccer skills. Greece needs a boost more than any country and the need to prove the world wrong about the country cannot be underestimated. In the time since the Republic of Ireland last played at an international tournament (World Cup 2002) the country surged to wealth and near full-employment and then collapsed, requiring a bailout. Italy, Portugal and Spain are countries in dire straits, with huge international debts and high unemployment.

In fact at this Euro there is the inevitable Group of Death and a new category, Group of Debt. The former is Group B – Germany, The Netherlands, Portugal and Denmark. Four teams of gifted players and only two will emerge to the second round. The latter, the Debt group is Group C, which has three of the countries whose economies are in shambles and burdened by international debt – Italy, Spain and Ireland. Only tiny Croatia in that Group can be said to have a strong, stable economy.

Does this matter on the soccer field? Everything does. Both Poland and Ukraine are emerging countries, anxious to showcase their cities, stadium and infrastructure. Both countries want their teams to go far at Euro 2012 to keep the nation and its wares in the spotlight. This Euro is the first major sporting event to be held in eastern Europe since the Moscow Olympics of 1980 and all of post-Soviet Eastern Europe is anxious about its impact. National pride and fiercely loud some support can take mediocre teams far.

The gleeful tumult of a soccer tournament is what makes it magical. There are the games and then there is the glorious madness of all of Europe focused on them. The giant fan zones in the host cities where tens of thousand of fans watch on giant screens. The vast armies of orange-clad Dutch supporters descending on cities in the night. The Irish in green, singing their songs. The Portuguese traipsing around wearing plastic port-caskets on their heads. The Spaniards dancing to the huge, loud drums they bring.

And this Euro might be truly magical too. Is it truly Spain's era in world soccer? We'll soon find out. Is England, burdened by so much hype and history, about to transcend its mediocrity at the last World Cup? Will Cristiano Ronaldo finally play for Portugal with the passion he brought to his club teams?

In bars and restaurants, social clubs and living rooms across Canada, these matters will be debated with fervour. Flags will fly, streets will empty for the games and then be filled by cheering people and honking cars. Who wins and who loses matters, but the party, the international celebration, matters more.

It starts Friday in Warsaw.

John Doyle will be covering Euro 2012 for The Globe and Mail. He is the author of The World is a Ball: The Joy, Madness & Meaning of Soccer.

World Champions and Euro champions, Spain is understandably understood to be on-course to win a third major tournament. But there are two caveats about Spain. One, injuries. David Villa, Spain's all-time leading scorer, is injured and absent. Defender Carles Puyol, a stalwart at the World Cup, is also absent through injury. Missing key men at the front and back is a serious blow. Two, fatigue. After pulling Spain to a long-awaited victory at Euro 2008 and then a World Cup win in South Africa, can coach Vicente del Bosque motivate this team to yet another trophy? Many of his players have played a long, bruising season for their clubs.

Perhaps the most balanced team at the Euro in terms of youth and experience, this German team looked to be on the cusp of greatness at the World Cup. Two more years of experience for key players such as Mesut Ozil and Sami Khedira can take Germany to the top. A key ingredient is the inclusion of six players from the same club, Bayern Munich – Manuel Neuer, Holger Badstuber, Philipp Lahm, Bastian Schweinsteiger, Thomas Mueller and Mario Gomez. They don't need to get to know each other's style.

World Cup runners-up, but playing a gritty style then that dismayed many of its supporters, the Netherlands is looking for both redemption and a trophy. Redemption from accusations of playing ugly soccer in South Africa. And at last a trophy for a country famous for its dazzling, attacking soccer but always seems to falter at the final hurdle.

The surprise package of Euro 2008, Russia's free-flowing, often exquisite soccer took it to the semi-finals then. Off the radar of many pundits, Russia breezed through qualifying for this tournament, winning 7 of 10 games with ease. It looks capable of topping a group that includes Poland, Greece and the Czech Republic in Group A, is playing close to home and is loaded with prolific goal-scorers. The only caveat is possible feuding inside team

The Noisiest Horse in the Race

For once, expectations for England are low. Lacking a manager until recently and with striker Wayne Rooney suspended for the first two games, England's hopes aren't high. Still, the noise around the England team is cacophonous. Should John Terry be in the team at all? He's up on charges of racially abusing another player and will appear in court when the Euro ends. The English tabloid press already seems hostile to manager Roy Hodgson, with The Sun mocking his speaking voice. Other elements of the press warn against racist abuse coming from the supporters of Ukraine. Hodgson seems set on conservative tactics, mainly about getting he ball to "the big man up front" – Andy Carroll. The England circus will never cease to amuse where it goes at the Euro, no one knows. 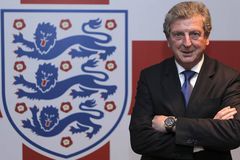 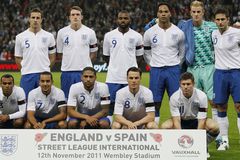 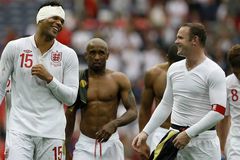 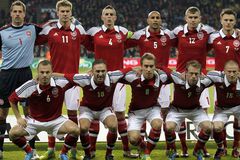 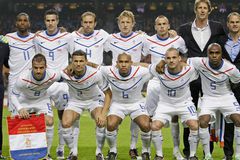 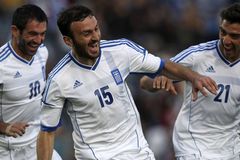 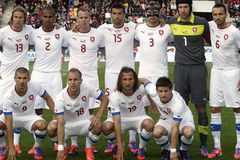