Spare a thought for the fans of Liverpool Football Club. They waited 30 years for their soccer team to win the league title and, now that the Reds have finally done it, COVID-19 is ruining the party.

There’s no formal public celebration and city officials say that because of the pandemic it might not be safe to hold a victory parade until next year. Fans can’t even go to a pub to raise a glass of cheer until next week and no one is allowed to attend any of Liverpool’s remaining seven games.

“It’s not the way we would have planned to celebrate if you’d asked us at the start of the year,” said Josh Sexton, the editor of The Anfield Wrap, a website that covers the team. He celebrated at home on Thursday with his mother and brother after Chelsea defeated second-placed Manchester City 2-1 to give Liverpool an insurmountable lead atop the standings. “I’m sort of quite hopeful that the club will eventually put something on for the fans, whether that be a parade or some kind of big celebration where people can hopefully go and the club can make it safe for them.”

Some fans couldn’t resist the urge to rejoice and several hundred turned up outside of Anfield stadium Thursday night, only to be met by police officers who told them to go home.

“In the days ahead, we urge supporters to do the right thing and celebrate safely with members of your household and in your social bubble,” said a statement from Rob Carden, Assistant Chief Constable for Merseyside Police. “By doing this you keep yourself, your family, friends and neighbours safe.”

There’s good reason for caution. Britain has had more than 309,000 confirmed cases of the virus and more than 43,000 people have died. The Liverpool area has suffered one of the highest infection rates in the country and the region has recorded more deaths in recent weeks than anywhere else in the United Kingdom.

The government has begun easing lockdown measures imposed in March. By July 4, most of the economy will have reopened, including pubs, restaurants, museums and hotels. Some restrictions will remain in place and there has been growing concern that a handful of regions, including Liverpool, have shown signs of a flare-up.

The Premier League resumed play on June 17 after a three-month suspension with nine games remaining for most clubs. But all of the games are being played behind closed doors and the players and staff have been following strict testing regimes.

Liverpool had been all but certain to win the title for months and the team held a 25-point lead over Man City when the season restarted. It only took a couple of games to seal the outcome. Liverpool drew 0-0 with crosstown rivals Everton on June 21 and then smashed Crystal Palace 4-0 on Wednesday, leaving Man City forced to beat Chelsea on Thursday to remain mathematically in the hunt. City never led in the game and a late goal by Willian handed Liverpool the title.

“It’s for you. It’s for you out there. It’s incredible,” Liverpool manager Jurgen Klopp told Sky Sports after the game. He also had a message for fans eager to celebrate. “I hope you stay at home or go in front of your house if you want, but do no more, and celebrate it. I know out there it’s still difficult for a lot of people.”

Liverpool Mayor Joe Anderson was vague on Friday about when the city would be able to host a parade. “The current pandemic means there will not be a victory parade in the near future,” he said in a statement, while adding that “alternative plans” were being considered to mark the achievement when the season ends in July. “The city council is urging ecstatic fans to try and maintain social-distancing guidance to prevent the spread of coronavirus as they celebrate,” he added.

Other officials have told local media that a parade might not be possible until 2021.

The lack of a public event would be missed. Last year an estimated one million people lined the city’s streets for a parade after Liverpool won the Champions League. That victory and the team’s current success had also been a big boost for the local economy. A study by Deloitte last year found the club supports roughly 5,700 jobs across the region and home games generate around £102-million, or $172-million, annually in revenue for hotels, restaurants, pubs and stores.

Fans such as Joe Blott don’t mind waiting a bit longer for a public party.

“It’s difficult to celebrate at the moment, but we know our moment will come at some time in the future,” said Blott, who is chairman of a fan club called the Spirit of Shankly, named after long-time manager Bill Shankly. “Listen, we’ve waited 30 years, another couple of months to see the celebration, we can live with that. … There are much worse things in the world at the moment that we have to contend with.” 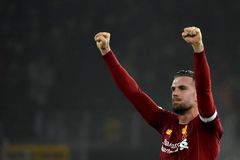 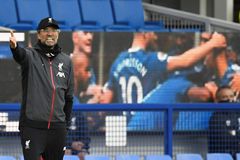 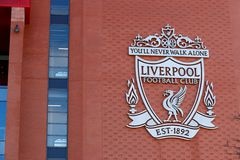