“We’re on Mount Olympus right now and it had to be done,” is how one veteran hooligan from Moscow recounts his part in brawls with English fans at the 2016 European Championship. “We went for the English, who were kings, to knock them off their throne.”

But ahead of the World Cup, Russian authorities are cracking down on the hooligan culture in football. Groups which wreaked havoc two years ago report surveillance and threats from law enforcement.

Leading hooligans from each club face lengthy prison sentences on old or trumped-up charges if there’s trouble at the World Cup, even if they aren’t personally involved, the Moscow hooligan – a large, muscular man with scars on his knuckles – told The Associated Press. He likened their situation to that of “hostages” and said the hooligan scene in Russia “is finished.”

“All the leaders get called in for chats,” he said, imitating an officer: “‘On behalf of our state security service, I’ll explain that if there are problems, then those guys are in prison and you’ll be joining them. We need everything to go quietly.’ It’s been done precisely so that everyone understands that even if there’s no case against you, your guys will get it in your place.”

Speaking on condition of anonymity to describe numerous illegal acts, he said he travelled to Marseille in 2016 specifically to take part in fights with the English at the European Championships. England’s hooligans of the 1980s and 1990s inspired many Russian groups – most still bear English names – but in Marseille the Russians wanted to snuff out that reputation.

“For a long time the English were considered the strongest,” he said, but they were no match for Russians with martial-arts training. “There were guys sitting there with a Birmingham banner and we went up to them. ‘Either we’re taking your banner or you stand up and fight for it.’ The Birmingham guys decided they didn’t need the banner that much.”

The violence on Marseille’s streets and in the stadium was greeted with jokes and even praise from some Russian lawmakers and officials. President Vladimir Putin called the fighting “sad,” then questioned “how 200 Russian fans could beat up several thousand English,” to laughter from his audience.

Other sources with knowledge of the fan scene described the Russian crackdown since Marseille.

Alexander Shprygin ran a fan group which worked with the government on World Cup planning, and had been photographed with Putin. He has rapidly fallen from grace.

Shprygin was twice deported from France during the 2016 tournament and two of his organization’s board members were imprisoned in Marseille over the disorder. He denies any role. Three months later, Russian police arrested him in a toilet at the national football federation’s conference, seeking to question him over an earlier brawl in Russia, and dragged him out past waiting media. His organization has been dormant since then.

Shprygin told the AP his friends in the hardcore fan scene have been summoned by Russia’s Federal Security Service, the heir to the Soviet-era KGB, for “preventative conversations” and many want to go abroad during the World Cup.

“Many of them think like that because, God forbid, if anything happens, they won’t face questions,” he said. “They can just show their passport, that they weren’t in Russia.”

Russia has an official blacklist of fans banned from games by court orders for violent and non-violent offences, but at 451 names it’s much smaller than equivalents in other large European countries.

Many more fans are barred from games using processes which aren’t publicly recorded and have little oversight.

World Cup tickets are worthless without a Russian government-issue “Fan ID.” Applicants are vetted by the Russian security services, who have denied several thousand Russian fans ID to see games at the World Cup and last year’s Confederations Cup, according to Oleg Semyonov, formerly a leader of the Spartak Moscow fan scene, who now runs a legal advice hotline for supporters.

Semyonov says authorities are using “a big database” to exclude people accused of taking part in football-related disorder – including Shprygin, whose ID was cancelled two hours before a Confederations Cup game – but also some with convictions dating back 20 years for minor offences like jaywalking or public drunkenness.

Most top Russian clubs have so-called “curators” from the security services “who work with the fan organizations” and have warned them off disorder, Semyonov added.

Russian police and the Federal Security Service did not respond to requests for comment.

Semyonov also suspects that Russian authorities tipped off German police about two Spartak fans who were arrested in February when travelling to a Europa League game. They are being detained in Marseille, reportedly in connection with the 2016 violence.

If there’s trouble at the World Cup, people with knowledge of the Russian fan scene said, it could involve visiting hooligans from Poland, Sweden or Croatia, or locals angered by what they see as foreigners’ obnoxious behaviour.

“My prognosis is that if there are brawls, because football is all about emotions, they will be local and quickly defused. They won’t be on the same scale as Marseille,” Shprygin said, adding the Russian police can deal with violent resistance. “Football fans obviously aren’t opposition protests. Football fans are a bit more active. But the police have been training very hard for this for two years.”

Amid the crackdown, the Russian fan scene is increasingly split.

So-called “ultras” focus on co-ordinated chants, lighting flares and staging elaborate displays at games, but can defend themselves if needed. The hardcore fighters mostly stick to pre-arranged brawls in forests because of tight stadium surveillance. Some fighters are drifting away from football to mixed martial arts events to make money from their hobby.

“The respected guy in the movement” is now an athlete, not a street-fighter, Semyonov said. “Most of (the forest fighters) can’t even name five players from the club they’ve been fighting for,” Shprygin said.

The Moscow hooligan lamented the end of hooliganism’s golden era, when battles between rival clubs in Moscow came down to tactics as much as strength.

“You have to place young girls around by the entrances to buildings so they sit and wait for your enemies to leave the house and follow them to where they’re meeting,” he said. “You have to put people at different subway stations to find where they’re going to be, where the enemy is gathering, get there first and beat them up. It’s not just a matter of numbers. It’s always a game and back then it was the best.”

Hooliganism offers a brotherhood, even for those like the Moscow hooligan, who has a university education and a traditionally middle-class job. A world dominated by football’s brawlers would have a simple, honourable way to solve disputes, he argued.

“It always goes by the rule of the fist. If you’re stronger, you’re right,” he said. “If there were more people like that, maybe people wouldn’t be building missiles.” 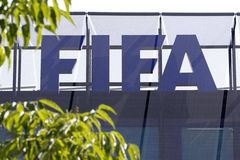 Opinion
A tragedy in two parts plays out in the Champions final
May 28, 2018 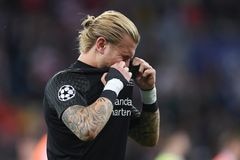 Opinion
King Ronaldo: The Portuguese giant is still in a league of his own
May 26, 2018