Less than two weeks after its biggest loss under coach Diego Simeone, Atletico Madrid will get a chance to make amends.

The Spanish team will host Borussia Dortmund on Tuesday in the Champions League, 13 days after the Bundesliga leaders beat Atletico 4-0 in Germany.

Dortmund is unbeaten in 15 competitive games under coach Lucien Favre and can advance from Group A with another victory. An upcoming Bundesliga match against Bayern Munich on Saturday could provide some distraction, however.

The 4-0 loss on Oct. 24 equalled Atletico’s worst result in the competition, while it was the team’s first four-goal loss in 391 games with Simeone in charge. Despite the result, Atletico can also advance to the knockout stage with a win if Monaco draws with Club Brugge in the earlier group game.

A look at the four Champions League groups on Tuesday:

Atletico is unfamiliar with big losses but can take heart after bouncing back in the past.

The team twice lost to city rival Real Madrid 3-0 in 2016-17, but responded with three wins and a draw on both occasions, while it claimed four consecutive victories after a 3-0 loss at Villarreal.

Atletico has also only lost once (to Chelsea) in 19 European games at Wanda Metropolitano Stadium, and the club hasn’t lost at home to a German team in eight games since a 1-0 defeat to Dortmund in 1996-97. Dortmund went on to win the trophy that season.

Monaco and Club Brugge have only faint hopes of progressing, each with a point from three games so far.

Monaco is a far cry from the side that reached the semifinals in 2017. Radamel Falcao returned from injury to come off the bench in Saturday’s 1-0 loss at Reims, which was a fourth match without a win for Thierry Henry since he took charge.

Barcelona visits Inter Milan with hope that Lionel Messi can return after recovering from a broken arm.

Messi was expected to be out for another week or so, but he recovered well and practised with the rest of the squad in recent days.

Messi missed Barcelona’s 2-0 home victory over Inter last month. He missed three other matches since breaking his right forearm in a league match against Sevilla.

A win at the San Siro will guarantee that Barcelona advances to the next round as Group B winner. Barcelona has nine points after three matches, three points more than Inter, which can advance with a win if Tottenham and PSV Eindhoven draw in London.

It’s win-or-bust for Tottenham, which has only one point and must defeat PSV to maintain any realistic chance of reaching the knockout stages.

Hopes of doing so rest on Erik Lamela. The Argentine forward has been involved in 11 goals in his last 12 appearances and scored in Saturday’s 3-2 Premier League win at Wolverhampton Wanderers.

Paris Saint-Germain may well need goalkeeper Gianluigi Buffon at his best against Napoli, considering the form Dries Mertens is in.

The Belgium forward scored a hat trick in Friday’s 5-1 victory over Empoli and has netted six goals in his past four matches, including one in the 2-2 draw at PSG.

PSG is in third place with four points in Group C and needs to win, but it can also count on considerable firepower of its own in Kylian Mbappe and Neymar. They both scored against Lille on Friday with Mbappe taking his season’s league tally to 11 in only eight games.

PSG coach Thomas Tuchel has a big decision to make on whether to select striker Edinson Cavani against his former club. Cavani is PSG’s all-time leading scorer but has fallen behind Mbappe and Neymar.

Group leader Liverpool needs to be more ruthless in front of goal at Red Star Belgrade, according to Juergen Klopp. The Liverpool manager was unhappy with his team’s finishing in a 1-1 draw at Arsenal. But he may be worrying for nothing considering Red Star’s defence has conceded 10 goals in three games.

Porto can close in on advancement with a win at home against Lokomotiv Moscow, which has three losses and only one goal scored.

Injured forwards Jefferson Farfan and Fyodor Smolov are back in the Russian team’s squad, though Farfan lasted only 45 minutes in the 3-1 win against Arsenal Tula on Saturday and Smolov was an unused substitute.

Porto has hit form at the right time with five straight wins. The Portuguese champions have outscored opponents 17-3 in that run, which started after a loss to rival Benfica in the league.

Schalke, which is two points behind Porto, hosts Galatasaray in the other group game. The Turkish champions are only a point behind Schalke and can look back on a 3-2 away win over the German team in 2013.

Manchester City powers to top of EPL standings with victory over Southampton
November 4, 2018 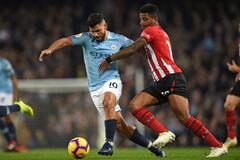 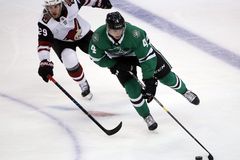 Real Madrid searching for a manager who could save its season
October 30, 2018