There was a ton of emotion throbbing through Monday’s late games at Euro 2020. Denmark, the country and the team still distraught about the cardiac arrest that befell Christian Eriksen in the opening match against Finland, was in dire need of the uplift from an emphatic win.

That came as Denmark thrashed Russia 4-1, erasing the emotionally draining 1-0 loss to Finland when the first game finally resumed. It also erased the incongruity of the 2-1 loss to Belgium by a team still recovering from the Eriksen incident. Denmark had to win, had to score several goals to ensure the team moved on to the next round. If it didn’t, the heartbreak would have been too, too much. So, Denmark delivered in fine style. Nobody cared much that Russia was eliminated.

For Finland, it was excruciating too. In St. Petersburg, it faced a Belgium team that had already qualified for the knockout stage. But, having won against Denmark, tiny Finland might still make the huge leap to the next round if it could hold Belgium to a draw or events in the Denmark-Russia match favoured it. Pride, emotion and simple mathematics were all involved.

There is another emotional corner to be explored and it involves Belgium. We’ll get to that.

As it happened, Finland failed. The team and country need to wait on remaining games and results they have no control over. It might progress, as one of the best third-placed teams, and it might not. But in its first major tournament finals, Finland, never remotely thought of as a soccer power, gained the soccer world’s affection. Its players are a wacky bunch, apparently. Post-game they like to relax in the sauna with a beer. They’re loved intensely by the fans. They have grit. But against Belgium, grit would never be enough.

The thing about Belgium is this: it is top-ranked by FIFA as the best team in the world, lo these many years now, but the team has never actually won anything.

That is, the team hasn’t won a trophy – it was the third-place winner at the last World Cup – but it just keeps winning matches and allowing very few goals against it. You might think this team is some kind of Barnum & Bailey greatest-show-on-earth, but it isn’t. It is just the best team in the world because, probably, on wins and results, it is. It wasn’t always this way.

In the fall of 2008, I went to Brussels to see Belgium play a World Cup qualifying match against Spain. On a damp, chilly night Spain won handily 2-1 (goals by Andres Iniesta and David Villa) and Belgium’s two outstanding players were Wesley Sonck, who scored for his country that night, and Marouane Fellaini. Remember him? Played for Everton and Manchester United; all elbows, enthusiasm and height?

I heard much grumbling among Belgium supporters (there were 45,800 in the King Baudouin Stadium) and gripes that seemed rehearsed. No team unity, people said. Fellaini was a pop star, not a team player. The clusters of players from the different areas of Belgium – Flemish, French, German – didn’t unite together.

In the media centre, it was a different story. Local reporters told me – after they asked, “What the hell are you doing here? – to pay attention to the youth teams. The under-17, under-19 and under-21 teams were brimming with talent. This guy Eden Hazard was talked about with awe. France had tried to claim him, as he could get French citizenship, but he was sticking with Belgium because, well, he liked the team, the setup.

The setup was key. One fellow journalist explained to me that the Belgian Football Association had invested in research. Now, we’d call it data. The plan was to find and identify good young players, bring them together often, shape them as both team players and individual talents. Regional rivalries and feuds were erased. The creation of several generations of great Belgian teams was a national cause.

You can see the impact now. Romelu Lukaku has said in an interview with CNN Sport that he has known many of his teammates since he was 11 or 12 years old, and they have shared experiences, shared knowledge of victories and disappointments that they still talk about. Goalkeeper Thibaut Courtois has said he’s played alongside Lukaku since he was 13 years old, “So that’s like half my lifetime.”

The bonding worked in a way that makes Belgium a dazzlingly co-ordinated team to watch. Rare for a team with three world-class goal-scorers, it is unselfish with the ball. Its players pass with unerring instinct and Kevin De Bruyne is not just one of the most composed and accurate passers, he is magnanimous, allowing the teammate with the better chance to score the potential goal. That night in Brussels I was skeptical, having never heard of these kids. But I checked, and exactly one month later Eden Hazard was called up to play for the senior national team.

Belgium was a top pick, along with France, Portugal and England, to win Euro 2020. It still could finally win the trophy that its stats say it should. Belgium’s players have probably spent more time together than they have spent with their families. Never discount that throbbing emotional bond. 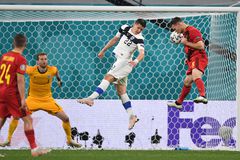 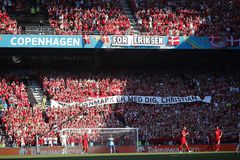 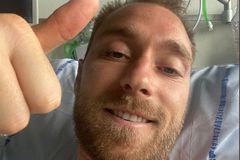