Canada soccer coach John Herdman has called up under-17 star Jayden Nelson and five other newcomers for a trio of international matches later this month.

The 17-year-old Toronto FC 2 forward is part of a young squad for friendlies Jan. 7 and 10 against Barbados and Jan. 15 against Iceland. All three games will take place in Irvine, Calif., at the Orange County Great Park with the Canadian men assembling for a 12-day camp.

Canada is currently ranked 73rd in the world, compared to No. 39 for Iceland and No. 162 for Barbados.

The Canadians are chasing valuable FIFA ranking points in a bid to crack the top six in CONCACAF and make the Hex round of World Cup qualifying, the most direct route to Qatar 2022 out of the region that covers North and Central America and the Caribbean

Herdman’s selection hand was forced by the fact that the January matches fall outside FIFA’s international window. And with most European leagues still in full flight, prying players from their clubs is difficult.

That explains why the January squad is missing some 15 players summoned for the CONCACAF Nations League match against the U.S. in November. Alphonso Davies (Bayern Munich), Jonathan David (KAA Gent) and Junior Hoilett (Cardiff City) are among those left with their clubs.

Despite those missing in action, Herdman is excited at seeing his young roster.

“We get a real opportunity to give these players a chance to be seen and continually develop,” he said in an interview. “The depth and the talent is always on paper until it’s tested. I think these players will be tested against both Barbados and Iceland, two very different types of teams with different styles.”

Eighteen of the 26 players summoned are with MLS clubs including seven from Toronto FC, five from the Vancouver Whitecaps and three from the Montreal Impact.

Herdman did not fulfill all of his domestic wish list with Lucas Cavallini (Vancouver), Mark-Anthony Kaye (LAFC) and Anthony Jackson-Hamel (Montreal) recovering from injuries ahead of MLS training camps.

Canada is no stranger to January camps or matches. The Canadian men met Iceland twice in January, 2015 in Orlando, losing 2-1 and tying 1-1 with Dwayne De Rosario scoring both goals for Canada.

Canada is chasing No. 69 El Salvador, which currently stands sixth in CONCACAF. The June rankings will determine the top six in the region and the field for the Hex which will send three teams to Qatar.

Canada will look to use FIFA international windows in March and June to boost its points total. Games played outside the windows are worth points, but not as many.

Iceland can help Canada’s cause. It plays El Salvador on Jan. 19 at Dignity Health Sports Park in Carson, Calif.

The Canadian men currently have 1,331 points, 15 behind El Salvador.

The hope is Canada can keep winning and pressure on El Salvador. But Herdman also looks to get his team ready for whatever lies ahead.

“When we get to October this year, one way or the other we’re going to be playing in World Cup qualification.”

Teams ranked seventh and below in CONCACAF will have to slog through a longer qualifying process. The last team standing will face the fourth-place Hex finisher to determine who advances to an intercontinental playoff with a World Cup berth on the line.

“It was always going to be a challenge to qualify for the Hex,” he added. “The World Cup dream is still alive because we do have another opportunity if we don’t make the Hex.”

Nelson, Canada’s Youth International Player of the Year in 2019, is the youngest in the squad at 17.

“This experience for him will be a real eye-opener,” said Herdman, no stranger to promoting youth.

Toronto FC’s Noble Okello is the other teenager in a squad that features 19 players 25 or younger.

The 21-year-old Brym is a former member of the Montreal Impact academy whom Canadian soccer officials have been tracking for some years. The 20-year-old Bassong, meanwhile, comes to camp despite being eligible to represent Belgium.

“We’ve managed to convince him to come in,” Herdman said. “So it’s an exciting camp in many ways. … It does show that we’ve got potential there.

“Whether these guys are ready to take us to the next level in the next two years, who knows? But [with] 2026, there’s always one eye there as well,” he said, referencing the world Cup Canada is co-hosting with the United States and Mexico.

Along with the six debutantes in camp, Okello, Carducci, Didic and Montreal’s James Pantemis and Shamit Shome are looking to make their senior debut having already spent time in camp with Canada.

Herdman is also keeping one eye on Olympic qualifying, which goes in March.

“It’s the best roster we believe we could call [up],” Herdman said. “And a lot of these U-23 players are getting opportunity because that’s where they sit on the depth chart.”

Iceland is preparing for a March Euro 2020 qualifier against Romania with the winner facing either Bulgaria or Hungary for a place in the tournament. The winner will land in a tough group alongside Germany, France and Portugal. 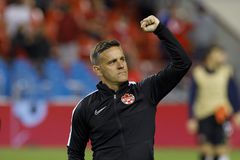 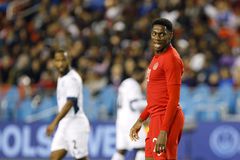 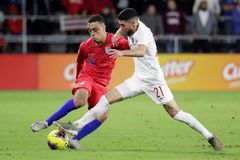