A combination of the global pandemic, Olympic postponement and a job opening in his native Denmark has prompted Kenneth Heiner-Moller to step down as Canada women’s soccer coach.

Heiner-Moller, who will leave at the end of August, is returning to the Danish Football Association as head of coach education.

He took over as Canada’s head coach in January, 2018, succeeding John Herdman, who left the women’s team to take over the Canadian men. He had served as Herdman’s assistant at the 2016 Rio Olympics, helping the Canadian women win bronze.

The 49-year-old Heiner-Moller leaves with a record of 20-10-5 as head coach and the Canadian women ranked eighth in the world. They were fifth when he took over, having risen up the rankings in the wake of the Rio medal.

“It’s beyond words how hard, how difficult the decision is,” Heiner-Moller said Wednesday. “Obviously this wasn’t the plan. The plan was going to the Olympics, have that gold medal around our necks and then say ‘You know what, congratulations team, I’m off to the next task.’

“Then this COVID thing hit.”

The Olympics were postponed until next year. Meanwhile back in Denmark, the head of coaching education position opened up with incumbent Peter Rudbk set to step down at the end of August.

“And when all of a sudden I wasn’t capable of doing both, it was definitely something that shook the foundation underneath everything and then a decision needed to be made.”

Heiner-Moller called senior players on the Canadian team Wednesday morning to give them the news.

“It was a very, very tough decision, but also very tough to give that message to them,” he said.

The Canadian Soccer Association says it has begun the search for a replacement to lead the Canadian women at the Olympics, which have been postponed to next year because of the global pandemic.

“He is a highly regarded coach who gained the respect of the Canadian soccer community in his time with our organization and we thank him for his genuine approach with both players and staff,” Reed said in a statement.

The transition from Herdman to Heiner-Moller was seamless given they had worked together. But it marked a distinct change in style.

The charismatic Herdman is a ball of motivational energy. Heiner-Moller is more laid-back, with an easy smile and calm demeanour covering a steely interior.

Under Heiner-Moller, Canada qualified for the 2019 Women’s World Cup in France and the Tokyo Olympics. The women exited the World Cup disappointingly in the round-of-16 after a 1-0 loss to Sweden.

There were some off performances later in the year at tournaments in Asia and the team had a slow start to the Tournoi de France in March last time out.

Bit there was history earlier this year.

Captain Christine Sinclair became the world’s leading goal-scorer on Heiner-Moller’s watch, notching goals No. 184 and 185 to pass retired American Abby Wambach in an 11-0 win over an outmatched St. Kitts and Nevis on Jan. 29 at the CONCACAF Women’s Olympic Qualifying Championship in south Texas.

“Just being able to be at the pitch when she broke the record is something that I’ll carry with me for the rest of my life,” he said.

Heiner-Moller says he leaves a Canadian team that is well prepared for the Olympics.

“It’s a young team and a hungry team as well,” he said. “Many of the players got their first pinnacle event at the [2019] World Cup and that’s always something to get out of the way. Now a second one is coming next summer.

“So I think the players are in a great state. I’m definitely not pushing any pressure on whoever is going to succeed me here, but the players and the team are doing great.”

As for his successor, former Canadian international Rhian Wilkinson has worked her way up the ranks, coaching national youth sides and serving as an assistant coach with the senior side.

While the timing may not be perfect for her to take over given she only retired in early 2017, Wilkinson is widely respected and Canada Soccer has worked hard to bring former players into its coaching setup.

A midfielder and forward, Heiner-Moller turned pro when he was 17 and played in Denmark and abroad. He spent two seasons with Hungary’s Ferencvarosi, winning the league once and the Hungarian Cup twice.

He finished off his career in Denmark, retiring early after a serious leg injury. He was 33 when he started his coaching career on crutches, coaching an under-19 men’s teams before taking charge of the Brondby IF women’s squad.

After a year, he left coaching to pursue psychology studies before working in a sports school. Six months later, the Danish federation asked him to take over the national women’s team.

Heiner-Moller coached the Danish women from 2006 to 2013, taking them to the 2007 World Cup. His last match in charge was at Euro 2013 when the Danes lost in the semi-finals in a penalty shootout to a Norwegian team led by former Canada coach Even Pellerud.

After stepping down as coach, Heiner-Moller took a job with the Danish equivalent to Own the Podium, as a high-performance manager tasked with helping the country’s coaches get better.

It was an experience that inspired him, learning from coaches from other sports.

After Herdman became Canada coach, he asked Heiner-Moller to join his staff for the 2015 World Cup. The Dane declined, reluctant to leave his high-performance role.

But Herdman got a different answer when he asked again a year later. Heiner-Moller had done some TV commentary and could see the potential in the Canadian team.

He got a leave from his job to help Herdman at the Olympics and then, with the blessing of his wife and two children, made the Canadian assistant coaching job permanent. 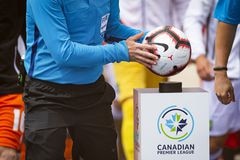 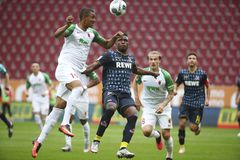