Having earned a new contract with European powerhouse Olympique Lyonnais, Kadeisha Buchanan gets a rare showcase at home Sunday.

The 22-year-old from Brampton, Ont., considered one of the elite centre backs in women’s world soccer, should earn her 77th cap as fourth-ranked Canada hosts No. 3 Germany in an international friendly at Tim Hortons Field.

The world really is Buchanan’s oyster these days. Prior to returning to Canada, she and her Lyon teammates partied in Saint-Tropez on the French Riviera — celebrating a season that saw them win their 12th straight French league title and third consecutive Women’s Champions League title.

Canada coach Kenneth Heiner-Moller, who will be making his home coaching debut Sunday, visited Lyon in April to get an update from Buchanan’s club coaches.

“There’s no doubt that she’s maturing in the game,” said the Dane, who took over the Canadian women in January when John Herdman switched to run the men’s program.

“What Kadeisha has always been great at is defending and being very aggressive in her defending. I think what she’s improving upon is how she’s seeing the game from that position.”

Heiner-Moller calls Buchanan a smart, intellectual player whose experience in Europe is helping polish her considerable potential. She also is adding to her offensive tools.

“Going to a club like Lyon, you could as a (national team) coach be a little concerned,” said Heiner-Moller. “They’re not defending that much so how does that affect her defending skills? In the national team, I haven’t seen any decrease in her performance. She’s been improving the last couple of years and I definitely don’t think she’s reached her peak yet.”

Buchanan, who arrived in Lyon in January 2017 after a distinguished collegiate career at West Virginia, has played alongside captain Wendie Renard or Griedge Mbock.

She is now signed with the team through 2022.

“Lyon is a top club. The setup and atmosphere is what’s best for me at this moment,” said Buchanan. “So I decided to stay a little while.”

While she played in the French Cup final — Lyon lost to Paris Saint-Germain 7-6 in a penalty shootout — Buchanan was on the bench for Lyon’s 4-1 extra-time win over Germany’s VfL Wolfsburg in the Champions League final in Ukraine.

A concussion and other minor injuries interrupted her season.

“With a team like this, it’s tough to get back into the squad once you’ve been out for a while. That goes with the sport,” Buchanan said.

“There’s a lot of talented players,” she added. “There’s no expectation to play, just to keep pushing hard and keep trying your best.”

Her hectic season continues. She flew home on a Sunday night and had to report to the Canada camp the next morning. Family time will come after the Germany game.

The Canadian women are 1-14-0 all-time against Germany. The lone win — a 2-1 decision that Buchanan missed through suspension — came during preliminary-round play at the 2016 Rio Olympics.

The Germans had their revenge in the semifinal, blanking Canada 2-0 en route to winning Olympic gold. Buchanan and the Canadians went on to earn bronze.

“I’m definitely hungry and eager to win,” Buchanan said of meeting the Germans again. “But that’s just like any other game.”

Sunday’s contest is the first for the Canadian women in Hamilton since a 1-0 win over England before the 2015 Women’s World Cup.

Heiner-Moller, who is 3-2-0 at the women’s helm, is preparing his team for the CONCACAF Women’s Championship in October. The tournament in the U.S. doubles as the region’s World Cup qualifier.

Martina Voss-Tecklenburg is slated to take over after finishing her duties as Swiss coach following the 2019 World Cup qualifiers. 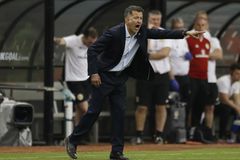 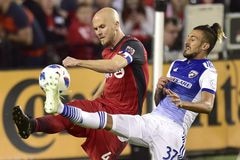 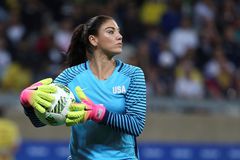