Being Chelsea’s record scorer counted for little when the team’s decline, on Lampard’s watch as manager, alarmed owner Roman Abramovich after US$300-million invested in new talent for this season.

After just 18 months in charge, and five losses in the last eight English Premier League games, the novice coach was fired on Monday.

It was the 14th change of managers in 18 years at Chelsea under Abramovich, and former Borussia Dortmund and Paris Saint-Germain coach Thomas Tuchel is set to arrive in London this week as Lampard’s replacement. The German could attend Wednesday’s match against Wolverhampton using a slight English pandemic allowance for workers flying into an elite sports environment to avoid full quarantine – if he tests negative for the coronavirus.

What Lampard’s status at the club did afford him was a public statement of explanation from the Russian billionaire, for whom he helped to win so many trophies as a player.

“This was a very difficult decision for the club, not least because I have an excellent personal relationship with Frank and I have the utmost respect for him,” Abramovich said. “He is a man of great integrity and has the highest of work ethics. However, under current circumstances we believe it is best to change managers.”

Those circumstances see Chelsea down in ninth place in the Premier League with the worst points-per-game record of any of Abramovich’s managers. The performances had “not met expectations” and left the team “without any clear path to sustained improvement,” Chelsea concluded.

“On behalf of everyone at the club, the board and personally, I would like to thank Frank for his work as head coach and wish him every success in the future,” Abramovich said. “He is an important icon of this great club and his status here remains undiminished. He will always be warmly welcomed back at Stamford Bridge.”

The lack of fans being allowed into the stadium due to the pandemic might have hastened Lampard’s departure. There was no opportunity for supporters to demonstrate their public support for “Super Frank Lampard,” as they chant, or for any backlash against his removal at upcoming games.

As the pressure has grown, the cracks were showing ahead of the FA Cup win over Luton on Sunday, when Lampard hit out at perceived negative coverage of the team.

But his own shortcomings of a fledging coaching career were being exposed, and sentimentality was cast aside despite him being instrumental to the trophy-laden revival of the club as a player since the takeover by Abramovich.

“When I took on this role I understood the challenges that lay ahead in a difficult time for the football club,” Lampard said. “I am proud of the achievements that we made, and I am proud of the academy players that have made their step into the first team and performed so well. They are the future of the club.

“I am disappointed not to have had the time this season to take the club forward and bring it to the next level. I want to thank Mr. Abramovich, the board, players, my coaching team and everyone at the club for their hard work and dedication, especially in these unprecedented and challenging times.”

Chelsea brought back its midfield great as coach in 2019 even though Lampard had only a single season’s experience in management in the second division with Derby.

He achieved Champions League qualification in his first season by securing a fourth-place finish in the Premier League despite the club making no signings, in part due to a FIFA transfer ban.

The rush to dismiss Lampard is indicative of the impatience shown by Abramovich, particularly when the team is slipping away from the Champions League spots despite having already achieved a spot in the last 16 this season – unlike Premier League leader Manchester United, which was eliminated in the group stage.

Getting the best out of expensive squad reinforcements proved beyond Lampard – particularly Germany forward Timo Werner, the headline signing of the summer transfer window spending spree. Since Nov. 14, the only goal he has in all competitions for Chelsea was a tap-in against fourth-division club Morecambe in the FA Cup and he missed a penalty against another lower-league side – Luton.

After securing one of the biggest jobs in English management so early in his coaching career, Lampard leaves Stamford Bridge without any success, having lost the 2020 FA Cup final to Arsenal.

Lampard is a Chelsea great after scoring 211 goals from central midfield from 2001-14, during which he won every major honour at the club including three Premier League titles and the Champions League.

Next in the dugout at Stamford Bridge is set to be Tuchel. It would be a swift return to coaching for the German less than a month after being fired by PSG following a power struggle with the Qatari ownership.

Like every other arrival into England, he would have to test negative before flying but he could leave quarantine in London to attend training and games if he is negative again when undergoing another test with Chelsea. Anyone coming into England can then stop isolating after a negative test on the fifth day in the country.

Tuchel is only five years older than Lampard but vastly more experienced in coaching having been forced to retire from playing at 24 due to injury.

Tuchel made his name in Germany by showing faith in young players during a five-year stint with unheralded Mainz. In 2009, he was promoted to take charge of the Mainz first team after just one year in charge of the youth side, and quickly promoted young talent.

He lasted only two years at Borussia Dortmund before being fired despite winning the German Cup after falling out with officials – just as he would do at PSG. 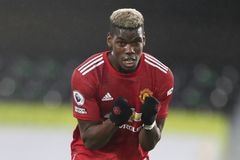