Zlatan Ibrahimovic has unfinished business at the World Cup.

The striker has come out of international retirement at the age of 39 and is set to play his first match for Sweden since 2016 when the team plays a World Cup qualifier against Georgia in Stockholm on Thursday.

Ibrahimovic’s initial aim is to play for Sweden at the continent-wide European Championship starting in June, but looming further in the distance is the World Cup in Qatar that takes place in November and December, 2022 – when he will be 41.

Ibrahimovic has played in two World Cup finals – in 2002 and 2006 – and never scored a goal. He wants to fill that gap on his bulging résumé.

“That is something I will beat because I can’t have a zero,” Ibrahimovic said Monday, smiling. “Looking too far ahead is dangerous. I must think more about what happens the next day. But if I feel the way I do today, I will be there.”

The AC Milan striker interspersed moments of typical brashness – “If you ask me, I’m the best in the world,” he said – with moments of humility as he spoke for nearly an hour at a news conference at the Friends Arena in Stockholm. He even appeared to weep as he recalled saying farewell to his family before travelling to Sweden for the coming games against Georgia, Kosovo and Estonia.

Ibrahimovic, Sweden’s record scorer with 62 goals from 112 appearances, said he had missed playing for the national team and was as enthusiastic as he has ever been.

“The head is sometimes faster than the legs can handle,” he said. “But right now, it’s just about feeling good, performing and every time I go out on the field I’m like a little child kicking the ball for the first time.

“If the head gets to decide, I never stop. I’m not the same player as before, but I continue to perform.”

Ibrahimovic said a serious knee injury he sustained while playing for Manchester United in 2017, which kept him out for seven months, changed his mindset about his career. He only played seven more games for United, eventually moving to Los Angeles Galaxy where he spent two seasons.

He returned to top-level European soccer at AC Milan in late 2019, and feels his displays in Italy prove he is still capable of performing well at the international level.

“He is young, very young,” Ibrahimovic said, speaking about himself. “And each day that passes, the younger he gets.”

Ibrahimovic said he has received some playful taunts about his age from teammates since linking up with the Sweden squad but it is clear he is still held in great esteem by the country’s players, some of whom grew up idolizing him.

Emil Forsberg and Alexander Isak offered to give him their shirt numbers – Nos. 10 and 11, respectively – and Ibrahimovic said he has taken up Isak’s offer.

“He said he’ll get it back in six or seven years when I quit,” Ibrahimovic said with a laugh.

Sweden coach Janne Andersson said he envisaged the captaincy one day returning to Ibrahimovic, but not immediately.

“Of course Zlatan has the most experience but he has no experience with our team,” Andersson said. “Eventually he will be able to be captain of this team. But right now I don’t see it in this group.” 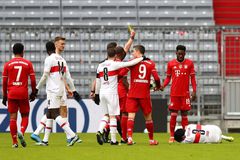 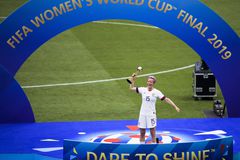