The new English soccer season is starting in the same month the last one finished.

For Arsenal, in particular, the turnaround has been rapid.

In the final domestic match of the pandemic-prolonged 2019-20 campaign, Arsenal won the FA Cup by beating Chelsea 2-1 at an empty Wembley Stadium on Aug. 1.

And it’s at the national stadium – still without spectators – where Arsenal’s players return only four weeks later to play Liverpool in the Community Shield, the traditional curtain-raiser of the season between the winners of the Premier League and FA Cup.

“We are ready to go,” Arsenal manager Mikel Arteta said. “We have no choice.”

Saying it is “not an ideal moment to play this final” is quite the understatement by Arteta, who reported Thursday that Arsenal has had two training sessions so far in what he called a “mini preseason.”

For the Spanish coach, it is just another example of how his team – and the rest of the Premier League – are heading into the unknown in an upcoming season that’s being squeezed by a month because of the extension of last season following the coronavirus outbreak.

“The COVID period was slow, and then full gas,” said Arteta, whose positive coronavirus test led to the Premier League being suspended in March. “You could see the injury rates and everything went crazy up. So we don’t know [what’s going to happen this season].

“We are going to protect the players as much as possible and give them everything we can from the science and physical point of view to get them in the best condition as possible.”

But even then, who can prepare teams for what they are set to face in the coming season? Glance at the calendar and there is barely a spare mid-week for those clubs who want to go deep in as many competitions as possible.

Those clubs include Liverpool and Arsenal. So they really could have done with some extra weeks off to, as Arteta puts it, “put our minds away from football.”

Liverpool manager Jurgen Klopp said Friday he ideally would have liked six weeks to prepare for the new season. Instead, it is a four-week preseason for the English champions that is still getting interrupted by an international break for Nations League qualifiers.

“I’ll be very surprised if this is the best game we’ll play this season,” Klopp said.

“Nobody is moaning,” he added in reference to the global situation regarding the pandemic, “because we’re just happy we can play at all.”

A trophy is up for grabs on Saturday, after all – and for Liverpool, it is not a new position to be in. Winning the Champions League in June 2019 began a 13-month spell when Klopp’s team also won the Club World Cup and then the English league for the first time in 30 years.

The sight of Jordan Henderson lifting silverware, with his now-trademark stuttering steps, alongside his jubilant Liverpool teammates is something English soccer fans are getting used to.

Henderson won’t be taking the field at Wembley – not in a playing capacity, anyway – because he has yet to begin full training since injuring his knee in the final weeks of last season.

Otherwise, it will be the Liverpool team everyone knows, with Klopp’s only signing during the off-season being Kostas Tsimikas of Olympiakos, who will be a backup left back to Andrew Robertson.

Arsenal is more active in the transfer market, having signed Brazil winger Willian on a free transfer after he left Chelsea and on the verge of bringing in Brazilian centre back Gabriel Magalhes from Lille. Defenders Cedric Soares and Pablo Mari have also joined on permanent deals, while centre back William Saliba is in the squad after joining from Saint-Etienne last July before being loaned back to the French club for the season.

The biggest “signing” for Arsenal, however, would be if striker Pierre-Emerick Aubameyang agrees to a new deal, with his current one expiring at the end of the coming season.

It was Aubameyang, after all, who scored the goals in the FA Cup final that means Arsenal is back at Wembley this weekend.

“The players are motivated,” Arteta said. “It’s another opportunity to win a trophy and we will go for it.” 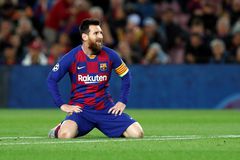 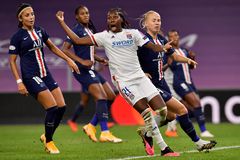 Opinion
It was a match made in heaven, but it could be time for Messi to move on from Barcelona
August 26, 2020 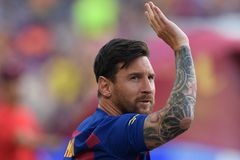