The Premier League has been told by government experts that coronavirus restrictions could endure for at least a year across English football, with players allowed to resume only non-contact training from Tuesday.

England’s top division has been studying how the Bundesliga was able to resume at the weekend while being realistic about missing its aspiration of getting back underway by June 12.

“We have to be flexible about it,” Premier League chief executive Richard Masters said in a media call on Monday. “The Germans are a couple of steps ahead of us obviously and we can learn from them and watch them and take confidence from their success.”

Team executives will hold talks next Tuesday to discuss protocols for allowing players to take part in contact training, but it is dependent on government approval and there being no new spike in COVID-19 cases after an easing of lockdown restrictions.

“[Once] we have had a proper discussion with clubs about how much is required to create the fitness levels before they can start playing, we are then in a position to be able to confirm when the season start is,” Masters said.

The 20 clubs on Monday agreed to protocols for small groups of players to train while maintaining physical distancing that exists in wider society. Inspectors will drop into training complexes to check the rules are being followed.

“That will enable us to give everyone confidence that the protocols are being complied with, and give the public confidence that we are trying to create a very safe working environment,” Richard Garlick, the league’s director of football, said.

“We can request information from videoing of the sessions and GPS data, too.”

The protocols have been formed in conjunction with the government, which has cautioned a COVID-19 vaccine may not be developed at all, despite the huge global effort to produce one.

“They’ve made it very clear that the social situation, the public health situation is not going to change over the next six to 12 months,” Premier League medical adviser Mark Gillett said. “We’re going to be looking to make the same kind of cultural changes at training grounds and in footballers’ behaviours whether we have this conversation now or at any point this year. It is important that people understand that.”

Regular testing of players, coaches and support staff is the league’s way of trying to quickly detect any infections and stop the virus spreading at clubs. Testing is due to take place twice weekly at clubs on up to 40 people.

Training will be allowed to begin on Tuesday once the results of the first set of results are delivered on Tuesday.

Players will have to arrive at the training ground on their own – already in their kit – and leave at least three spaces between each car in the parking area.

“We strongly discourage tactical meetings on site so that social distancing is maintained at all times,” Gillett said. “They have 15 minutes in which to prepare themselves in terms of treatment prior to training. But they can use the gym as long as they socially distance themselves from another athlete and they clean the equipment after every use.”

Up to five players will be allowed on training pitches only for a maximum 75 minutes for now.

“A player has a quarter of a pitch to work within, so social distancing is not a problem,” Newcastle manager Steve Bruce said. “We’ll train with eight to 10 at a time on two separate pitches. Everything is in place in the safety aspect. I’ve got no issues and I can tell the supporters the players and the staff are as safe as we possibly can be.

“We all understand that this virus isn’t going to go away just like that –it’s going to hang around a bit, but I think with the protocols in place we’ll do everything we possibly can to get up and running again.”

Liverpool was on the verge of ending a 30-year title drought when the league was paused in March, sitting 25 points clear with nine games remaining. The league is still planning on handing over the trophy even though stadiums will be closed to fans – potentially into next year.

“We would like to have a trophy presentation to give the players and staff the moment they have worked so hard for,” Masters said. “We would try and do it unless it wasn’t possible because of safety concerns. We are focused on finishing the 2019-20 season, but we also have to plan for all eventualities.”

The league has explored what happens if the season has to be abandoned as in France, Belgium, the Netherlands and Scotland.

“There will come a point when next season becomes difficult to schedule,” Masters said. “We are not at that point yet.”

EPL steps up plans to restart in neutral stadiums in June
Subscriber content
May 1, 2020 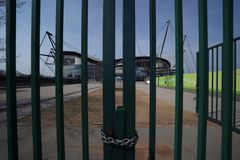 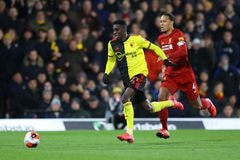