The hard-working midfielder will likely face rows of empty seats this Sunday when Canada faces the U.S. Virgin Islands in a CONCACAF Nations League qualifying game. The contest was originally slated to be held in the U.S. Virgin Islands, but a lack of a suitable venue resulted in it being shifted to the IMG Academy in Bradenton, Fla.

Facing a team ranked 199th in the world on a Sunshine State pitch may not have the cachet or atmosphere of venturing into hostile territory to tackle 49-time Scottish champion Celtic. But Arfield is not taking anything for granted this weekend.

Anyone who’s been around soccer knows you can’t take any team lightly, he said, pointing to the regular upsets in domestic cup competitions.

“I think if you take anybody lightly in this game, in football, then you’re going to be a loser straightaway,” he added. “We’re looking at this game [being] as important as [facing] one of the top [countries], let’s say Mexico, in CONCACAF.”

After the U.S. Virgin Islands, Canada has qualifying games against Dominica (No. 177), St. Kitts & Nevis (No. 135) and French Guiana, which is unranked given it is not a FIFA member.

Tougher foes await in the region.

The games are part of the buildup to the 2019 debut of the competition showcasing teams from North and Central America and the Caribbean. Eventually, the CONCACAF countries will be divided into three tiers with promotion and relegation.

The new competition will crown the Nations League champion and serve as qualifying for the newly expanded 16-team Gold Cup. It is also expected to influence seeding in future World Cup qualifying.

Arfield completed his move from England’s Burnley to Rangers in May, becoming new manager Steven Gerrard’s first signing. He joined Burnley in 2013, helping it win promotion to the Premier League, after stints with Falkirk and Huddersfield.

Sunday’s 1-0 loss at Celtic was the Rangers’ first setback of the season, although Arfield laments some late goals that turned games against Aberdeen and Motherwell into ties instead of wins. The team has also made it to the group stage of the Europa League, surviving a tense tie with Russia’s FC Ufa that saw Rangers reduced to nine men.

Playing for Rangers means living in a bubble, with Arfield saying it’s easy to get caught up in the emotions that run high between the two Glasgow clubs.

Still, Arfield is enjoying his time at the storied club, which is looking to reclaim its status alongside Celtic after climbing out of financial woes.

“I think there’s a lot of good times coming,” he said.

He says working under Gerrard, a former England and Liverpool captain, also has been special.

“He’s everything that you’re hoping (for) in a manager in terms of he’s so welcoming. ... He’s been fantastic,” he said.

“Fantastic so far, as well,” he said, citing Herdman’s thoroughness.

Arfield says Herdman is clear on how he wants to play and what he expects from his players. The squad has been getting information from the coach for months.

The Scottish-born Arfield, a native of Livingston, qualifies to play for Canada through his Toronto-born father. Arfield’s grandfather was in the military and was briefly stationed in Canada.

Arfield won 17 caps for the Scotland under-21 team and one for Scotland B. But he never got an invite from the senior side.

The call from Canada came after Arfield — at a birthday bash for Burnley teammate Sam Vokes — mentioned his Canadian bloodlines to then-Burnley defender David Edgar, a Canadian international who now plays for the Ottawa Fury.

He made his debut for Canada in March, 2016, in a World Cup qualifying loss to Mexico in Vancouver. Sunday will be Arfield’s 13th cap. 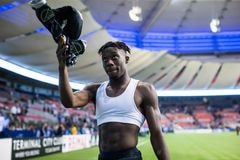 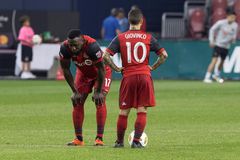 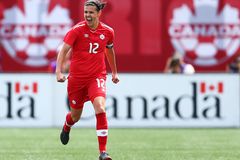