In the midst of a season stacked with unexpected challenges, Vancouver Whitecaps coach Marc Dos Santos says he’s committed to finishing what he started.

“I’m going to be here, I want to be here,” he said Monday when asked about his future with the 'Caps.

Dos Santos is in the second year of a three-year contract, but success on the pitch has been elusive for the Major League Soccer club.

The Whitecaps are second-last in the Western Conference at 5-10-0 this year and posted their third loss in a row Saturday, dropping a 3-1 decision to the Seattle Sounders.

But the coach, whose team returns to action Wednesday in San Jose against the Earthquakes, doesn’t anticipate losing his post any time soon.

“I want to keep fighting to improve this club and the team. I have no intentions of going nowhere,” he said.

It’s been a season full of adversity for the 'Caps.

All three Canadian MLS teams have moved to temporary homes in the U.S. due to COVID-19 border restrictions, and the Whitecaps are stationed in Portland, away from their families and without traditional home games.

The global pandemic has also condensed the season, and squads are travelling on game days to limit their potential exposure.

Vancouver’s rejigged schedule will see it play repeated matchups against some of the league’s toughest teams, including the Sounders, Toronto FC and the Portland Timbers.

Still, the Whitecaps remain in the fight for a playoff berth in MLS’s competitive Western Conference.

“I think the schedule and all that we’ve been living all of this year makes it very, very hard on us. So the mountain is big to climb, it’s not easy. But at the end of the day, we’re just three points (from a playoff spot),” Dos Santos said.

“Me and my staff are at peace – total peace in our hearts – that we’re doing everything we can to get the best result.”

The coach’s next opportunity to turn the season around will come Wednesday when the Whitecaps visit the Earthquakes (4-6-5).

It’s a team the 'Caps know, having already faced the 'Quakes at the MLS is Back tournament in July when San Jose notched a 4-3 victory over a Vancouver side that was missing several key pieces.

The Earthquakes play a “hectic” game and the Whitecaps need to respond appropriately, Dos Santos said.

“It becomes very physical against them, it becomes a lot of one-v-one situations against them. So we want to make sure that in those situations, we’re ready to answer,” he said.

San Jose likes to use a man-to-man style of play, which creates both potential pitfalls and chances, said 'Caps striker Tosaint Ricketts.

“Their unorthodox style of play will give us opportunities to expose them at times,” he said.

“We’ve just got to keep doing what we’re doing, stick to our plans, be confident in each other and really go after them.”

The Whitecaps also need to score. The current three-game losing skid has seen the club tally just one goal – a successful penalty kick from Fredy Montero in Saturday’s loss to Seattle.

Though the ball hasn’t been finding the back of the net, Vancouver has been creating opportunities recently, Ricketts said.

Even with a string of tough results and a season full of adversity, the group is still in good spirits, Ricketts added.

“It’s a battle, but the boys are confident. We’re motivated,” he said. “We still have opportunity here and there’s still a lot to play for.” 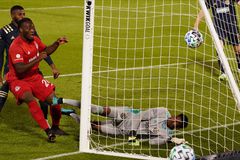 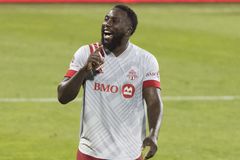 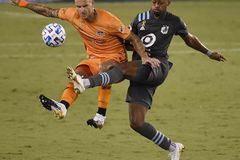