Impact coach Rémi Garde saw something special in his team last week when Montreal recorded its biggest win of the season. Now he wants to see it again.

Coming off a resounding 4-0 victory against the first-place Philadelphia Union, the visiting Impact (10-11-3) are looking to replicate that performance against the last-place Colorado Rapids (5-12-5) in MLS play on Saturday.

Wingers Lassi Lappalainen and Orji Okwonkwo each scored twice, while goalkeeper Evan Bush registered his seventh clean sheet of the year, in the first 4-0 win in franchise history.

“I liked the tactical discipline of my team and their spirit,” Garde said on Thursday before departing for Denver. “I saw guys that had a much better attitude than the previous MLS game against Columbus [2-1 loss]. We fought for every ball, we were close to each other when defending. We ran all together at the same time.

“It’s everything that every coach everywhere in the world wants to see from his team. We need to be aware of this and put it in the next game.”

Last Saturday’s triumph over the Union snapped a four-game skid that has put the Impact in a precarious position heading into the final stretch of the season.

With 10 games remaining, the sixth-place Impact are in a tight playoff race in the Eastern Conference. Only four points separate second-place Atlanta United from eighth-place Toronto FC.

Garde may have found a winning formula at just the right time though. His 4-4-2 formation against Philadelphia – with captain Ignacio Piatti up front and Lappalainen on the left wing – was an emphatic success.

The Impact are expected to use the same approach against the Rapids as they look to avoid a fifth consecutive loss on the road.

Back from a knee injury and slowly regaining his form, Piatti is embracing his new role as a central attacking midfielder – a position that requires less running back and forth.

“I can’t play on the left side right now because we need to defend too,” the 34-year-old said. “That’s why we have Lassi there. He will help us a lot. He’s extremely fast. I can play up front with Maxi [Urruti] and be more of an offensive threat.

“I feel good playing there. It’s good for me. I don’t have to expend as much energy.”

Garde said he would closely monitor Piatti’s form and evaluate him on a day-to-day basis until the end of the season. The Argentine, who missed 18 MLS games due to injury, played 62 minutes against York9 FC last Wednesday and 65 minutes against the Union three days later.

“He’s not at the point where he can play every game,” Garde said of his captain. “I’m always in talks with him. The good news is he’s been able to play two games in quick succession and he’s not feeling any pain. We have to get him back to his usual pace without risking another injury.”

The Rapids are on a four-game winless streak (0-3-1) that has kept them glued to the bottom of the Western Conference table. Colorado, led by interim coach Conor Casey, is coming off a 3-1 loss to the San Jose Earthquakes the last time out. Two of their most recent three defeats were on home soil.

The Rapids may be struggling to win games but they’re not having a problem finding the back of the net. Casey’s men have been shut out only twice this season. Former Vancouver Whitecap Kei Kamara leads the team with eight goals, though he has failed to score in five straight matches.

As always, the high altitude of Denver – 1,700 metres above sea level – will be a factor for the visitors. The Impact left for Colorado a day early (Thursday instead of Friday) so that players could get used to the thin air. Montreal is 1-3-0 all-time in the Mile High City. 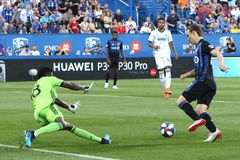 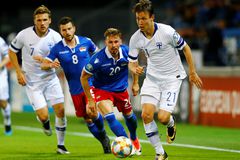