Given the Montreal Impact’s continued struggles on the road, goalkeeper Evan Bush wanted to give his side a leg up – so he probed the opposition.

Bush reached out to former teammate Davy Arnaud ahead of Montreal’s Major League Soccer clash with the Houston Dynamo on Saturday. Arnaud captained the Impact in 2012 and 2013 and is now an assistant coach with Houston.

Far from learning any well-kept Dynamo secrets, Bush got trash talk instead.

“I texted Davy Arnaud yesterday trying to get some info,” Bush said before training this week. “All he told me was that I’m going to be picking the ball out of my net a few times, so we’ll see.”

The visiting Impact (1-0-0) earned a 2-1 come-from-behind victory against the San Jose Earthquakes in their season opener last week. Montreal got goals from its two designated players: Ignacio Piatti and Saphir Taider.

It was a rare road victory for the Impact, who won only three games away from Saputo Stadium all of last season (3-12-2).

Coach Remi Garde was pleased with the performance, but doesn’t want his players to become overconfident and lose their focus so early in the season.

“Let’s put the breaks on the excitement here,” said Garde, now in his second year coaching the Impact. “I’m not a buzz kill, but I’m realistic. Always beware of any excess of confidence. Don’t underestimate your opposition.

“For sure, it’s good that we won that first game. But we need to respect Houston on Saturday and we need to be humble about our victory.”

The Impact have a chance to win their first two road matches of a new MLS campaign for the first time since 2013. Montreal plays its first six games of the season away from home.

The Impact are 0-6-1 all-time at BBVA Compass Stadium in Houston, while being outscored 18-4. The only draw was in 2012 – Montreal’s inaugural MLS season.

“We need to be more aggressive in our play away from home,” Impact defender Bacary Sagna said. “Our play on the road last season was poor. We want to change that this year.”

Added Bush: “These first three games before the international break, we looked at them, circled them and said we want to go and try to win them. As opposed to getting draws, or a point here and a point there. There’s really nothing for us to lose.”

Houston (0-0-1) drew its season opener 1-1 at home to Real Salt Lake. The Dynamo followed that up with a 2-0 loss at home against Mexican side Tigres in the first leg of the CONCACAF Champions League quarter-finals on Tuesday.

With Houston’s second leg of that Champions League matchup scheduled for next Wednesday, it’s unclear what players Dynamo coach Wilmer Cabrera will field against the Impact.

Following his unsuccessful espionage attempt with Arnaud, Bush was forced to make his own predictions for Saturday’s encounter.

“I expect them to be playing their top players,” said Bush, who led the league in saves last season. “Their top four guys going forward – [Mauro] Manotas, [Romell] Quioto, [Tomas] Martinez and [Alberth] Elis – I think are all going to be fit and ready to go so we’ll be prepared for that.”

Those four attack-minded players combined for 41 of Houston’s 58 goals last season. Manotas already has one this year, which he scored against Real Salt Lake.

Manotas, Quioto and Elis were all in the starting lineup against Tigres in midweek.

Opinion
FIFA’s meddling with Qatar’s World Cup should have Canada worried about its own
March 7, 2019 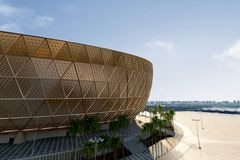 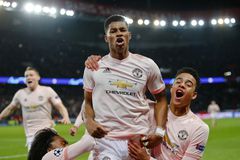 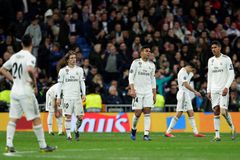