The Montreal Impact has been logging some serious air miles to start the Major League Soccer season and some of the players are beginning to feel the effects.

The Impact jumped on a flight back home from New York before leaving for Washington on Monday.

“It’s not easy on the body. It’s not easy to be on the road all the time,” midfielder Michael Azira said before training on Sunday. “We haven’t played at home these past five games. It hasn’t been easy. You go to different environments, and it’s hard to get points on the road, but we try to do what we can to get the best out of these moments.

Unlike in previous years, Impact management opted not to play any home games indoors at Olympic Stadium during the opening weeks of the season.

Instead, Montreal travelled to San Jose, Houston, Orlando, Kansas City, New York and now Washington before the home opener at Saputo Stadium on April 13 against the Columbus Crew.

But it hasn’t been a disastrous beginning to the 2019 campaign. After wins in San Jose and Orlando, the Impact is 2-2-1 after five road games, on pace to shatter last year’s dismal 3-12-2 away record.

“It’s been a successful trip,” said goalkeeper Evan Bush, who earned his first clean sheet of the season on Saturday in New York. “That was the point all along, to keep our heads above water until we get home games and get the most points that we can. If you just take away the Kansas City game [Montreal lost 7-1], we’re pretty satisfied with the way things have gone so far.

“Conference road games where you can steal any points and keep points from the home team are very important.”

Montreal and D.C. United will be missing key players on Tuesday.

Impact midfielder Ignacio Piatti will miss his third straight game as he continues to recover from a right-knee injury sustained in Orlando. It’s still unclear if Piatti will be fit for the home opener.

Meanwhile, striker Maximiliano Urruti, who has yet to score this season, is serving a one-game suspension for his 70th-minute red card on Saturday for inadvertently stepping on an NYCFC player. Urruti leads the Impact with two assists.

Impact coach Rémi Garde would not reveal who would replace Urruti up front. His three best options are Orji Okwonkwo, Harry Novillo and Anthony Jackson-Hamel.

D.C. United will be without former England international Wayne Rooney, their captain and scoring leader. Rooney was shown a red card for a studs-up challenge on Diego Rossi in the second half of D.C.’s 4-0 defeat to LAFC on Saturday.

Rooney will miss a match for the first time since joining D.C. last summer.

Garde says he will warn his players not to be complacent or let their guard down in Rooney’s absence.

“It’s very dangerous to have this kind of feeling because your concentration and your desire to win drop a little bit,” said Garde, the second-year Impact coach. “I really rate Rooney highly because I love the spirit he puts in his team and the game for so many years now.

Montreal’s biggest problem is the lack of goal-scoring threats. The Impact has seven goals in five games, but only three players have found the back of the net. Piatti and Saphir Taider have each scored twice and Okwonkwo has one.

Evan Bush’s clean sheet against New York on Saturday was the first time Montreal did not concede on the road in 13 away games.

The Impact will be looking for a bit of revenge. An embarrassing 5-0 loss to D.C. United late last season all but eliminated Montreal from playoff contention. 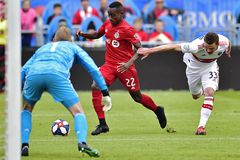 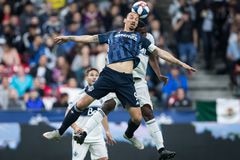 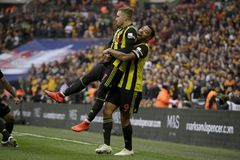