Because Jogi, as he is affectionately known, is a champion.

He led Germany to the World Cup title in Brazil four years ago and his side is hotly tipped to successfully defend the crown in Russia.

Loew will be doing his best not to be caught on global TV picking his nose again, or putting his hands down the front and back of his pants as he did at Euro 2016.

Lately, he’s been displaying his ruthless side, cutting the promising Leroy Sane – the English Premier League young player of the year – from his final squad.

Loew earlier decided also not to include Mario Goetze in his preliminary squad despite his World Cup-winning goal four years ago.

After almost 12 years in charge, Loew has a good idea of what his squad needs. Promoted to head coach after the 2006 World Cup, the former assistant has overseen steady progress marked by semifinal appearances or better in major tournaments.

It’s a high-pressure job. Loew, who smokes, likes to relax with a glass of red wine or to blow off steam by driving fast. Loew lost his driving license for six months before the last World Cup. It was his second offence.

Since his 30-year marriage to Daniela Loew ended after Euro 2016, he has managed to keep his private life to himself as he’s shared time between Freiburg and Berlin.

He’s trying to accomplish leading the first team to consecutive World Cup triumphs since Brazil in 1962.

To do that, the 58-year-old Loew is relying on tried and trusted methods. Loew, an admirer of the Barcelona style of possession-based football, wants his teams to burst forward and combine quickly to create room for attacks.

He builds from the back. Loew has given goalkeeper Manuel Neuer every chance to prove his fitness after he missed most of the season with a foot injury. Neuer will be shielded by Bayern Munich clubmates Mats Hummels and Jerome Boateng, with wing backs Joshua Kimmich and Jonas Hector stealing up and down the sides to provide more weapons in attack.

Loew generally stays cool on the sideline, trusting his players will execute extensive briefings. The depth of his planning is often revealed in post-match interviews when he can speak concisely and at length about tactical systems.

Before leaving for a training camp in South Tyrol, Italy, Loew spoke of the importance of developing “automatism” – repeating exercises and drills so his players make the right choices without having to think during games. He wants his side to play together as one fluid unit. Teamwork is everything.

As a player, Loew enjoyed success with Freiburg in Germany’s second division over three spells from 1978-89 – he’s still the club’s all-time top-scorer.

His relatively humble playing career does not affect his standing among the players, most of whom are stars among some of Europe’s best club sides. Loew doesn’t tolerate egos or attention-seekers.

“We’re not all best friends,” defender Antonio Ruediger told Kicker magazine. “But we’re a team on the pitch. That’s the only thing that’s important.”

Loew blasted striker Sandro Wagner for his critical words and decision to retire after being dropped last month. But then Loew is blessed that such is Germany’s current depth of talent that players know they have to tow the line or they could be easily replaced.

He recently signed a new contract to take Germany through to the next World Cup in 2022, a move which made it easy for him to kill speculation linking him to the vacant coach’s position at Real Madrid following Zinedine Zidane’s resignation last week.

Loew heeds his disappointments. He took responsibility for Germany’s semifinal defeat to Italy at the 2012 European Championship and said the lessons helped win the World Cup two years later.

A lack of creative options cost Loew as France beat Germany at the semifinal stage again at Euro 2016. But now he has Leipzig’s Timo Werner in attack, while Marco Reus can also make a big difference cutting through opposing defences if the Borussia Dortmund winger stays injury-free.

Since Germany wrapped up qualification with 10 wins from 10 games, its preparations for Russia have not been convincing. Draws with England, France, and Spain have been followed by defeats to Brazil – which ended the side’s 22-game unbeaten run – and Austria.

“If we play like this we haven’t a chance in Russia,” Loew said after losing to Austria on Saturday. “There’s a lot to be done. But we won’t drive ourselves crazy and we’re staying calm.”

Another friendly against Saudi Arabia awaits on Friday. Germany’s title defence begins against Mexico on June 17.

Loew promised: “We’ll be in very good condition before the game against Mexico.”

Cristiano Ronaldo’s future with Real Madrid in question ahead of World Cup
June 4, 2018 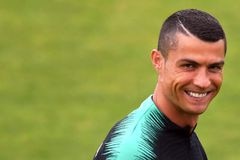 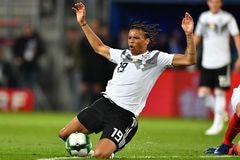 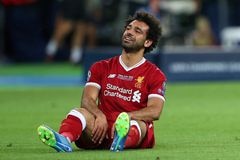