Jose Mourinho’s charm offensive has been in overdrive during his whirlwind first few days at Tottenham.

He has lauded Tottenham’s training complex as being “second to none” and without comparison across Europe “at any level.” He says he has slept in the club’s pyjamas at its on-site hotel, which he rates as “six star,” with its “soft pillows, amazing duvet.”

Now it’s time for a first taste of Tottenham Hotspur Stadium – “the best stadium in the world,” he has purred – as Mourinho continues his quest to win over fans who might still be skeptical about his appointment.

Getting the team through to the knockout stage of the Champions League wouldn’t do him any harm in the ingratiation process.

Three days after guiding Spurs to a Premier League victory at West Ham in his first match since replacing Mauricio Pochettino, Mourinho will take charge of them in a home match for the first time when Olympiakos visits Tuesday in the Champions League.

A victory guarantees progress out of Group B alongside Bayern Munich with a game to spare.

It would complete a decent week’s work for Mourinho as he attempts to rebuild his coaching reputation after a fractious, and ultimately disappointing, 2 1/2 year spell at Manchester United that ended almost 12 months ago.

The Portuguese coach hugged his players and kept a respectful distance from the travelling Spurs fans while he celebrated the 3-2 win against West Ham on Saturday. It might take some time for them to accept Mourinho and take him to their hearts, especially considering the work Pochettino did in raising standards at Tottenham – even getting the team to a Champions League final last season when it lost to Liverpool.

Mourinho has done that with Porto and Inter Milan, winning the title match on both occasions, so is seeking to become the first manager to win European club soccer’s biggest prize with three different clubs – all from different countries. None of them could be classed as modern-day continental heavyweights, either, making that achievement all the more impressive.

“The gaffer’s won at every club he’s gone to – there’s no hiding away from that,” Tottenham striker Harry Kane said. “He wants to win. He’s a proven winner. I’ve made it clear that I’m at the stage of my career where I want to win trophies.

“Realistically we look at the Champions League and the FA Cup this season to try and do that. … You could say that [Mourinho could make the difference] because of his reputation. It’s been three days so, until we build that relationship and see how things get on over the next two or three months, we won’t really know.”

The closest Mourinho has come to winning the Champions League since that 2010 triumph with Inter was a trio of semi-final appearances – all with Real Madrid – in 2011, ’12 and ’13. He got Manchester United out of its group last season, only to get fired before the knockout stages even began.

If he was happy to be back in the Premier League – his “natural habitat,” he called it – at the weekend, imagine how he will feel making a return to the Champions League arena.

“Give me time, give me time to develop my ideas and we will have no problem going to play any team in Europe,” Mourinho said Monday. “We are not afraid of anyone.”

Three teams have already qualified after four of the six rounds of games: Bayern, Paris Saint-Germain and Juventus.

Seeking a win to advance along with Juventus in Group D, Atletico Madrid is well aware of the dangers of a rested Cristiano Ronaldo. Ronaldo took some time off before the second leg of the last 16 in the Champions League last season and responded with a hat trick against the Spanish team as Juventus overturned a 2-0 deficit.

Ronaldo was rested again at the weekend, for Juve’s 3-1 win at Atalanta, as he continues to recover from a knee injury.

Ronaldo showed little sign of any problem while playing for Portugal in the recent European Championship qualifiers, scoring a hat trick in one match and also netting in another.

Juventus is looking to secure the top spot in the group with a win on Tuesday.

Borussia Dortmund coach Lucien Favre has little room for error ahead of the side’s trip to Barcelona on Wednesday.

A win would put the German side, which is a point behind first-place Barca in Group F, through to the knockout stage, but the manner of Dortmund’s performance will have a big say in Favre’s future.

Dortmund fans reacted with fury after a 3-3 draw with last-place Paderborn in the Bundesliga on Friday, berating the players after their latest lacklustre performance in a signal that their patience is wearing thin.

Barcelona can seal first place in the group with a win.

Real Madrid can qualify from Group A – and gain a measure of revenge – by beating PSG on Tuesday. PSG overwhelmed Madrid 3-0 in Paris in September, a result that left Madrid coach Zinedine Zidane under some pressure.

“We’re in better shape,” said Zidane, whose team is only behind Barcelona in the Spanish league on goal difference. “We had a tough game in Paris, but that’s in the past.”

Group C leader Manchester City will advance by beating Shakhtar Donetsk at home on Tuesday. Liverpool has a one-point lead over Napoli heading into their meeting Wednesday in Group E, in which Salzburg is a further four points back before its game against out-of-contention Genk.

In Group H, Ajax, Chelsea and Valencia are all on seven points. Valencia plays host to Chelsea on Wednesday, when Ajax travels to Lille.

In Group G, Leipzig and Lyon can advance by beating Benfica and Zenit St. Petersburg, respectively, on Wednesday.

Man United roars back but has to settle for tie with Sheffield United
Subscriber content
November 24, 2019 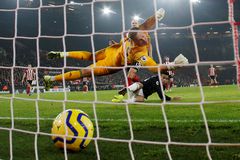 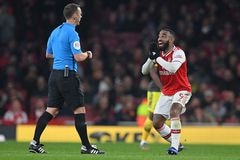 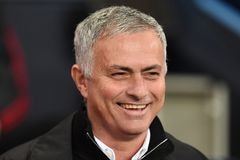