In the matter of France playing Argentina on Saturday in the World Cup’s Round of 16, all bets are off. Neither team has played to its potential. France is packed with some of the best young talent in Europe yet it has gone through a sleepwalking version of getting to the knockout stage.

Argentina is the greater puzzle, though. The inexplicable strangeness of a team with Lionel Messi stumbling through a tied game with Iceland, a defeat to Croatia and a hair’s breadth win over Nigeria. Why can’t Messi’s magic be unlocked and unleashed? It’s about numbers and systems. And the key number is 10. It always is with Argentina.

Argentina is the most neurotic soccer nation on earth. You have to be there to grasp the abnormality of it. A few years ago I went to Buenos Aires to see Argentina play Colombia in a World Cup qualifying game. The upshot was Argentina won it 1-0, with Daniel (Cata) Díaz scoring his first and only goal for his country. Diego Maradona was the team manager, Messi was the superstar player and was invisible throughout.

During the game at the River Plate stadium, the home supporters were mostly quiet and strangely so. I asked my translator, Marcelo, what people were saying. The gist, he said, was “I’m worried.” Everybody was saying they were worried about the team, the tactics, the formation.

After the game Maradona gave a rambling news conference in which he complained about the field, the stadium, the referee. But, he said, a win is a win.

My host for the visit was Carlos Pachame, a former player both for Argentina club teams Estudiantes and Boca Juniors and for the national team. He had coached Argentina’s under-20 national team and was assistant coach to Carlos Bilardo when Bilardo coached Argentina to victory in the 1986 World Cup in Mexico and to the final of the 1990 World Cup in Italy. If you watch the video of Maradona scoring his two amazing goals against England in 1986, you can see Carlos on the sideline, smiling, as Maradona does his magic.

After the game in Buenos Aires, Carlos took me out for dinner at a traditional steak house. Over enormous steaks and many glasses of Malbec, the Argentina team and its problems were discussed. Carlos has excellent English but Marcelo came, too, and was a bit awed to be in the company of the great Pachame. Marcelo asked him why he hadn’t attended the game, but he already knew the answer. Carlos had long since fallen out with Maradona – everybody had – and being there would be awkward.

Eventually Carlos got down to analyzing Argentina’s performance. He turned over a big paper placemat to its blank side and began making diagrams of the tactics needed to exploit the exquisite talent of Messi. By the end of the evening he’d gone through five paper placemats.

The problem, really, is that Messi is not a traditional 10 is any sense. Messi operates in a pocket of space on the right side of the opposing team’s penalty area. It’s where he gets the most creative action for his club team, Barcelona. He is skilled enough to be a 6, an 8 or a traditional 10, but he is none of those things. He is Messi, unique at dribbling, finding space and formidably accurate with the ball at his feet.

What Messi needs to flourish in this Argentina team is, in truth, an old-school 10 playing behind him, ensuring the ball gets to Messi at the perfect moment. An old-school 10 like Juan Roman Riquelme was for Argentina in and around the period of the 2006 World Cup. I saw Argentina play there, too, in a quarter-final loss to Germany. Argentina had dominated a cagey match and was leading 1-0 with 15 minutes remaining. It was then that manager Jose Pekerman took Riquelme off and Germany was able to find space to score an equalizer and, after extra-time, Germany won on penalties. The game ended in fistacuffs as a furious Argentina exploded in rage. Mostly, mind you, it was rage at its own failure. At that game, Lionel Messi, then 19 years old, sat on the bench, unused.

Any joy Messi has had at this World Cup came from a traditional Argentina-style midfielder supporting him. In the game against Iceland it was only when attacking midfielder Ever Banega was introduced in the second half that Messi got ball supply. In the game against Nigeria it was Banega (who wears the number 7) who sent that glorious pass to Messi for that superbly executed goal. Against Croatia, Banega sat in the bench, unused. Systems, you see, systems must be used.

That night in Buenos Aires, Carlos Pachame spent all that time trying to find a way to best use Messi. The conclusion was that Messi didn’t fit into the system. He still doesn’t. The old-school Argentina system needs to change to suit him, against France especially. He’s not a 10 that anyone has seen before.

Messi’s legacy is on the line for the rest of the World Cup, starting with game against strong French squad
Subscriber content
June 29, 2018 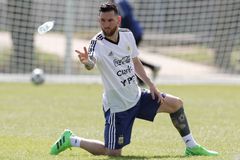 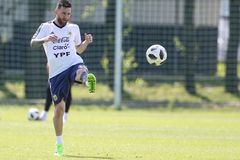 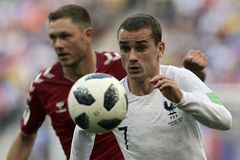