There were times this season when it felt like Dejan Lovren’s days at Liverpool were numbered.

Like when the defender was substituted 31 minutes into a humiliating 4-1 loss at Tottenham in the English Premier League in October, having been at fault for the opening two goals. He didn’t play the next three games.

Like when Virgil van Dijk arrived at Anfield in late December for a fee of $99-million, a world record for a defender. The widespread view was that Lovren would be the player making way.

More fingers were pointed at the centre back in March, when he failed to handle the physicality of Romelu Lukaku in a 2-1 loss at Manchester United.

That Lovren will finish the season as the man entrusted with marking Cristiano Ronaldo in the Champions League final against Real Madrid on Saturday is testament to his determination and the continued faith shown in him by Liverpool manager Juergen Klopp.

“I was not in doubt about him,” Klopp said on Monday. “Maybe I was the only one.”

Liverpool fans have certainly begun to appreciate a player who was often a scapegoat, with Lovren a tower of strength in the last two months as Liverpool reached the final of the Champions League against the odds and ensured they’ll be in the competition whatever happens in Kyiv thanks to a top-four finish in the Premier League.

Two of his recent performances stand out – the home-and-away legs against Manchester City in the Champions League quarter-finals when Liverpool restricted the most prolific team in England to one goal.

Firstly, Liverpool’s defence – in particular its centre backs – has become less exposed following the sale of midfield playmaker Philippe Coutinho to Barcelona in January and the signing of Van Dijk the same month.

The team’s “Fab 4” attack – of Mohamed Salah, Sadio Mane, Roberto Firmino, and Coutinho – became the “Fab 3,” and Klopp started to field a more robust central-midfield three that offers better protection to the back four.

Then there’s the presence of Van Dijk, a calm and composed figure at the heart of the defence who plays with the kind of authority Liverpool was lacking.

Lovren acknowledged on Monday that his confidence has grown by playing alongside Van Dijk in the second half of the season. That viewpoint might not go down well with his previous centre back partner Joel Matip – as Klopp pointed out with a laugh – but the evidence is clear to see.

“It is always good to receive quality,” Lovren said, “and Virgil has definitely the quality that has helped the team to improve of course defensively, and also to bring this calmness into the team.

“I feel also, personally, much more confident when you know you have a really good partner next to you. ... It is great we didn’t take too much time to connect with each other in the games.”

That makes Lovren exude self-belief heading into the biggest match of his career, and feel that he – and Liverpool – can stop Ronaldo from helping Madrid lift the Champions League trophy for a fourth time in five years.

“He is already in this kind of game for 12 to 15 years,” Lovren said of Ronaldo. “Every year, he scores more than 30 goals and even if he has a bad season he scores 30 goals. But we play in the Premier League against the best strikers in the world and we know how to defend like a team.

“When you want to stop Ronaldo, we will stop him together. In some parts of the game, it will be one against one and it will be tough but it is a challenge that I am ready for.” 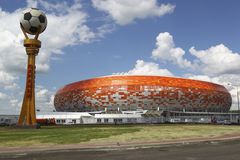 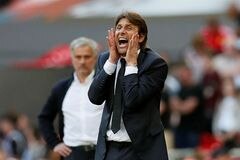 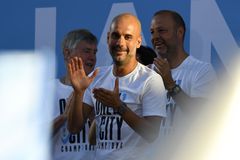