It’s a part of their history the Vancouver Whitecaps would rather never happened.

The last time the Whitecaps and Toronto FC met in the final for the Canadian Championship was 2016. Vancouver looked to have the Voyageurs Cup in hand, leading late in the match, until Will Johnson scored deep in extra time. That tied the game 2-2, but Toronto won due to an extra away goal.

“We’ve had a lot of drama and a lot heartbreak in this tournament in the past,” said midfielder Russell Teibert. “That’s just one of the times.”

Mention that loss to Whitecaps’ head coach Carl Robinson and a pained expression crosses his face.

“It doesn’t sit well, that,” said Robinson. “It wasn’t a good moment.”

The Whitecaps and Toronto FC will be looking to create some new history Wednesday when they clash at BC Place Stadium in the opening leg of the two-game, total-goal series. The final will be played next Wednesday at BMO Field in Toronto.

Besides being awarded the Voyageurs Cup, the series winner earns a place in the 2019 CONCACAF Champions League and an opportunity to win a spot in the FIFA Club World Cup.

The Canadian Championships are special for Teibert. The Niagara Falls, Ont., native has made a record 20 appears in championship matches.

“I take a lot of pride in being the best team in Canada,” said the 25-year-old who joined the Whitecaps residency program in 2009.

The Canadian Championships have been an elusive target for Vancouver. The Whitecaps have reached the final seven times but claimed their only title in 2015. Defending champion Toronto has won six times.

This is veteran striker Kei Kamara’s first experience in the championships, but he fully grasps the importance.

“Every championship is good,” said Kamara. “I always want to win something, and this is going to be something big.”

A two-game series presents special challenges when it comes to tactics. Scoring at home is important, but a team doesn’t want to give up an away goal.

“You can lose everything in the first game depending on how you go into it,” said Kamara. “It’s our house. We believe in how we play here.

“I’m sure Toronto is a bit worried coming over to this place because it’s not easy playing in Vancouver.”

Robinson wasn’t tipping his hand on any game strategy.

“Two-legged games are never easy,” he said. “We are at home. We know what we got in our minds want we want to do.”

The Whitecaps have a record of 8-9-6 in Major League Soccer. Toronto is 6-11-5 but have suffered just one loss in their last five games.

“The last five matches have been good,” said forward Tosaint Ricketts. “I think we are turning in the right direction.”

Both teams are coming off road draws. The Whitecaps needed a late goal from Erik Hurtado to tie New York City FC 2-2 Saturday in the Bronx while Toronto settled for a 2-2 draw with Atlanta United FC.

Records aside, Robinson has painted his team as the underdog.

“We know we are the clear underdogs Wednesday,” he said. “They are a very good team.

“They are in form at the right time. They have key players all over the park. We have to be at our maximum if we want to try and get a positive result.”

Toronto at Vancouver(Opening leg of the Canadian Championship)

OLD FOES: Since 2009 Toronto and Vancouver have met in the final five times. Toronto has won each series.

GETTING HERE: Toronto advanced to the final by a 4-0 aggregate victory over the Ottawa Fury. Vancouver overcame an opening game loss to defeat the Montreal Impact 2-1 in the other semifinal.

HOT TORONTO: Including MLS and Canadian Championships, Toronto is 4-0-1 over the last five games and have outscored opponents 11-3.

MODEST STREAK: The Whitecaps are 2-0-1 in their last three games. 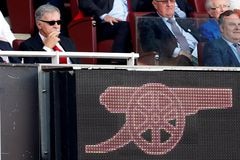